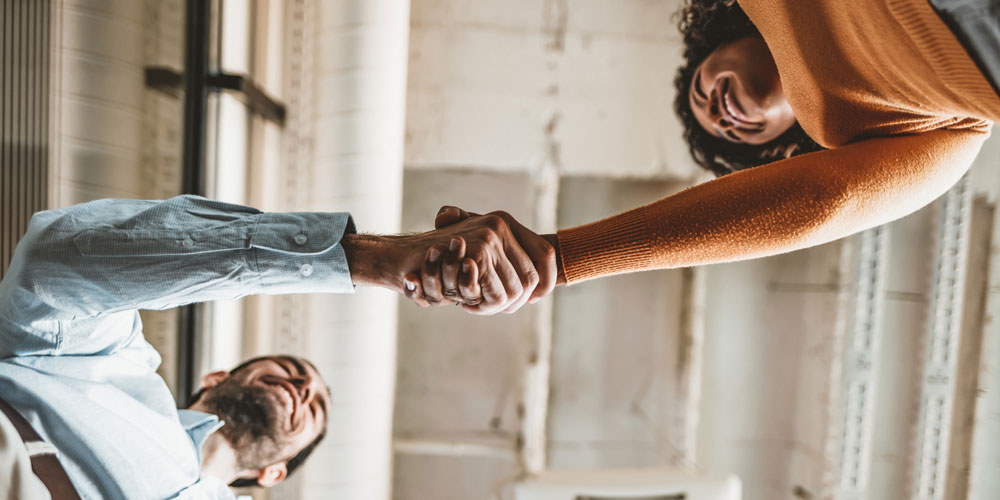 Mutualism: Building the Next Economy from the Ground Up

In 1994, Sara Horowitz took a job with a law firm specializing in labor cases. It was a dream start for someone who’d studied industrial relations in college and whose family was steeped in trade unionism. But Horowitz quickly discovered she had been hired as an independent contractor, and was thus ineligible for health insurance, pension contributions, or paid leave. She spent her days fighting for benefits for her clients while being denied access to them herself. Twenty-five years later, she remains “livid” at the firm’s “incredibly stupid” decision — which proved to be the defining moment of her career.

Horowitz soon left to set up a nonprofit, the Freelancers Union, to provide benefits to contractors. At its peak, before the Affordable Care Act came into effect, the Freelancers Union was brokering health insurance for many of its 200,000 members, running a health and community center in Brooklyn, and successfully campaigning to change New York state laws to favor freelancers over their employers in payment disputes. Behind her change of career is her belief in the power of mutualism, or the act of people coming together “to solve their own problems by building the institutions they need.” Horowitz sees mutualism as a thread running through many of the United States’ great successes. The pioneers built associations to survive when staples were scarce in the 19th century. The New Deal empowered unions as the economy was rebuilt after the Depression. The civil rights movement achieved national recognition only after organizations from across the country joined together. 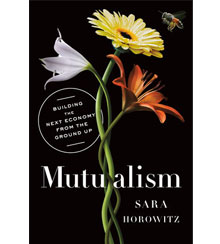 Although the idea of mutualism can sound nebulous and idealistic, Horowitz tightly defines it as the creation of organizations with a purpose, a long-term focus, and, most important, a sustainable and independent way of generating revenue. A babysitting circle that exchanges credits is a mutualist operation. An after-school educational provider reliant on charitable grants is not. The Freelancers Union only took off when it began to broker insurance, and thus generate revenues. As a self-sustaining organization, it could refuse funding that did not match its ethos, gain political power, and expand into new types of service provision. Mutualism rolls together the story of the Freelancers Union, a manifesto arguing for the strengthening of the mutual sector and the history of how the U.S. gradually stitched together a social safety net and then spent decades pulling it apart.

This is a very personal book. We learn about Horowitz’s grandfather Israel, who was a major figure in the unionization of New York’s overworked and underpaid garment workers in the early 20th century — and who broadened the movement by offering healthcare, education, and housing designed for workers. Horowitz praises the New Deal not because of the jobs it created or the protections it enshrined, but because it enabled the work of her grandfather’s generation to grow. New Deal legislation didn’t order companies to pay higher wages; it empowered unions to fight for them. Horowitz puts great value on this distinction, because the latter approach grants greater autonomy and ownership to workers.

New Deal legislation didn’t order companies to pay higher wages; it empowered unions to fight for them. Horowitz puts great value on this distinction, because the latter approach grants greater autonomy to workers.

For the labor movement writ large, the last 75 years are a story of decline. The Taft-Hartley Act of 1947 forbade certain job types, including supervisors and independent contractors, from unionizing. Over time, supervisors “switched from having solidarity with their fellow workers to becoming an arm of management,” for whom unionized employees became expensive and, at times, an annoyance. As firms sought to wriggle out of the costs of providing benefits, they encouraged the growth of the freelance sector. Horowitz equates the decline in union membership, from one in three workers in the mid-1950s to fewer than one in 10 today, with an increase in the amount of risk that workers have to carry on their shoulders: to stay employed, to stay healthy, to save for retirement.

In dissecting the decline of the labor movement, Horowitz directs relatively little ire toward the right and its long-held faith in markets to distribute labor efficiently. In fact, her greater frustration is with the Democratic heirs to FDR. After 1968, when Richard Nixon defeated Hubert Humphrey, Democrats responded in part by pivoting to court white-collar professionals, a decision that Horowitz sees as a critical mistake. Republicans absorbed the white blue-collar “Reagan Democrats,” forcing Democrats into a “defensive crouch.” When the party reemerged in the 1990s, Horowitz believes, it saw unions as a tool for the poor and low-skilled, and the government as the only institution capable of providing support services to communities.

Horowitz takes umbrage at both notions, and she has some compelling evidence. First, in 2019, employees at the crowdfunding firm Kickstarter attempted to unionize. The company pushed back, arguing that its “privileged workers” were “misappropriating” the tool of unionism, which is only for the protection of “marginalized workers.” Elsewhere, Horowitz describes the blank looks she got when first advocating for a safety net for freelancers earning US$50,000 a year. What she considered a working-class income, others saw as a signifier of wealth.

And where the New Deal provided the tools for the mutualist sector to grow, more recent Democratic policy has squashed it underfoot. Millions of Americans have gained insurance since the passage of the Affordable Care Act. But for many of those who had access to insurance tailor-made to their needs, such as the members of Horowitz’s Freelancers Union, Obamacare meant having to enroll in new policies with narrower coverage, higher premiums, and lower-quality care. “Our mutualist strategy was invisible to the government,” she laments.

The coronavirus pandemic has been devastating to workers, with millions of people losing jobs and, in the U.S., their access to health insurance. But Horowitz takes heart from the spontaneous way in which Americans embraced mutualist principles to bear the load of the pandemic — through virtual church services, food cooperatives, and unions protecting their members. She believes the instinct to come together remains unchecked.

Topics: business books, economics, healthcare, labor, unions
Get s+b's award-winning newsletter delivered to your inbox. Sign up No, thanks