Middle management don’t get no respect, to steal a line from Rodney Dangerfield. In popular culture, middle managers are often the butt of the joke — picture the oily sleazeball in Office Space or the pointy-haired cretin in Dilbert cartoons. Their position betwixt executives and employees has been characterized as “an impenetrable layer of suck.”

Gary Hamel of London Business School thinks middle management should be eradicated; Bob Sutton of Stanford doesn’t like it but grudgingly acknowledges its inevitability — death, taxes, and the branch manager. The New York Times isn’t publishing a “Windowless Office” column about today’s most interesting managers, nor are business book readers clamoring for bios of the manager of a Tesla store or the director who runs a portion of iTunes. None of us looks to managers for leadership lessons. But maybe we should. 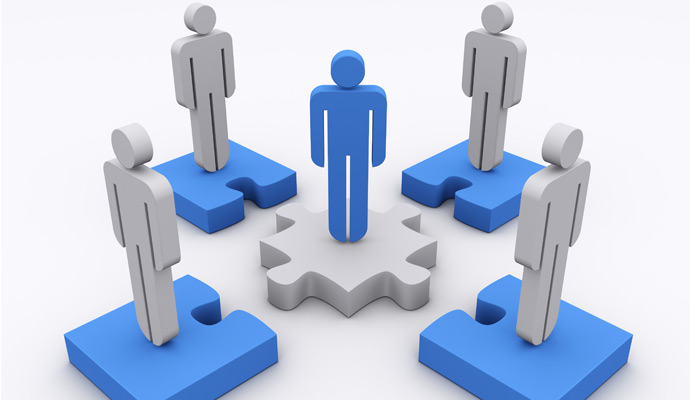 Most of the leaders I knew in my short career as a full-time employee weren’t CEOs. In more than a few of those jobs, I didn’t know the CEO’s name. It turns out that I’m not unusually oblivious: A 2017 survey found that 23 percent of Americans who work at companies with more than 500 employees are unsure of the name of the CEO. Thirty-two percent aren’t sure they could pick their CEO out of a lineup — a task that they will never be called upon to perform, hopefully. But we can all reel off the names of our managers.

That’s because managers are our leaders. They direct, coach, and appraise us. They play an outsized role in the quality of our work lives and work–life balance. They provide us the opportunities to grow and advance professionally. Aside from a few self-made founders like Mark Zuckerberg and scions like Donald Trump, I’d bet that almost all CEOs of large enterprises owe their positions to managers who recognized their potential early on and encouraged them to realize it.

At a time when the median tenure of S&P 500 CEOs is five years and 22 percent of new CEOs (pdf) come from outside the company, managers are the human embodiment of the corporate culture. They know “how things get done around here.” While it’s popular to blame managers for blocking change by clinging to outdated cultural norms, far more often they are the transmitters of the “critical few” behaviors that have the potential to generate a real business impact and the three or four cultural traits that define a company’s collective sense of identity. They are the critical informal leaders, whom Jon Katzenbach, Rutger von Post, and James Thomas say “motivate others by what they do and how they do it.”

Managers not only know how things get done, they ensure that things get done. They translate visions and strategy into reality. Back in 2004, in First, Break All the Rules, Marcus Buckingham and Curt Coffman reported that a massive set of studies by Gallup revealed that frontline managers lay “the foundations for the truly productive workplace.”

Managers are an overlooked source of innovation. In 2001, INSEAD professor Quy Nguyen Huy reported that a study involving a large telecommunications company found that 80 percent of executive-initiated projects fell short of expectations or failed outright, while 80 percent of middle manager–initiated projects succeeded, creating US$300 million in profits. Surely, the fact that managers are closer to the action than executives is one big reason that their projects are more successful.

Managers are on the operational front lines with employees and customers. They know far more about what employees need and what customers want than senior leaders do. That’s one of the reasons that newly commissioned military officers are told to lean on their NCOs. “Noncommissioned officers are the best judges on the ground. Commanders should use their wisdom and know-how to improve things,” says General Bernard W. Rogers.

In spite of all of this, middle managers are seen and treated as expendable. When times get tough, their numbers get cut as if they were deadweight — frequently to the applause of stockholders. Instead of releasing managers, perhaps senior leaders should be thinking about releasing their potential.

For starters, executives can stop treating managers badly. Studies show that when senior leaders treat managers disrespectfully, the dysfunction cascades down through the company. Managers follow the lead of their leaders and treat employees badly. And performance suffers throughout the company.

Next, instead of dictating orders to managers, senior leaders could start sharing more information with them. These days, the technologies needed to stream data to every organizational outpost are available to every company. Data dashboards can help middle managers become even more effective and nimble at their jobs by allowing them to use pertinent facts and figures for enhanced, highly autonomous decision-making capabilities in real time. What’s missing, then? Maybe it’s the belief among senior leaders that the investment will pay off.

Finally, senior leaders can start listening more intently to managers. There are good ideas percolating in the minds of managers throughout large companies, but whether those ideas ever see the light of day is a function of the quality of senior leadership. Executives who listen to managers are likely to discover a wealth of practical, innovative ideas, as well as reliable intelligence about employees and customers.