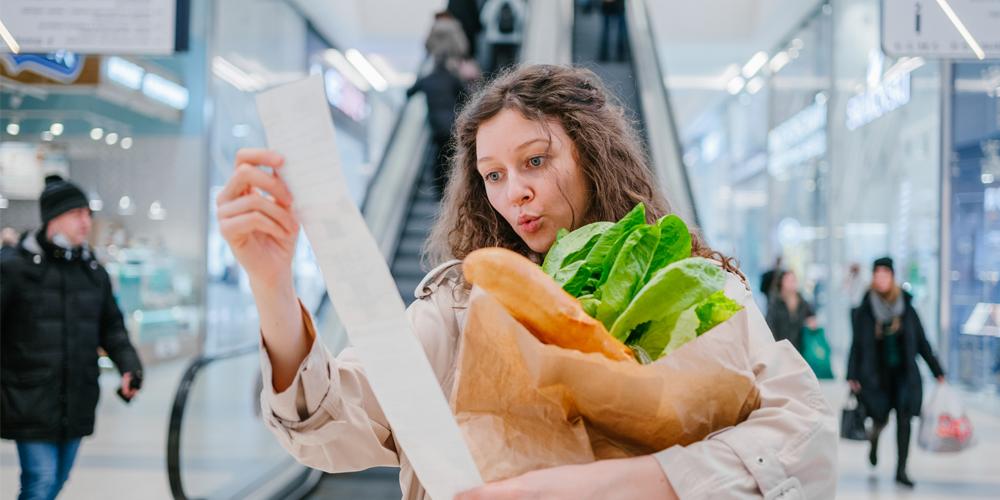 Direct: The Rise of the Middleman Economy and the Power of Going to the Source 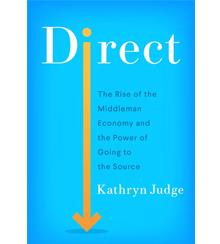 What are the costs of lower costs? Plenty, if you follow the argument in Kathryn Judge’s new book Direct. In this engaging take about a nascent threat in today’s economy, Judge, a professor of law at Columbia University, indicts both the hidden and overt costs that consumers pay in what she calls the middleman economy.

Judge’s subjects are the digital and e-commerce platforms that act as the wholesalers, retailers, and brokers between customers and the products and services they buy, and their meteoric rise, brought about by intense global demand and increasingly complex supply lines. Although in some ways middlemen are needed, her warning is clear: habituating ourselves to buying from global intermediaries has blinded us to the benefits of more intimate and local economies.

Judge writes, “The very attributes that make middlemen good connectors also give them outsized power. In time, this enables them to expand their domains, entrench the need for their services, contort consumer decision making, and otherwise promote their interests at the expense of those they are meant to serve.”

The costs of middlemen are multiplying, and appearing in places where we might not expect, including higher fees paid to realtors for house sales. But for Judge, costs go beyond mere economic hazards and represent an artificial intermediary that diminishes the integrity of direct exchange. In more forceful passages, she charges the most dominant intermediaries with contributing to loneliness, isolation, and lack of “human flourishing” around the world.

Judge, whose academic work shows a keen interest in finance and regulation, writes in a clear and insightful voice, drawing meticulously from academic journals and sources that include reports from the US Department of Agriculture, research from the National Bureau of Economic Research and the US Federal Reserve, as well as detailed accounts from the public writings of members of community supported agriculture (CSA) groups, which allow consumers to buy directly from local farmers. She also frequently taps personal experience, comparing the process of buying fresh produce as a CSA member to purchasing similar items at a big box store. Such examples give her argument traction while revealing her bias for local (aka direct) commerce. As such, the book has shades of E.F. Schumacher’s Small Is Beautiful and Lewis Hyde’s The Gift, flavored with Christopher Mims’s Arriving Today—her argument shines when her material is tied to immediate and growing economic trends.

She writes that e-commerce has evolved into a marketplace where “dominance is often the norm,” where big players have gradually established platforms that bestow outsized control to their multifaceted roles. Retailers that dominate today have aggregated their scale and their emergent assets (such as producing private-label goods) to deliver espoused benefits of lower prices and greater convenience to consumers. “Node upon node, each doing a little—the thing that it can do most cheaply—until the entire notion of making is so disaggregated that no one company, much less person, can be said to be the maker of any finished good.”

But she also shows how giant middlemen and long supply chains are two sides of the same coin. In short, for good or ill, we still need middlemen to help negotiate global demand, and more geographically distributed and logistically complex sourcing. “Each props up and gains momentum from the other, resulting in even larger middlemen and even longer and more complex supply chains.”

The costs of middlemen are multiplying, and appearing in places where we might not expect, including higher fees paid to realtors for house sales.

“Middlemen are not the problem…, the middleman economy is,” writes Judge, as she advances a structural argument against ring-fenced ecosystems. In one example, drawing from sources like Charles Fishman’s brilliant book The Wal-Mart Effect, she tracks how the retail giant has morphed from a major player in retailing to an economy unto itself, in part because the company has leveraged unique strengths into next-level advantages like upselling, retention, and customer intelligence.

Judge chides large players such as the National Association of Realtors for exacting what she considers excessive commissions. She targets large financial players for creating exotic and unnecessary (indirect) financial products that helped cause the great bust of 2008. But she metes out her strongest argument against e-commerce heavyweights, who use their dominant market positions to undercut competitors on price and lure customers with conveniences like free shipping.

What’s more, platforms that host third-party sellers in addition to their own brands have enabled the biggest players to morph into being both the gamblers playing at the table and the house taking its guaranteed cut of the kitty. The power that this merger grants is substantial in a market with tight margins. Smaller players face what seems like a well-defended fortress, unable to compete simultaneously on all fronts.

Ultimately, the reader is challenged to consider the human values that direct purchasing can provide. Judge offers numerous examples of ways that consumers can buy directly from local institutions and boutique ventures (consider your local bookseller!). She believes that direct exchange fosters connection and community while promoting a more just, resilient, and accountable economic system, and she shares tangible steps toward realizing this vision. Direct is a charming reminder of the hidden costs that are often bundled into small gains, and the human benefits made possible when buying locally.