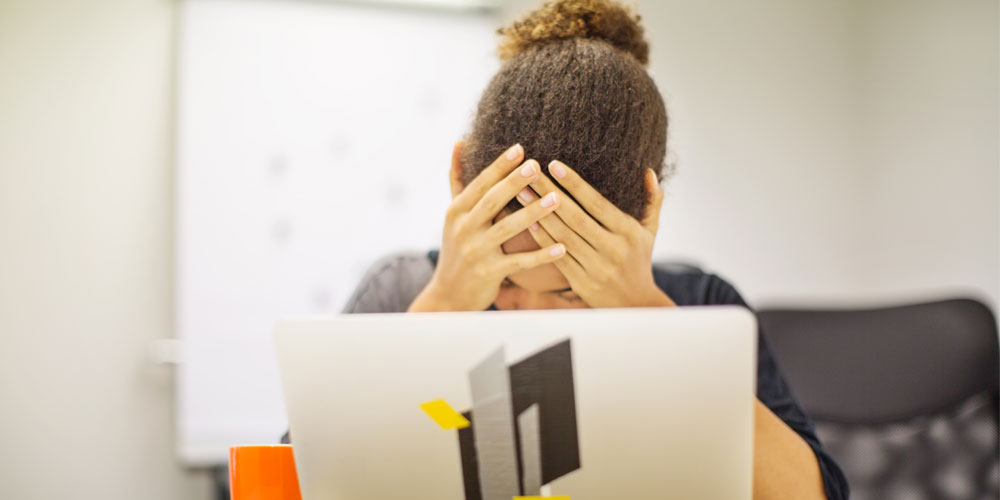 Can’t Even: How Millennials Became the Burnout Generation

In 2018, after an intense period of travel and reporting, Anne Helen Petersen’s editor at BuzzFeed suggested she was burned out. Although Petersen couldn’t see it at first — she spent the time off she was granted furiously writing a book proposal — she eventually acknowledged “I had been a pile of embers, smoldering for months.” Reflecting on the experience, she wrote an essay about how millennials struggle to get anything, even the most mundane tasks, completed. The other shoe dropped: “I [had] internalized the idea that I should be working all the time.” The article generated millions of page views and a flood of reader responses. She realized she had hit on a generational, “foundational” issue. 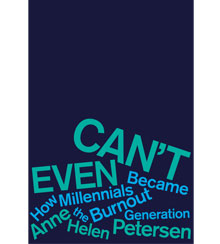 Can’t Even: How Millennials Became the Burnout Generation, a fuller exploration of Petersen’s BuzzFeed essay, is a powerful retort to the common perception of her generation as “a bunch of underachieving college students.” This perception needs an upgrade if for no other reason than the fact that millennials are getting older: The oldest members of the vast generation born between 1981 and the late 1990s are now close to their 40s. Millennials are now grown-ups — often parents and homeowners — living through “some of the most erratic, anxiety-filled years of adulthood.”

Petersen roots the burnout epidemic not in her generation but in that of her parents, the baby boomers. There has been plenty of cross-generational sniping in recent years. It was the boomers who crafted the avocado toast–eating, chai latte–drinking stereotypical image of millennials, the spoiled children who want everything on a plate and are unable to knuckle down and get on with the real business of being an adult. Millennials, in turn, see boomers as too selfish to notice that they were breaking the system that had enabled them to become the most privileged generation in history.

Thankfully, Petersen’s take on the matter is a bit more nuanced. She sees more similarities between the generations than either would care to admit: Boomers were trying to make their way in the 1970s, a period of economic decay, wage stagnation, declining trust in government and “generalized disillusionment.” These are circumstances that should sound familiar to their millennial children. But, according to Petersen, the boomers’ response to these conditions set up millennials to struggle. First, boomers’ embrace of market-based thinking and public spending cuts reduced the risk-sharing aspects of society, such as state or employer funding of pensions, healthcare, and training, instead passing responsibility to individuals. And in response to this uncertainty, boomers began to parent much more intensively, perhaps seeking control over at least one part of their lives. Their “concerted cultivation” of their children brought unprecedented extracurricular opportunities, but also an expectation among the youngsters that middle-class security, a good job, and personal fulfillment were theirs for the taking. According to Petersen, “all we needed to do was work hard enough.”

This is the crux for Petersen and her contemporaries. They worked hard to get into college, borrowed heavily to pay for it, and toiled in internships for which they were overqualified. Those without the connections or means to work for free hustled on the side. They feel like they have kept their end of the bargain. But millions graduated into the recession following the global financial crisis.

Millennials are the generation that has put social media onto its pedestal, but, as Petersen shrewdly notes, they also have a “uniquely aggravating” relationship with the apps: “Our young adult lives were profoundly shaped by them, but we also have distinct memories of what life was like before their existence.” Work-centered apps such as Slack promoted productivity, but “allowed work to spread into the crevices of life where until that point it couldn’t fit.” And because their parents’ intensive child-rearing has become “the foundation of ‘good parenting,’” millennials feel like they are failing at home if they are not able to provide the same packed schedules that they themselves experienced.

Work-centered apps such as Slack promoted productivity, but also ‘allowed work to spread into the crevices of life where until that point it couldn’t fit.’”

Among the consequences for Petersen is the decision not to have children. She describes how, with plenty of struggle and a lot of luck, she has ended up in “a place of tentative security.” But she has the wisdom to realize that “in my particular scenario, children would explode all of that.” Although Petersen’s knowledge of herself is commendable, the choice that she has been forced to make is not. The U.S. birthrate is already at a 35-year low; the country cannot afford a generation who themselves cannot afford to raise children.

Petersen refuses to conclude Can’t Even with solutions, “handy checklists or boxes of everyday tips,” because those would treat the symptom, not the cause. She argues, convincingly, that the millennial malaise is a society-wide problem that cannot be fixed by the individual alone. Petersen asks her readers to “vote en masse to elect politicians who will agitate for [substantial change] tirelessly.” I’m not sure that even she believes this is likely. Instead, the sole cheer within Can’t Even is provided by companies, including Costco, QuikTrip, and Trader Joe’s, which treat their staff well and provide millennials with affordable healthcare, stable shifts, free training, and the prospect of internal promotion. These attributes mark out these firms in today’s job market, but were standard issue a generation ago. Which, ultimately, is Petersen’s point.

Topics: business books, economy, human resources, millennials, sharing economy
The business insights you need to succeed. Get s+b’s best ideas delivered to your inbox twice a week.
Sign up         No, thanks