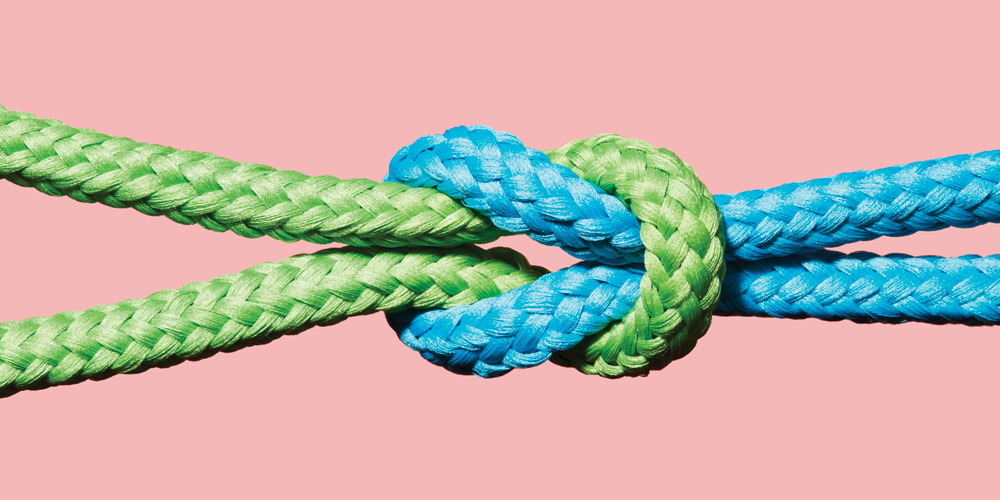 Last year, in the final, adrenaline-filled moments before a team my colleagues and I had been working with for months presented their conclusions in a public meeting, hundreds of years of pain and polarization suddenly came to an angry head. It was all about one word in the text they were about to share, one word that exposed the deep-rooted schisms in the team and in the system they represented and were trying to change.

They were civic leaders from South Carolina who had been working together to try to fix their chronically ineffective and inequitable social services system. Just before the meeting, a white, conservative businessman on the team raised an objection to including the word “racism” in the presentation because he thought it unfairly blamed present-day white people for historical injustices. A black woman on the team who was an agency administrator became upset at his unwillingness to acknowledge the ongoing, systemic white privilege and discrimination against black people that she had both witnessed and suffered from. Tension in the room surged.

It wasn’t the first time that I’d seen a long-simmering stew boil over. During this same period of time, I’d been involved in efforts to address political conflicts in Thailand, Ethiopia, Mexico, and Canada, where I’d witnessed many similar interactions among people from vastly different backgrounds. Sometimes I’d even participated in and created such schisms, when I’d found myself thinking not only that I didn’t agree with what my teammates were doing, but that they were wrong, irresponsible, and untrustworthy.

In all of these situations, in our world at large, and even — usually in muted ways — in our businesses, I see a pattern of increasing fragmentation, polarization, and demonization. People’s labeling of “those others” follows the same sequence of my labeling of my teammates, and can go further: from different to wrong to bad to evil, and even to not human and not deserving to live. Our public discourse is becoming dominated by an “us versus them” mentality, drawn along lines of ideology, class, ethnicity, religion, and nationality. In business, we separate people into “us versus them” according to how they think or which team or organization they belong to. Sometimes we treat the others as colleagues or friendly competitors, and sometimes as enemies. This “enemyfying,” in all realms, can sometimes be functional for a while — by mobilizing us to fight — but it can also be extremely dangerous.

Another world is possible.

First, you have to see it

In 1997, I facilitated 10 days of meetings for Destiny Colombia, a project to develop scenarios for Colombia’s future. The meetings included representatives of most of the parties in the country’s long, violent conflict — politicians, businesspeople, community leaders, trade unionists, military officers, and commanders of the illegal left-wing guerillas and right-wing paramilitaries. These meetings and the consensus they produced about what could happen in Colombia became well-known across the country, but seemed not to make any difference to resolving the conflict.

But then in 2016, Colombian President Juan Manuel Santos signed a peace treaty with the largest guerilla group and was awarded the Nobel Peace Prize. On the day he acknowledged the prize, he described the meetings 20 years before as “one of the most significant events in the country’s search for peace.”

Social systems have two drives: power, the drive to self-realization; and love, the drive to reunification. Increasing fragmentation is a manifestation of power without love.

I always wondered why the apparently fruitless meetings of Destiny Colombia were remembered and spoken about by so many people for so long. I now think that the actuality of this team and the consensus they reached represented an “existence proof”: a visible demonstration that it was possible for the warring factions in this situation to work together peacefully and productively — even though that work might be difficult or temporary or insufficient.

I recently had a personal experience with the utility of such an existence proof. Last October, my doctor told me that to be healthy, I needed to lose weight, and in the months that followed, I managed to lose 50 pounds. Doctors had given me such stern lectures several times before. Why did I finally succeed in taking action? I think it was because that last time, right after I talked with my doctor, I met a friend I hadn’t seen in a year who had been in a similar situation and who had slimmed down dramatically through a program of diet and exercise. I was able to see with my own eyes that this could happen.

In my case, I found that losing weight took attention and effort but was doable. I thought that I needed to do it, that it was possible, and that I knew how. The biggest effect on me was actually more mental than physical. I discovered that I can do this. I don’t know what will happen in the future — maybe I’ll gain the weight back. But I can’t unknow that this different way is possible.

Since the Destiny Colombia project, my colleagues and I have helped more than 100 multi-stakeholder teams work together on shared challenges. Some of these efforts have been in extraordinarily complex and conflicted situations like in Colombia, and others in more ordinary situations, on issues such as health, education, energy, environment, and governance. I therefore know that there’s another way of solving tough problems.

Next, balance your drives for power and love

My graduate studies were in economics and an economist, the quip goes, is someone who lies awake in bed at night wondering whether what works in practice can ever work in theory. So, I have tried to understand what is required for people to go beyond “us versus them,” not only practically but also conceptually. The clearest explanation I have found is that at all scales — individual, team, company, and nation — social systems have two drives: power, the drive to self-realization; and love, the drive to reunification. These two drives are complementary vectors of development, and it’s always a mistake to choose one or the other. Martin Luther King, Jr., summarized this polarity when he said: “Power without love is reckless and abusive, and love without power is sentimental and anemic. It is precisely this collision of immoral power with powerless morality which constitutes the major crisis of our time.”

The current trend toward increasing fragmentation, polarization, and demonization is a manifestation of power without love. There is always an “us” that we identify with and want to protect and grow, but when we disconnect “us” from “them,” we produce recklessness and abuse — and there’s no limit to how bad this can get. The remedy is not to deny or suppress self-realization, but rather to balance it with reunification: to invest in connection and dialogue with “those others,” whether they are across the border, the aisle, the tracks, or the cubicle wall.

The Destiny Colombia team and the many extraordinary and ordinary ones like it prove that such reunification, although not easy and not guaranteed, is possible. In our communities and organizations, we can and must go beyond “us versus them” and the dangers — separation, contempt, fear, anger, and harm — that this unbalanced framing presents. As Indian author Arundhati Roy wrote, “Another world is not only possible, she is on her way. On a quiet day, I can hear her breathing.”