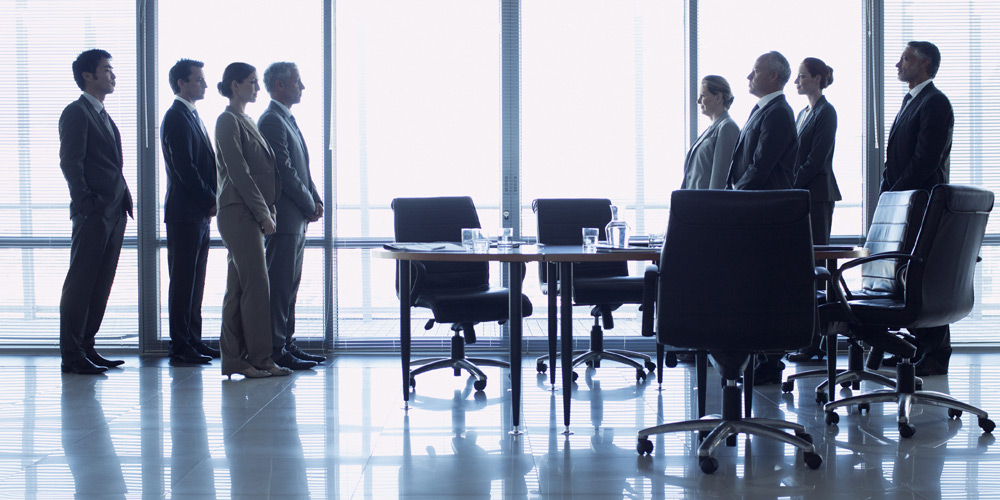 When a CEO takes the helm, there are two schools of thought regarding turnover in the top management team. Some argue big changes in the executive suite are necessary, because CEOs can more quickly put their stamp on the firm if they bring in their own people. This “sweep-out effect,” as scholars call it, enables a new CEO to enact operational and cultural changes with a clean slate, unencumbered by executives beholden to the previous regime or the status quo.

Taking the opposite view, some analysts suggest that because incoming CEOs have so much on their plate, they’re making a mistake if they don’t tap into the internal knowledge and expertise possessed by incumbent executives. Indeed, studies have shown that too much change after a new CEO’s appointment can be disruptive, dragging down firm performance.

A new study offers a more nuanced appraisal of the dynamics in post-succession C-suites, investigating the impact of “factional subgroups” — cliques made up of either holdovers from the previous regime or newly hired allies of the incoming CEO. There’s a warning, too: Succession usually causes a dip in performance, which can be exacerbated by feuding factions in the executive suite. The analysis showed that factional fault lines do indeed have a detrimental effect on post-succession firm performance. This effect becomes more pronounced when the firm is struggling financially — presumably, stressful working conditions serve to exacerbate the “us-versus-them” mindset.

Typically, incumbent executives are kept aboard for their familiarity with established strategies and practices, whereas newcomers are tasked with contributing new perspectives and fresh ideas. These contrasting mandates can cause friction between the factions, the authors find, spawning a confrontational mentality that negatively impacts firm performance during the critical period under a new CEO. But these fault lines in the executive suite don’t have to be detrimental; the authors also found evidence that factional subgroups can produce a productive exchange of diverging views. The conditions under which factions can be harmful or helpful depend on several things, including how the firm is performing and whether the previous CEO was fired or stepped down as part of a planned succession.

To arrive at their findings, the authors analyzed a data set of 110 recent CEO successions at large, publicly listed firms in four European countries: the Netherlands, Germany, Switzerland, and the United Kingdom. (These countries have different regulations governing a CEO’s discretion to make managerial changes, making it possible to extract generalized findings of the study across countries and business contexts.) The authors gleaned data about CEOs and their leadership teams from annual reports, corporate websites, and media accounts. They controlled for several variables that might affect top team composition, including firm size, industry volatility, CEO age and compensation, whether the new CEO was an outsider or internal appointee, and the tenure overlap between incumbent executives and the prior CEO.

To measure post-succession firm performance, the authors calculated the change in return on assets from the year before the succession to the second year after — a wide enough time frame to capture the effects of the leadership transition. Senior executives appointed during the year of the succession or the year following were considered the new CEO’s hires, and the authors looked for a range of demographic markers (including age, gender, nationality, and business background) when assessing whether team members could be split into factional subgroups.

They also factored in the tenure overlap between incumbent executives and the previous CEO, as previous research has confirmed that shared time in the executive suite informs how much influence a prior leader exerts on a follower. In other words, this should be a rough measure of how much the incumbent is a “guardian of the previous regime,” as the authors put it.

There are several ways to look at the effects of factional conflict. The infighting seems to turn into more productive ideation when the succession occurs in relatively stable circumstances, the authors found, or when the new CEO was a “follower” of the one who left: In these instances, firm performance barely changed; sometimes it improved slightly. Indeed, the presence of factional fault lines mitigated or lessened this decline in performance, providing evidence that a “healthy divide” can serve the firm well in certain scenarios. If the new CEO was a follower of the departing CEO, factional divides also led to slightly better performance. But if the incoming CEO was simply brought in, then results took a significant dip. And if the company was performing badly, strong fault lines led to a dramatic drop in results on the authors’ scale. This was also true if the CEO was fired.

Infighting seems to turn into more productive ideation when the succession occurs in relatively stable circumstances.

In this regard, fault lines in the executive suite act like fault lines under the earth — they may lie dormant or become active if triggered by the surrounding environment. The authors note that CEO turnover in general is highly disruptive, and the firms in their sample reported overall negative post-succession returns.

Research shows that CEO turnover has a significant impact on firms’ subsequent performance, and CEOs need to have people around them whom they can charge with discretionary decision-making powers. It’s natural in these circumstances that a CEO would want to appoint subordinates who are loyal to them or aligned with their strategic outlook, but the authors caution that replacing long-serving executives with their “own people” can backfire on CEOs in delicate or high-pressure transition periods.

“What the results of our study suggest is that…the new CEO should be prudent in who to hire — i.e., if the newcomers differ too much from the incumbent TMT [top management team] members (in terms of demographics), a factional fault line might arise,” the authors caution. “The emergence of such a factional fault line in a disruptive situation appears to be especially harmful for the within-TMT processes, which will be reflected in lower performance in the critical early period after the new CEO’s taking charge.”