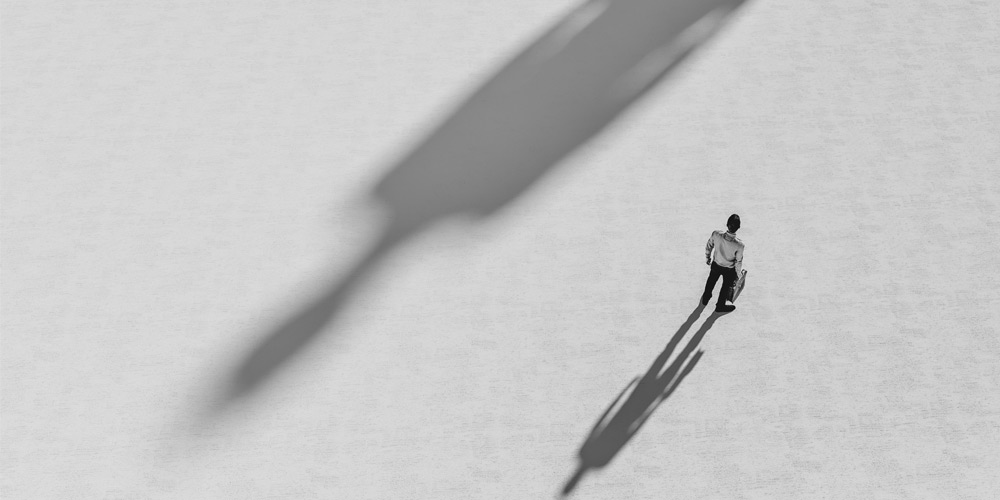 Avery Bullard is a larger-than-life chief executive who’s built the Tredway Corp. into a world-class furniture company. At 56, he’s in his prime. But he has neglected to designate a successor as his second-in-command. Hours before a last-minute executive committee meeting, he’s felled by a cerebral hemorrhage.

A question now arises: Which of his lieutenants will try to fill Bullard’s massive shoes?

The answer is nearly all of them, and that’s the trouble. Today, succession planning is one of the many issues the novel coronavirus has made urgent at the highest levels of business. Someday, perhaps, there will be an app for that. Meanwhile there is a novel — an immensely readable and unjustly forgotten tale of corporate intrigue and human striving. It cries out to be revisited by every business leader.

Cameron Hawley’s Executive Suite, a bestseller when it was first published in 1952, is about what happens after Avery Bullard’s sudden death. A movie version released two years later had a star-studded cast that included William Holden and Barbara Stanwyck. But it’s a melodramatic and simpleminded cartoon of the original. That’s a shame, because there are few better novels about business than Executive Suite.

Like a primatologist who’s spent years analyzing bonobo society, Hawley drew on a rich accumulation of fieldwork in creating believable executives and their spouses in real-life situations. He joined the Armstrong Cork Company in 1927, and over the next 24 years held executive positions in merchandising, financial analysis, sales, and scientific research. Finally, and (one imagines) most suitably, he landed in advertising and promotion. Whoever put him there surely knew that he’d been writing for the likes of Life magazine and the Saturday Evening Post for years.

Hawley was modest about his writing, insisting (disingenuously, I think) that he cared not a whit for technique. A 1969 newspaper obituary (he was just 63) quoted him as saying his influences included Theodore Dreiser and the prolific Frenchman Émile Zola. “All I did,” Hawley said, “was come back into the mainstream of the novel with a concept that had been interrupted. Zola actually began writing about business — coal mines, labor unions, and all the rest.”

The author’s modesty notwithstanding, Executive Suite is masterfully crafted. To build tension, Hawley crams the whole story into a single hectic weekend using the chronological structure journalists like to call a “ticktock,” complete with time stamps atop each of the book’s segments. The point of view shifts along with the clock, enabling us, by the end, to live inside the minds of a host of interesting and well-differentiated executives, secretaries, investors, and spouses.

The dominant condition of running a business, like living a life, is uncertainty. And you can’t solve that with a spreadsheet.

In their roles at Tredway, each of the vice presidents jockeying for preeminence represents an important aspect of business. Jesse Grimm is vice president for manufacturing, J. Walter Dudley, sales. Don Walling, the newest, heads design and development. Frederic W. Alderson, the treasurer, is the oldest and the one known for his “sacrificial loyalty.” And Loren P. Shaw, the comptroller, is a punctilious financial wizard.

All must cope with the formal business culture of the times and the brutal jockeying for status, advantage, and respect that comes with the territory. “A mask was essential equipment for the vice-president’s trade,” observes Erica Martin, Bullard’s heartbroken assistant and no stranger to disguise. “They all had their masks.”

Business may seem to be about money-making. But it’s also about status, and Bullard’s predecessor was brought down by the vanity that can so easily beset a corporate leader. Orrin Tredway, the last and least capable member of his family to run the old Tredway Furniture Company, erected a huge and lavish headquarters as a grandiose monument to himself. He reserved the 24th floor, at the very top, for his own sanctum sanctorum, installing three oak-paneled rooms that had been torn from a 16th-century English manor house.

Executive Suite suggests that an “edifice complex” like this one can exact a terrible price. In this case, the company is driven to the brink by the building’s ruinous cost. Soon after it’s finished, a bankrupt Orrin Tredway shoots himself there. That’s how his grown daughter, Julia Tredway Prince, who will eventually surprise everyone with her shrewdness and strength, comes to be the firm’s controlling shareholder.

Her worthless stake is turned into gold by young Avery Bullard. Quietly elevated to the 24th floor in the depths of the Depression, he turns the business around, consolidating several factories into a new Tredway Corp. and hiring hundreds of employees to revive Millburgh, the fictional riverside city in Pennsylvania based on Lancaster, where the author spent most of his career.

The book is a product of its time as well as its place. Tredway is a manufacturing business with a union workforce, and its senior executives are a handful of white men who all live in the same neighborhood, belong to the same clubs, and live in traditional marriages. Neckties and honorifics abound. The board, consisting mostly of the vice presidents, is Bullard’s rubber stamp. Yet the era, like the author, holds surprises.

Unlike the movie, which suppresses the roles of women and renders tawdry things that Hawley handles with sensitivity, the novel descends from the executive suite to deal forthrightly, if briefly, with issues such as race and even abortion. Perhaps the biggest surprise, at least to modern business readers, is the author’s expansive vision of what it takes to run a large public company and, more broadly, the purpose of a life spent in business.

Shaw, the most careerist of the vice presidents, sees profits as the sole measure of success. Among stakeholders, only shareholders matter. He argues that in a “modern” corporation (c. 1950), the main problems that occupy the chief executive are financial, making him the most suitable successor to Bullard.

Hawley knows that profits are vital. But in his world, Shaw exemplifies the evils of over-financialization. The whole book, in fact, is a warning against viewing a corporation solely as a machine for generating shareholder returns. Hawley implicitly challenges his readers: Can a leader with such a limited perspective really motivate anyone? Can he nurture the creativity, and take the kind of risks, that produce long-term growth?

And can such a leader sustain the symbiosis between a healthy business and a healthy community? As it turns out, the man destined to succeed Bullard has a profound understanding of how many lives depend on the company’s leader. As he looks out over the city, “imagination stripped away the roofs and exposed the honeycombed hive of activity underneath…the milling, swarming, cell-living broods. And the cell-center spark of life in every brood was a Tredway paycheck…a blue scrap of paper that became green bills in a purse…and the green bills became the endless inpouring of food for thousands of ever-emptying stomachs.”

What makes a chief executive, to Hawley, isn’t analytical skill or even vision. It’s a kind of intuition, an ability to expose oneself to the facts without being suffocated by them. It’s most of all a creative talent, just as leadership is a creative function, and it requires a continuing act of imagination. You have to imagine other people’s lives and other versions of reality, and figure out how the former and the latter might go together. You have to know that people don’t just get a paycheck from work. They get a sense of self-respect.

“We have an obligation to our stockholders,” the novel’s eventual winner acknowledges in a stirring climactic scene. “But it’s a bigger obligation than just paying dividends. We have to keep this company alive. That’s the important thing — and a company is like a man. No man can work for money alone. It isn’t enough. You starve his soul when you try it — and you can starve a company to death in the same way.”

Tredway’s new leader deserves the job because he understands the importance of numbers but won’t bow to what historian Jerry Muller has called “the tyranny of metrics” in his book of that title — a despotism that Robert McNamara, once Ford Motor Company’s president, would learn to rue while presiding over the Vietnam War as U.S. Secretary of Defense. Cameron Hawley wants us to understand that the dominant condition of running a business, like living a life, is uncertainty. And you can’t solve that with a spreadsheet.