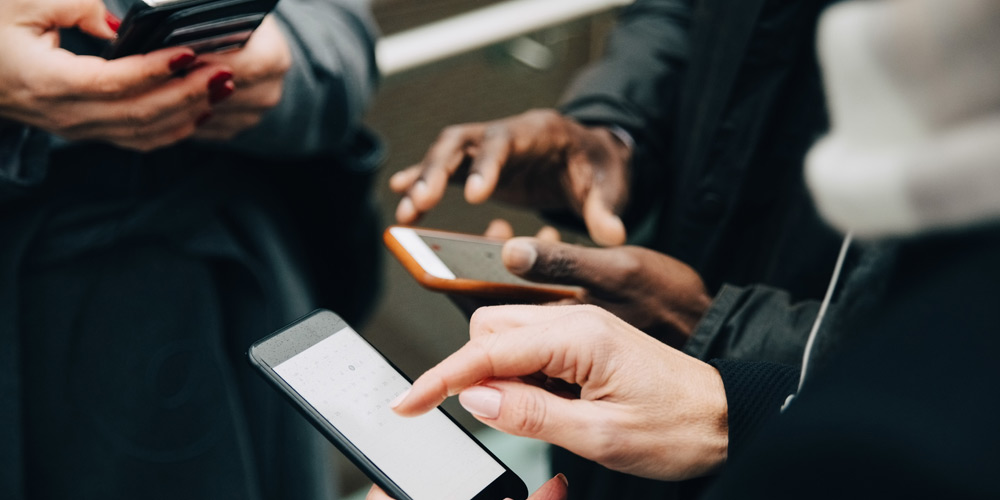 Not Born Yesterday: The Science of Who We Trust and What We Believe

One of the most famous pronouncements in marketing is attributed to the merchant John Wanamaker, who purportedly said: “Half the money I spend on advertising is wasted; the trouble is, I don't know which half.”

Hugo Mercier has a simple answer: both. 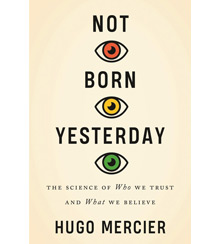 That, at least, is the implication of his important new book, Not Born Yesterday, an entirely surprising disquisition on, as the subtitle has it, “the science of who we trust and what we believe.”

Although many of us share a sense that our fellow humans are gullible naïfs easily roused by demagogues and manipulated by shadowy purveyors of fake news, Mercier contends that quite the opposite is the case. He asserts that the seemingly fearsome weapons of mass influence — advertising, news, and social media — actually have little impact unless credibly sourced and rooted in facts and reason.

Most people, he says, are immune to conspiracy theories and other toxic falsehoods, or hold onto them as a sort of abstract theology that has little concrete effect. To the extent that people do embrace false beliefs, it’s usually as a convenient pretext for views they already hold, actions they already intend, or because a particular falsehood is useful or at least harmless.

Consider advertising. “In 2018, more than half a trillion dollars was spent on advertising worldwide,” the author tells us. Yet the effectiveness of ads is difficult to measure, and probably scant. Mercier quotes a leading marketing expert as saying, “The truth, as many advertisers will quickly admit, is that persuasion is very tough. It is even more difficult to persuade consumers to adopt a new opinion, attitude, or behavior.”

How about propaganda? Even at its most pervasive, as in North Korea, people just go along to save their skins while privately rolling their eyes. “Mass persuasion is tremendously difficult to achieve,” Mercier says. “Even the most dreadful propaganda attempts, from Nazi Germany to Stalinist USSR, have been surprisingly ineffective at changing people's minds.”

The author acknowledges that what he offers in this book is not exactly the standard wisdom. “Arguing against widespread credulity puts me in the minority,” he acknowledges. “A long line of scholarship — from ancient Greece to 21st-century America, from the most progressive to the most reactionary — portrays the mass of people as hopelessly gullible.” And it’s all wrong, he continues. “On the contrary, we are skilled at figuring out who to trust and what to believe, and, if anything, we’re too hard rather than too easy to influence.”

The reason, he argues, is evolution. A researcher on the evolution and social cognition team at France’s École Normale Supérieure, Mercier says that, as a species, we simply cannot afford to be gullible. “If we were, nothing would stop people from abusing their influence, to the point where we would be better off not paying any attention at all to what others say, leading to the prompt collapse of human communication and cooperation.”

The free enterprise system is likelier to work as intended if policed by self-interested actors who can discriminate between true and false claims as well as good and bad products, investments, and people.

Instead, the lines of communication are kept open and mostly honest by a package of mental processes and human behaviors — “mechanisms of open vigilance” — that enable us to screen out unreliable messages while inflicting reputational costs on their senders. When we let Sasquatch through, to cite a single example, we do so because he is entertaining and his existence — or lack thereof — has no impact on any substantive decisions we might make.

In reading Mercier’s interesting book, you’ll have the impulse to argue with him about almost every chapter. He says, for instance, that many things we accept on authority, such as religious dogma or pieces of scientific knowledge, exist in a kind of mental quarantine, without much impact on how we approach the world. We may believe that God loves and looks out for us, but we don’t jump off a building believing he’ll break our fall. This implies that supernatural or scientific beliefs have no great impact on our lives. But of course, I’d argue that the opposite is true: Scientific and religious beliefs have shaped our laws, our customs, our entire society, even if they penetrate relatively little into each individual consciousness.

It may be a comment on my own gullibility that Mercier’s message seems quite credible nonetheless. Maybe that’s because his argument, unlike some others based on evolution, is refreshingly optimistic. If humans aren’t gullible, after all, that means there is hope for both democracy and capitalism. Self-government is vastly easier when people are naturally skeptical yet open to facts and reason. And the free enterprise system is likelier to work as intended if policed by self-interested actors who can discriminate between true and false claims as well as good and bad products, investments, and people.

There is much of interest here for business leaders, of course. If you hate meetings, for example, it’s worth noting that when people get a chance to discuss an issue, “they become much better at discriminating between the opinions they should reject and those they should accept — including opinions they would never have accepted without arguments.” Small discussion groups “allow forecasters to make better predictions, doctors to make better diagnoses, jurists to make better judicial decisions, scientists to develop better hypotheses, pupils to better understand what they’re taught, and so on.”

The book offers business readers lots to consider about how to reach people more effectively, and how to decide who and what is credible. Most of all, executives should come away with a healthy skepticism about their own messaging. Hugo Mercier might say that it doesn’t pay to believe your own PR, because chances are nobody else is persuaded by it, either.