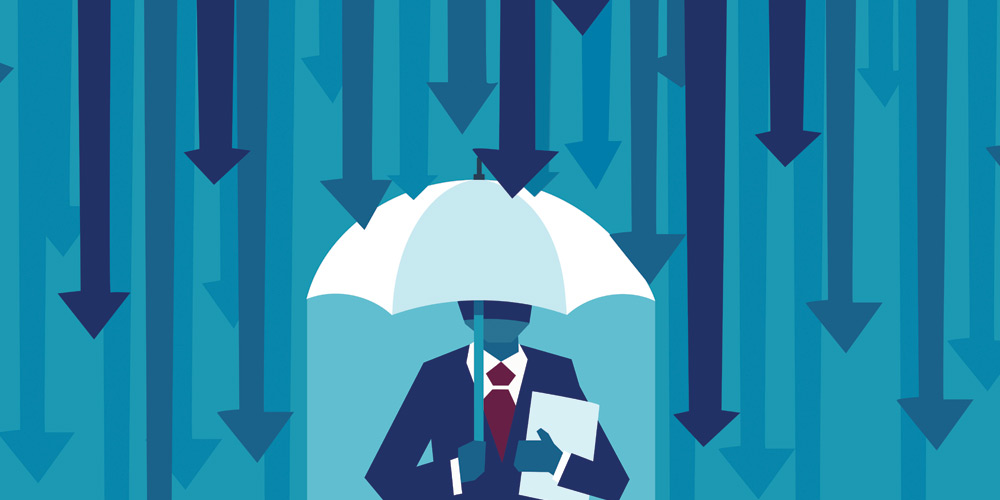 You don’t need to look far to find turmoil in the world — severe weather, geopolitical unrest, social upheaval. At times, it can feel as if every part of the globe is unsettled. What’s more, if you’re leading a business, the ramifications of this uncertainty can be worrying to your customers, employees, and investors.

One challenge of leading in times such as these is to project a sense of order and a rationale for the bumpy flight we all are experiencing, as well as hope for a brighter future. But to do that effectively, you must first understand the details of the disruptions and the ways in which they interact to shape the world. Then you can speak openly and with a deep understanding of the changing landscape to reassure your stakeholders.

With that in mind, and on the cusp of a new decade, it feels appropriate to revisit work that I started in 2008, when a global consumer packaged-goods company asked me to help them understand what the world would look like in 2025. Wise enough to know that any specific predictions about the retail environment, supply chains, or other components of their business were guaranteed to be wrong (anyone’s projections that far out are rarely accurate), I confined my work to turning up what I termed pillar trends: unfolding, meta-system–scale developments in which the long-term trend lines were clear and the impact was likely to be significant and global. I found four trends that passed the test: climate change, urbanization, the aging population, and ever-increasing technological capabilities.

None of the pillars that emerged were a surprise when I started this work, and they shouldn’t be now, either. What is interesting — and at times startling — is what I found by digging into the interconnections among the pillars and their potential cumulative effects on larger social and economic systems. It’s in the interconnections that the greatest potential for strategic insight lies.

For those leading now — when everything seems to be in motion, long-held assumptions prove unreliable, and social stress runs high — it can be helpful to explain that the disarray in politics, markets, and our communities is a necessary part of transition. It may not always be pleasant, yet, like the turbulence experienced when flying through a thunderstorm, it is endured more readily when it’s expected and trust in the person at the controls runs high.

To earn that trust, leaders must be well versed in the pillars and, more importantly, how they interact to change our world. Here is an introduction to the four pillar trends.

Climate change. Most of the phenomena predicted by climate change models are happening more quickly and severely than anticipated. Across the world, citizens are increasingly aware of the consequences of environmental shifts. No matter how energy, utilities, and resources companies view climate change, it’s clear that their stakeholders are starting to insist that the energy and other products they provide be cleaner and less carbon-intensive. Adaptation to climate change is likely to take longer than expected — until modifications must be enacted faster than anyone thought possible.

Urbanization. Humans have been gravitating to cities as long as these hubs of culture and commerce have existed. We are now a predominately urban species, with an estimated 54 percent of the population living in cities. That number is predicted to rise to 66 percent by mid-century. Most of this urban population growth is expected to occur in the developing world — in places that may not have the same robust governance, building codes, and public-health infrastructure of large legacy cities such as London or Beijing. The rapid spread of Ebola in 2013–16 was an indication of the consequences that loom; it was the result of an outbreak in a densely populated urban area, not a rural village as had been the case in the past. Expect this to happen with other infectious illnesses as growing cities scramble to build the necessary infrastructure to combat illness.

The aging population. Amid low birthrates and increased longevity, the average age of the world’s population is increasing, particularly in developed countries. Despite all the media focus on younger cohorts, such as millennials and gen Z, the reality is that the global population is getting older. With advanced age come different needs for a range of things, including mobility, infrastructure, and healthcare. As one who has been supporting aging parents, I have seen firsthand how few companies grasp the implications. For example, the physical layout of buildings and medical facilities, wayfinding signs, and mobile devices and apps all seem to be designed for young eyes, legs, fingers, and minds. To accommodate an aging population, adjustments must be made in these and many other areas.

Ever-increasing technological capabilities. This publication and others have amply covered advances in artificial intelligence, machine learning, and other such disruptive leaps. Technology has ushered in the age of networks, in which more people are connected in more ways than ever. Those digital interfaces, however, have altered some of our basic hardwiring as humans. Nick Morgan, author of Can You Hear Me? How to Connect with People in a Virtual World, has documented the many ways that critical emotional receptors are thwarted in device-centered communication. Communicating becomes more difficult even as the channels for doing so are ever-more ubiquitous. Further, despite all of its positive ramifications for society, technology also raises issues about data collection and privacy.

The specific manifestations of each of these pillar trends will vary in different sectors, cultures, and geographic locations. And the pillars can be intertwined in a dizzying array of disruptive circumstances. Only when those circumstances are defined and explained can we begin to plan for them. Here are a few possible scenarios.

The impact of climate-related events may be magnified when they affect concentrated urban settlements. Take the floods that inundated Venice, Italy, at the end of 2019. Just-in-time supply chains optimize the availability of goods on shelves for immediate consumption. But when sudden, severe weather strikes, it can expose vulnerabilities in the system, resulting in spikes in demand and significant constraints on the ability to replenish essentials. Every firm along the value chain that lacks robust contingency plans may be caught short. Those with the ability to function amid chaos will thrive.

Further, shifts in the climate may introduce (or reintroduce) diseases, such as smog-induced heart and lung conditions or a rise in insect-borne illness, to populations that haven’t dealt with them or don’t have resistance. Smog will be an issue in areas with dense populations; smoke will impact health in locations where large wildfires become more common. The Southern U.S., home to many retirees, is one area that is likely to be affected by tick- and mosquito-borne illnesses, as are the many burgeoning urban centers in the developing world.

Technology will help mitigate some of the negative outcomes, yet so too will the power of human connection. For example, “age-forward” cities are experimenting with changes to accommodate older populations, with an eye toward improving healthcare options, mobility, and infrastructure. The World Health Organization reports that more than 1,000 communities have expressed some commitment to better serving older citizens.

Technology will help mitigate some of the negative outcomes, and so too will the power of human connection.

For many seniors, a dense, vibrant urban neighborhood can be ideal for remaining active and engaged — and a better option than a secluded senior housing development at the edge of town. In return, elders can be significant economic supporters of local businesses and important participants in a wide range of civic activities. In one study from the U.K., researchers found that human-to-human contact was the key driver of age-friendliness. More opportunities for personal connection are better for everyone, especially when considering how, as mentioned above, device-centered communication is dulling emotional receptors.

I don’t want to take too much credit for identifying these phenomena. They were there for anyone to see. My eye is that of a generalist, and so I was able to see patterns that spanned these domains. As we enter 2020, the pillar trends continue to evolve while also revealing surprising obstacles and opportunities.

With the new decade approaching, I leave you with a final prediction: These trends will propel more and more multidisciplinary and cross-sector endeavors, in which previously isolated pockets of expertise, understanding, and inspiration will be knit together. The August 2019 letter by the Business Roundtable endorsing stakeholder capitalism and stepping back from shareholder primacy is one piece of evidence. We must work better together. Making the most — and forestalling the worst — of what’s ahead demands it.