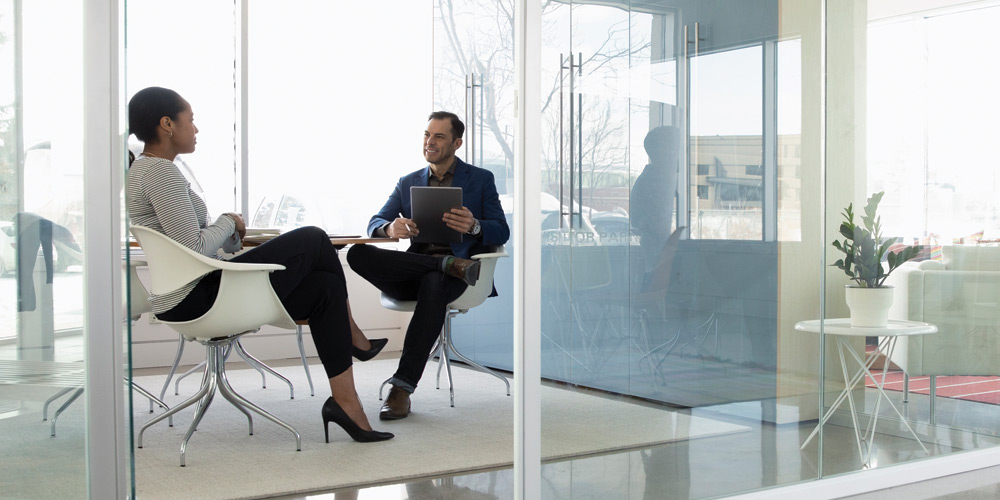 Do you feel like your boss listens to you?

When I give talks to executive education students, I often pose that simple question to the group. Usually, only about one-third of them raise a hand — a grim reminder of how listening is becoming a lost art. We are communicating more over phones and computers, and in the age of social media, the default impulse is becoming “Look at me!” rather than “Tell me about you.” Many conversations seem like serial monologues, with one person talking while the others simply wait for their turn to say what they want to say.

Listening can be particularly challenging for anyone in a management or leadership position, given all the pressures they face. Dozens of unread emails pile up by the hour, and calendars are a wall of back-to-back meetings. It can be hard to be present in the moment.

But listening is not just a nice-to-have skill for senior executives; it is essential for effective leadership for two distinct reasons. First, to navigate the disruptive forces roiling every industry, leaders realize they need to build a team that brings a diversity of perspectives and experiences to the challenges their company faces. Getting this right is just the start. Once they have assembled a diverse team, leaders then have to draw out opinions with intentional listening.

Leaders can remind themselves in these team meetings of the WAIT acronym, which stands for “Why am I talking?” It’s a powerful reminder for senior executives to let others share their opinions first, and also to be brutally honest with themselves about their motives for speaking when they do chime in. Is the leader trying to show off a bit or perhaps flex his or her authority?

Leaders can remind themselves in meetings of the WAIT acronym, which stands for ‘Why am I talking?’ It’s a powerful reminder for senior executives to let others share their opinions first.

Drawing people out in such settings is an art form, and many of the hundreds of leaders I’ve interviewed over the years have shared smart insights about how to be an effective listener.

“You can’t have an agenda,” Joel Peterson, chairman of JetBlue Airways and founder of the investment firm Peterson Partners, told me. “When you have your own agenda when listening to someone, what you’re doing is you’re formulating your response rather than processing what the other person is saying.”

“You have to really be at home with yourself,” he added. “If you have these driving needs to show off or be heard, then that kind of overwhelms the process. If you’re really grounded and at home with yourself, then you can actually get in the other person’s world, and I think that builds trust.”

Niki Leondakis, a hotel industry veteran and former CEO of Equinox who is now president of the Wolff Company, a real estate development firm, told me that she often coaches managers on the importance of listening for understanding when meeting with their teams and one-to-one.

“I coach them to do a lot of listening. Listen first,” she said. “Before you start telling people where you’re coming from and what you’re about and what you’re going to do, listen first to what’s going on here, how they feel about it, what their views are, what’s their input, what their personal goals are, and take note of all that they have to say. Listen and learn first is a consistent piece of advice.”

The second reason that listening is such a crucial skill for leaders is that the higher up in the organization they go, the more likely they are to get trapped in a bubble. People want to manage them and work their own personal agendas, and nobody wants to bring bad news to senior executives. So listening becomes a kind of radar that leaders must use to sense not only what people are telling them, but also what their body language suggests they are keeping to themselves. Leaders must actively fight to get out of their bubble so that they know what’s really going on inside their company, and focused listening is an effective way to do it.

This lesson was brought to life by a vivid story that Joseph Jimenez, the former CEO of Novartis, shared with me about an experience he had in a senior role at another company.

“I was sent in to turn a division around after four years of underperformance,” he told me. “It was a declining business. And when I got there, I completely misdiagnosed the problem.” Jimenez said the division was missing forecasts every month, so he brought in a consulting firm to find out why. They concluded that the business suffered from bad sales and operations planning processes.

“Salespeople, marketing people, and operations people were supposed to come together and plan out the next 18 months and then forecast off of that. So, I said: ‘OK. We’re going to fix this. We’re going to have the consulting team come in and help us make that a better, more robust process, with more analytics,’” he continued.

“It turned out it wasn’t at all about analytics. Because once we put that new process in place, we continued to miss forecasts. So, I thought, ‘Something’s really wrong here.’ I brought in a behavioral psychologist, and I said: ‘Look, either I’m misdiagnosing the problem or something’s fundamentally wrong in this organization. Come and help me figure it out.’”

Four weeks later, the behavioral psychologist reported back that the problem wasn’t about skills or about process; it was about trust. People at the organization were not telling the truth. They knew they weren’t going to hit the forecasts when they made them.

“The thing she taught me — and this sounds obvious — is that behavior is a function of consequence,” Jimenez said. “We had to change the behavior in the organization so that people felt safe to bring bad news. And I looked in the mirror, and I realized I was part of the problem. I didn’t want to hear the bad news, either. So, I had to change how I behaved, and start to thank people for bringing me bad news.”

For senior executives, being an effective listener is crucial for hearing both good ideas and bad news. Without knowledge of each, leaders may find their tenures short-lived. But for those who do it well, listening truly is a superpower.