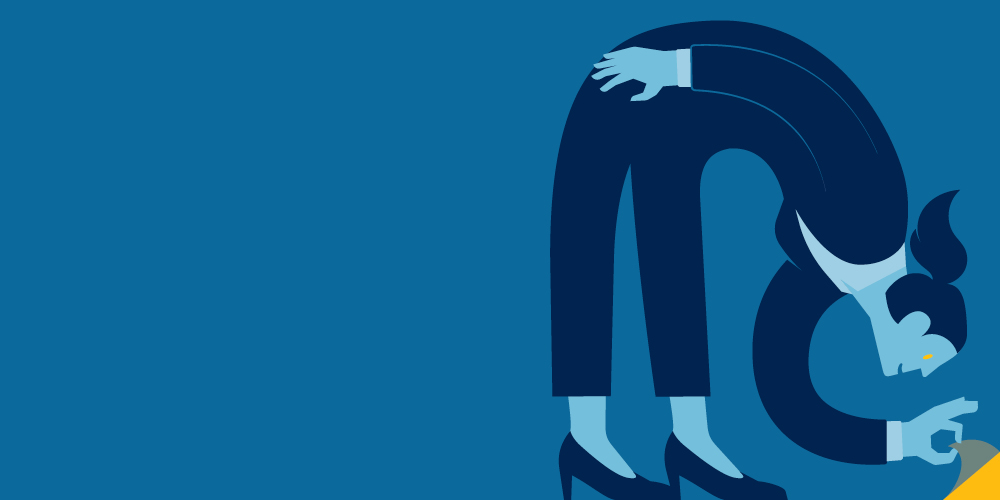 The list of qualities and habits of mind required to succeed in the role of CEO is long; it includes resilience, stamina, high IQ and EQ, confidence, ambition, humility, vision, trustworthiness, and presence. It would be easy to come up with a hundred more characteristics, too, all of which could be true.

But what if we set ourselves a more difficult task, and tried to determine what quality is at the very top of the list?

Over the last decade, I’ve conducted in-depth interviews with more than 500 CEOs. I wanted to understand what makes them tick as human beings, rather as business strategists. I asked them about formative experiences and influences, and the key leadership lessons they had learned over the course of their lives.

In choosing the leaders I would interview, I pursued diversity in every aspect: race, gender, and nationality, as well as company size, industry, and for-profit status. Many of the leaders hardly fit the central casting stereotype of the CEO who seemed destined for the role from a young age. I spoke with one CEO who started out as a schoolteacher: Abbe Raven, who led A&E Networks, a U.S. media company based in New York. Another, Carla Cooper, the former CEO of Daymon Worldwide, an advertising and marketing company based in Connecticut, played classical organ from a young age and sold the instruments as her first job out of college.

As I interviewed more leaders, my qualitative data set became quantitative, providing a critical mass of examples to start trying to answer a simple question that kept nagging at me: What is it about all these people that explains why they were promoted to the top job over everyone else? What is the difference maker?

Ultimately, I settled on a habit of mind that I call applied curiosity. Yes, curiosity is table stakes for anyone hoping to succeed. But it comes in many shades. Some people’s curiosity leads them to excel at crossword puzzles or to be champions on Jeopardy. Applied curiosity is a more specific variety.

Yes, curiosity is table stakes for anyone hoping to succeed. But it comes in many shades.

People who have it engage in relentless questioning to understand how things work. And then they start wondering how those things could be made to work better. They approach everything with an inquiring mind-set — whether it’s making sense of shifting consumer habits or the global macroeconomic trends that are shaping their industry.

Applied curiosity is as natural as breathing to these executives, and they couldn’t shut it off even if they wanted to. I’ve heard similar-sounding stories from a few CEOs about how the simple act of wandering into a retail store turns into a mental back-of-the-envelope exercise on the business’s likely revenues and costs. Suddenly they are chatting up the manager and making suggestions about how different layouts could increase revenues.

Reid Hoffman, the billionaire investor who cofounded LinkedIn and made early bets on companies such as Airbnb and Facebook, spoke in our interview about what he values most in executives. He used a different phrase, but the underlying impulse he described is similar to applied curiosity.

“One of the more unique characteristics that I tend to look for is an infinite learning curve, because most of the time the businesses that I’m investing in are breaking new ground and creating a new area,” he said. “You have to have a sense of, ‘How am I going to learn a new area?’ So, I’m looking for an ability to be learning constantly, and fast.”

What separates top CEOs from the rest is how much they question, probe, and then process what they are experiencing in order to look for insights and patterns. And in this wicked-problem world, the questioning mind-set has to be forward-looking as much as it is retrospective, sifting through what has already happened to look for lessons. If one old definition of wisdom is that it’s a sense that “I’ve seen this movie before and I know how it plays out,” then wisdom for leaders today increasingly means unlearning what they already know in order to explore what-if scenarios for an uncertain future.

As with the relationship that exists between theoretical mathematics and applied mathematics, there is a practical drive behind this abstract questioning. CEOs are connecting dots and building frameworks in their mind, a muscle they work and develop to deliver on arguably the most important job they face in their role: to be able to stand in front of their team and say, “Here is the simple plan for how we’re going to win in our industry today and win in the world as it will likely evolve over the next three to five years.”

I have written before about the “The four X factors of exceptional leaders,” and at the top of that list is the ability to “simplify complexity and operationalize it.” That skill is the manifestation of the habit of mind of applied curiosity.

Inevitably, any discussion of leadership arrives at the nature-or-nurture question. Are CEOs born with a propensity toward curiosity, or is it developed over time? I see applied curiosity as a discipline, one that can be built with practice in the same way that a steady regimen of hitting the gym will lead to greater levels of fitness. Building it starts with the simple question of “why?” that we all asked when we were younger.

In this age of disruption, leaders are increasingly sought out and paid to know the right questions, not necessarily to have all the right answers. That ability to question stems not only from understanding the competitive landscape today, but also from having a keen sense of what the possibilities beyond it might be.

There’s no guarantee you’ll become a CEO if you develop the muscle of applied curiosity — there are too many factors beyond your control, after all. But thinking like a CEO will help accelerate your career.