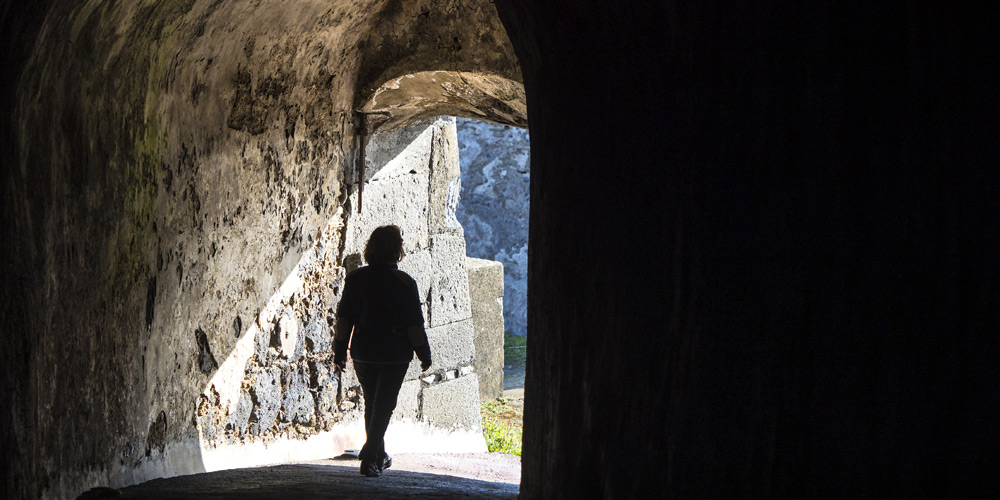 Photograph by Jose A. Bernat Bacete

Who would have imagined that a 73-year-old novel called The Plague would have more than metaphorical significance in our own time? Yet here we are, beset by the coronavirus and still in possession of Albert Camus’s gorgeous and profound meditation on life in the shadow of death.

First published in French in 1947 and set in what was then the colonial Algerian city of Oran, the novel is often read as allegory, perhaps for occupied France under Nazi rule. Camus had lived through the occupation in Paris, risking his life to run the resistance newspaper Combat. It’s our dubious distinction that we can treat his novel of pestilence a good deal more literally than critics often have done.

Shutting yourself in for awhile? I can’t think of a better book to recommend to anyone just now. But business readers in particular will find it compelling on several fronts. It’s a cautionary tale on how to mismanage a crisis, an encyclopedia of human psychology, and of course a terrifying worst-case scenario for our current predicament. One character, a lovelorn civil servant living out his life in a minor key, spends his spare time endlessly rewriting the first sentence of a planned novel, vividly demonstrating the hazards of letting perfect be the enemy of good.

Yet those are the least of the book’s virtues. More important than the answers it provides are the questions it forces us to ask. What matters? Why do we live? How durable are our values? What do we owe one another? What is heroism? What is decency?

The book The Plague forces us to ask: What matters? Why do we live? How durable are our values? What do we owe one another? What is heroism? What is decency?

It would be nice to think these questions are always foremost in our minds. Yet in normal life we rarely think to ask them, and the years slip away from us. A pandemic can bring them sharply into focus, which is what it does for at least some of the denizens of Oran in the 1940s when the rats start dying and bubonic plague — the bacteria Yersinia pestis — soon takes up residence in their city. At the outset, it seems, Oran’s residents are not so different from us.

“Our citizens work hard,” the mysteriously stoical narrator tells us, “but solely with the object of getting rich. Their chief interest is in commerce, and their chief aim in life is, as they call it, ‘doing business.’ Naturally they don't eschew such simpler pleasures as love-making, seabathing, going to the pictures. But, very sensibly, they reserve these pastimes for Saturday afternoons and Sundays and employ the rest of the week in making money, as much as possible.”

Is that so bad? The ethical premise of a career in business is that one can do good by doing well. Society benefits, in other words, when people seek profit by providing useful goods and services. As Adam Smith famously wrote, “It is not from the benevolence of the butcher, the brewer, or the baker that we expect our dinner, but from their regard to their own interest.”

If you are a business leader, you have the added burden — and the privilege — of being responsible for the well-being of your employees, customers, investors, and neighbors. Your enterprise might well provide a livelihood for thousands of families all over the world. Current and future pensioners could be relying on you too. All these stakeholders are counting on you to do the right thing.

Believe or not, The Plague can help. Camus was a philosopher as much as a novelist, and thus more concerned with the ethical possibilities of his premise than with conventional plotting. The book, gripping nonetheless, is the story of Dr. Bernard Rieux and a handful of volunteers who risk their lives in the struggle against plague, a struggle in which they persist knowing there is little they can do to combat the disease’s horrors. Five years earlier, Camus had published a famous essay called The Myth of Sisyphus, and The Plague is pervaded by the quiet heroism of those who labor in the face of apparent futility.

Given the inevitability of death, that would pretty much include all of us. The plague hastens the process for some while reminding everyone that life is lived at the point of a gun. In the novel, the dead pile up and the city is eventually quarantined, its inhabitants cut off from the outside world. We learn little of that world, including whether the quarantine was a success. We learn little of Oran’s women, for that matter, and nothing of its native population (who might well see the plague as a metaphor for the French occupation of Algeria). But we learn a good deal nonetheless about how people react in the face of a slow-motion catastrophe.

You will not be surprised to learn that local officials, the press, and even the physicians are at first mainly concerned with not alarming the populace. The citizenry still throngs cafes and nightspots. Then, as now, denial and wishful thinking abound. Leaders are timid and disingenuous. “All our troubles,” says Jean Tarrou, “spring from our failure to use plain, clean-cut language.”

Tarrou, a visitor stranded in Oran during the quarantine, befriends Rieux and organizes sanitation squads who fearlessly expose themselves to the disease. Rieux admires these volunteers yet, characteristically, warns against overpraising them, for that would suggest most people are callous by comparison. And he doesn’t think so. “The evil that is in the world,” he tell us, echoing Socrates, “always comes of ignorance, and good intentions may do as much harm as malevolence, if they lack understanding.”

Indeed, Camus implies that we are condemned to ignorance; as becomes all too clear from the plague, people can’t possibly explain their lives, their suffering, or their world. They respond to the plague with terror, defiance, and faith, but as the disease spreads and official controls become ever more draconian, resignation sets in. Niceties and taboos begin to break down; the dead, once buried with reverence, are subject to ever-more callous disposal methods.

Rieux and Tarrou share a wholesome epistemic humility — an awareness of their own ignorance — that business leaders would do well to emulate. “I've learned modesty,” Tarrou says of his previous involvement, now repudiated, with violent revolutionary groups. “All I maintain is that on this earth there are pestilences and there are victims, and it's up to us, so far as possible, not to join forces with the pestilences.”

The book’s Catholic priest, who at first calls the plague a harsh but deserved judgement of God on a sinful city, eventually comes to see it as the ultimate test of faith. Rieux and Tarrou, unshaken in their atheism, nonetheless draw an analogous conclusion. But theirs is a faith in duty and decency, in doing the right thing, and in calmly furious resistance. Their challenge is to uphold the greater good without turning any individual into something less than human.

Today, with astonishing suddenness, the whole world looks like Oran. Our plague is new, but it raises the same old questions. What matters? Why do we live? How serious are we about our values? Even before the novel coronavirus, it was clear that people were looking for more from business than just profit or employment. Increasingly secular and shorn of kin, workers and investors wanted meaning and community.

Now, with their survival at stake, businesses must struggle to provide essential goods and services, let alone a sense of purpose and belonging. Is it possible that our great freedom and affluence were just a fragile dream obscuring our Sisyphean nature? Is the boulder about to roll back down the hill, reducing us all to mud huts, suspicion, and dread?

That will depend on how we respond; the challenges facing leaders of all kinds, business executives included, are immense. There is no road map for navigating such extraordinary times, but Camus offers a reminder that we have seen plagues before — and that nothing creates a more powerful sense of purpose and belonging than the shared struggle to overcome them.