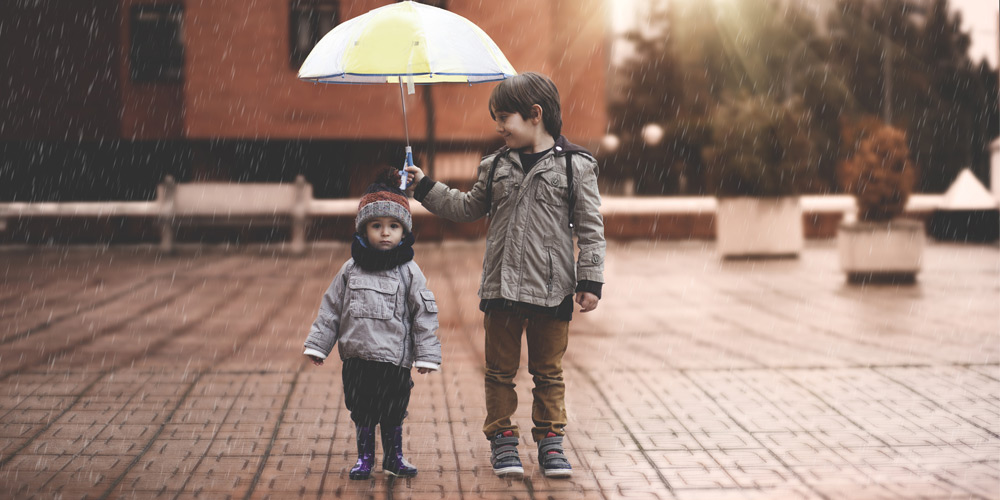 Imagine a major fire breaking out, in pre-pandemic days, in a crowded shopping mall. How would the shoppers react? Would they rush in a panicked, disorderly crowd toward the stairs, elbows out, desperate to get to safety? Or would they look around and help others, putting their own lives at risk to ensure that everyone had a chance to escape? 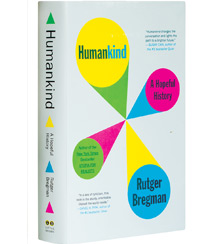 Most people would expect the panicked reaction. And they’d be wrong, according to Rutger Bregman, a Dutch historian and philosopher, whose first book, Utopia for Realists (2016), argued for a universal basic income, a shorter working week, and open borders. (He also received lots of attention for an appearance at Davos in 2019, when he spoke forcefully against tax avoidance.) In his new book, Humankind, he writes that it is “a persistent myth that by their very nature humans are selfish, aggressive and quick to panic.” This myth even has a name: veneer theory. It is a deeply pessimistic idea, which says that we live in a fragile coexistence with one another that collapses under pressure. Like all myths, this one has little basis in fact, but it remains extremely powerful, providing many of the assumptions that underpin modern education, economics, and law. In Humankind, a valiant attempt to restore our faith in others, Bregman explains why veneer theory is so ubiquitous, and he argues precisely the opposite: that “most people, deep down, are pretty decent.”

Bregman believes that this decency is the most fundamental part of our humanity. Back when Homo sapiens were only one of several species of hominid, our supremacy was far from guaranteed. Neanderthals had larger brains and were building musical instruments and cooking food earlier than we were. But we were friendlier, and our ability to work together enabled Homo sapiens to survive the last ice age and evolve into humankind. However, alongside our social nature was another, more problematic attribute: We feel more affinity for those who seem most like ourselves. Scientists do not know why, but some degree of xenophobia is contained in our DNA.

For the first part of our history, sociability remained our defining characteristic. Egalitarian societies shared everything, which lowered the threat level posed by strangers. Our lack of desire for personal power was so extreme that “our ancestors were allergic to inequality,” Bregman writes. The major turning point came when the ice melted, approximately 15,000 years ago. Food became more plentiful, and the hunter-gatherers settled down, formed settlements, and accumulated possessions worth defending. We also had fewer chance encounters with strangers. Bregman takes the view — shared by Jean-Jacques Rousseau and, more recently, Israeli historian Yuval Noah Harari, who scored a runaway hit with his 2011 book Sapiens — that this was a regrettable moment for humanity. We remained as social as ever, but our xenophobia was brought to the fore.

From here, it’s easy to draw a straight line from the desire to defend possessions to the establishment of cities, the deepening of inequality, and several centuries of war. But Bregman sees our development differently. He has assembled a sheaf of firsthand evidence to show that we are — and always have been — reluctant fighters. Although not minimizing the crimes committed by humans, he disputes any sense that we reveled in them or sought them out. He cites examples of American servicemen in World War II, who, despite being in a life-and-death situation, could not bear to fire their weapons. Similarly, studies have found that an overwhelming majority of the muskets recovered from the battlefield at Gettysburg in the American Civil War were still loaded, indicating a widespread aversion to discharging them.

One of the great pleasures of Humankind is Bregman’s effective dismantling of many of the popular pillars of our modern, cynical view of humanity. The field of social psychology sprung up after World War II in an attempt to discover how humanity was capable of such atrocities. Bregman holds little store by any of it. He debunks Philip Zimbardo, the psychologist behind the Stanford Prison Experiment, which divided participants into “prisoners” and “guards” and supposedly saw the latter inflict psychological punishment on the former, by revealing Zimbardo’s collusion with his guards to achieve his desired results. He also takes down Stanley Milgram, whose shock machine experiment saw hundreds of men seemingly willing to electrocute a stranger to obey an authority figure. In fact, most were racked with guilt and were able to persist only because they believed that they were helping to advance scientific understanding. As for the infamous murder of New Yorker Kitty Genovese, whose 1964 stabbing was reportedly witnessed by 38 idle bystanders, it turns out there were only three eyewitnesses, and two of them came to her aid.

As for the infamous murder of New Yorker Kitty Genovese, whose 1964 stabbing was reportedly witnessed by 38 idle bystanders, it turns out there were only three eyewitnesses, and two of them came to her aid.

Perhaps Bregman’s most unsparing critique is that of the geographer Jared Diamond, whose 2005 book, Collapse, argued that the Polynesian settlers on Easter Island sabotaged their own society through a civil war. Bregman argues that all of the evidence that Diamond assembled was false. By returning to notebooks of 18th-century Dutch explorers, Bregman argues that there was no evidence that the population was starving; he concludes that the obsidian arrowheads that littered the island were not weapons of war but were used to eat bananas. The population declined not because they murdered one another, as Diamond argued, but because Peruvian slavers carried them off.

And that is the rub with Humankind. It motors along with the ease of a Malcolm Gladwell book, and Bregman has the same ability to process reams of academic research and offer up its conclusions for a mass audience. It is comforting, especially in times as perilous as these, to hear that we are more helpful and peaceable than we are usually portrayed; that the Easter Islanders did not murder one another into extinction. But the Islanders’ actual fate, rounded up and sent to their deaths on another continent by another group of humans, was, ultimately, just as destructive. Bregman has made an admirable attempt at reviving the reputation of humanity, against a formidable tide of evidence. But history — and the present — shows that our deep-seated suspicion of those around us proves very difficult to shift.

Topics: business books, economics, history
Get s+b's award-winning newsletter delivered to your inbox. Sign up No, thanks