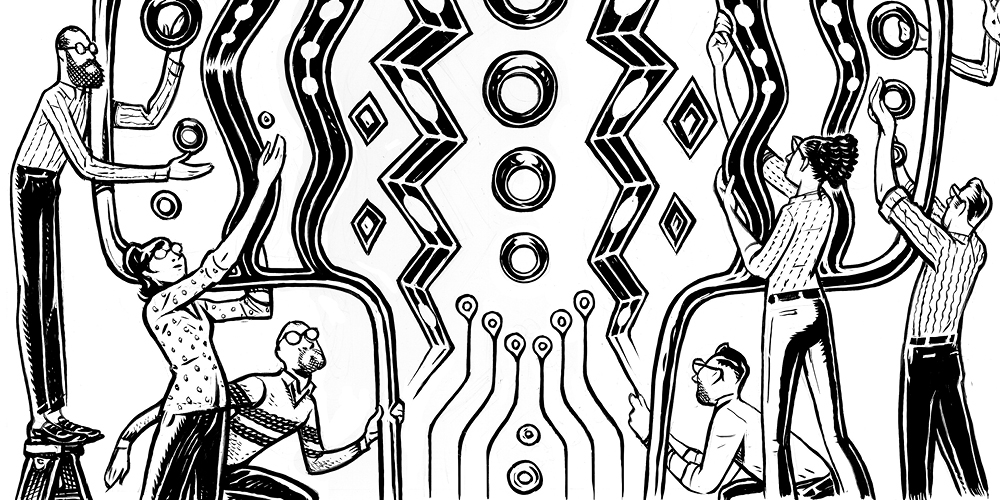 As companies all over the world reel from the effects of the novel coronavirus, a multitude of challenges, including slower growth, seem inevitable. Although taking care of employees and customers is paramount, prudent leaders must also pull themselves out of crisis mode and think about the future. Focusing on culture should be a priority, because a company’s culture can either support or derail its progress. By identifying the critical behaviors that must be embedded in your organization to bring that growth-enhancing culture to life, you can help your company weather these turbulent times and come out of them even stronger than before.

At PwC, we believe companies must align their strategy, operating model, and culture. Too often, organizations focus only on their strategy and operating model because they seem easier to change. But, as well-known management consultant, educator, and author Peter Drucker used to say, “Culture eats strategy for breakfast.” That’s because to get anything done, people must act, and culture dictates how people act far more than strategy or operating models do. Indeed, PwC research highlights the importance of culture over other elements of the business: Companies with a distinctive culture are twice as likely to have strong growth relative to their industry average and are almost twice as profitable.

Misaligned culture can lead to disaster. A classic example of this is RCA, the former electronics company. In the 1950s and up through the 1960s, RCA led the world in consumer electronics. Then, as documented in an article in the Harvard Business Review, in the late 1960s and early 1970s, Robert Sarnoff, the CEO of RCA, came to the mistaken belief that “the age of the big breakthroughs in consumer electronics…had passed.” This belief cascaded to the head of RCA Labs, James Hillier, who said, “The physicists have discovered about all they are going to for consumer application in the near future.”

With that mind-set, the company began moving away from consumers and focusing on business customers and what it saw as higher-growth products. The shift in focus was, to be sure, a strategic decision. But it was rooted in a cultural belief that nothing new was on the horizon. Sarnoff and Hillier actively chose to ignore or stop nurturing the culture of innovation that had made RCA what it was. The results of that decision are history. RCA ceded market leadership to companies such as Sony and Panasonic and eventually missed out on the market Apple was able to capture.

In contrast, consider a more recent example: Microsoft. A quick scan of the company’s stock from 2000 to 2014 tells the tale — flat growth from what was once a fast-rising star. Then in 2014, there was a rapid turnaround and an explosion in growth. What caused the stall, and what caused the turnaround?

CEO Satya Nadella came aboard in 2014. He described inheriting a cultural challenge, a “fixed mind-set.” Employees viewed any failure as an indication of personal defeat and so avoided the risk taking that was inherent in innovation. Nadella and his team decided to evolve the culture to a “growth mind-set.” But he understood that just saying employees should have a growth mind-set was not enough, so he and his team embedded the philosophy in every facet of the organization, from hiring to training to promotion. The results are unequivocal. Microsoft’s share price grew from US$45 when Nadella took over to more than $185 a share prior to COVID-19 impacts.

How to make culture work for your bottom line

What should a company do right now? Once you have ensured that your people are safe, your business continuity plans are sound, and your supply chain is restored, take a deep breath, and think about what’s brought you success and what threatens your growth. Then, get to work on your culture in these specific ways.

Consider your strategy and current culture. Every company executive should be able to answer three key questions quickly and coherently: How do we create value for our customers? What capabilities do we use to deliver that value? How well do our products and services fit that value proposition and those capabilities?

Companies with a distinctive culture are twice as likely to have strong growth relative to their industry average and are almost twice as profitable.

Once you know the answer to these questions, you’re better equipped to understand what your culture is like and how it helps or hinders you in these areas.

For example, at one regional bank, a paramount cultural trait was “mission and customers first.” This trait helped strategy because it meant that everyone in the organization had a passion for serving the customers who made up their community. However, it hindered strategy because employees suffered poor work–life balance as they pushed themselves to put work above even their own personal lives.

Another cultural trait at the bank was “caring for each other.” On the helping side, this principle meant that the work environment was supportive and employees felt safe, and they were happy to report to their jobs. On the hindering side, this led employees to avoid surfacing productive disagreement and to delay the tough decision to let people go if they weren’t working out. The cultural tendency at the bank to avoid disagreement and avoid making tough decisions became more and more an inhibitor of growth as time went on. Innovation — and the growth that often comes from it — cannot exist without productive conflict.

Define the behaviors your company should promote. Behaviors are specific, enduring ways of acting that are easy to implement and measure. Behaviors aren’t one-time actions, such as a CEO staying at a budget hotel once because she is pitching a cost-conscious client. They aren’t policy or process changes, such as sales goals being set once or twice a year. And they aren’t attitudes, such as “be enthusiastic about the company mission.”

Senior leaders are typically too far removed from the day-to-day reality to identify which behaviors would benefit the organization. Frontline managers, on the other hand, know which behaviors would address the problems they face, but they don’t always feel they have permission from senior or corporate leaders to make the necessary changes. Or, worse, they fear taking any action that could be interpreted as shaking up the status quo.

If you as a senior leader engage and empower the front lines early in the process, not only will you be able to pinpoint and develop the right behaviors for your organization to emphasize, but you’ll be able to mobilize the front lines to model behaviors and drive transformation.

For example, the regional bank needed a way to enable productive conflict so leaders could come to better decisions, cut through operational complexity, and reach growth goals. This was culturally challenging because leaders felt that conflict represented the opposite of the caring culture they’d worked so hard to create. But they committed to modeling this behavior — surfacing productive conflict without sacrificing care — and employees up and down the organization began to exhibit it in turn. The bank was able to overcome its growth obstacles.

Find ways to embed these behaviors. Once you’ve linked ways of acting to growth drivers, you need formal and informal ways to embed the behaviors in your organization. You should focus on four formal levers: decisions, motivators, information flows, and structure.

Look at how decisions are made, at who has decision rights, at governance forums, and at decision processes and analytics, and ask how the behaviors can be embedded in those processes.

Motivators include monetary rewards and other incentives, promotion and leadership development, and individual recognition. For a goal of surfacing productive conflict, this could involve creating a pulse survey to test and measure how often leaders encourage such conflict. And the scoring could be incentivized in performance reviews.

Information flows are how your organization processes data and knowledge. They include reporting, knowledge management, training, and systems. So, for our conflict example, employees and leaders could get training on the best and most respectful ways to surface productive conflict.

The last formal element is structure, which is how your company organizes itself around work. This includes organization design, roles and responsibilities, and policies and standards. For instance, certain roles, such as chief innovation officer or chief purpose officer, are clearly tied to specific behaviors, namely innovating and creating a sense of purpose.

We also recommend tapping into the informal organization by considering working norms, how people are inspired to contribute, mind-sets, and how people connect beyond lines and boxes on an org chart. The best way to engage informally is through what we at PwC call “authentic informal leaders.” These are the people in your organization who almost always have a positive point of view on difficult situations, are energizing to work with, and are the ones coworkers turn to for guidance and advice. They’re often people who don’t have formal leadership roles, and they’re found at every level in the organization.

For example, a key authentic informal leader at the regional bank was the executive assistant to the chief human resources officer. She had held a number of roles in the bank, including as a teller, as a branch manager, and in the corporate office. More importantly, she had her pulse on the organization and was able to act as a sounding board for what would and would not work in the bank’s unique environment.

The best way to use authentic informal leaders is early and often. Gather your leadership team and spend some time thinking about who the informal leaders are in your organization. Pick a handful from all areas of the business and form them into a working group. As you progress with your work to bolster your culture, meet with this group to get their help interpreting the results of your efforts and identifying key behaviors that will help you meet your company’s aspirations. After you meet, ask the group members how they want to be involved going forward.

For example, one idea that came from an authentic informal leader at the bank was a unique approach to surfacing productive conflict. The idea was to designate someone to be in charge of doing this at every meeting, and sometimes the group used an actual “conflict hat.” The hat itself was a playful way to invite conflict-related behavior in a culture that shied from such things. Moreover, the hat promoted psychological safety because employees felt invited to share ideas they otherwise might not have, owing to historical hierarchical sentiments.

There is great power in pausing to look inward and reevaluate your company culture, and the pandemic is giving us all reason to do just that. Look for where your culture is supporting or hindering growth, define the behaviors you need in order to continue growth or overcome obstacles, and then embed critical behaviors through formal and informal systems.

Topics: coronavirus, COVID-19, crisis, critical few, culture, growth
The business insights you need to succeed. Get s+b’s best ideas delivered to your inbox twice a week.
Sign up         No, thanks