“It’s so exciting that we’ve identified the critical few behaviors that are going to move the needle on our organization’s performance. But — now what?!” asks pretty much every one of my clients, ever.

One of the fundamental tenets of evolving organizational culture at the Katzenbach Center — the global institute for organizational culture and leadership with Strategy&, PwC’s strategy consulting business — is to focus on those “critical few” behaviors, or patterns of acting that are tangible, observable, repeatable, and measurable, and will help an organization to achieve its strategic and operational objectives. In an earlier article, I described how to identify and select the critical few behaviors in your organization that will drive change and evolve culture. Here we answer the inevitable next question: “Now what?”

By carefully selecting the change-driving behaviors that are right for your organization, and the mechanisms to spread them, you can drive cultural evolution.

The consultants at the Katzenbach Center have heard many variations of this question. In fact, we usually ready a preliminary set of ideas that will work for a client organization so that we can quickly get back to productive planning and action. But being able to fully answer the “Now what?” question requires an understanding of how behavior is spread.

In 2010, when social media networks started to quickly gain popularity, MIT sociologist Damon Centola was conducting experiments on how online networks affected behavior. The results consistently showed that people in “tightly clustered” networked communities were significantly more likely to participate in a designated behavior — in this case, signing up for a health forum — than those in more random or distantly connected networks. 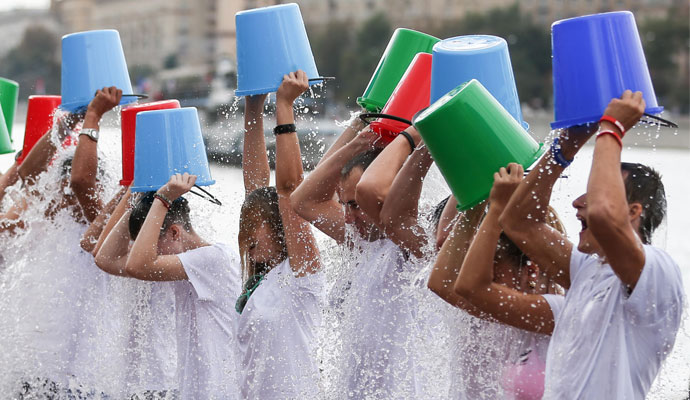 Despite the exponential rate of innovation in the technology and algorithms governing social media, this set of experiments from eight years ago is still widely respected. It also perfectly illustrates one of the Katzenbach Center’s key principles of organizational culture: Use cross-organizational methods to make the culture go viral, because people tend to do what they see their peers doing successfully.

Think for a moment about popular online social “challenges” — whether they exist to raise awareness or funds for a cause (such as the ALS Ice Bucket Challenge in 2014 or the “I’m donating my birthday to [a cause]” trend in 2017), or even for no discernible reason at all (such as the Mannequin Challenge in 2016 or the Harlem Shake craze in 2013). The first few times you saw these, you probably shook your head and moved on. But you kept seeing them. And then you saw your own friends participating. And then maybe you ultimately broke down and did one yourself.

Applying These Lessons in Organizations

The phenomenon also exists in organizations. For example, at Pfizer Ltd. (UK), the director of sales identified and enlisted a group of about 60 “behavior champions” (pdf) to help the organization break out of its traditional top-down communications approach. The behavior champions worked together to define what the company philosophy “business results come first” actually meant when applied to workplace behaviors. They then engaged their colleagues in discussions about these behaviors, and spread success stories throughout the organization. Eighteen months after the pilot began, the behavior-champions network had doubled and was working throughout the company to define, spread, and celebrate behaviors related to other management priorities.

When faced with a challenge like spreading their critical few behaviors, most organizations will default to familiar ways of trying to encourage change — using a top-down communication cascade to deliver information. They may hang HR-produced posters where employees congregate, or send company-wide emails to introduce an initiative. But these methods are rarely sufficient in driving real behavior change. Let’s remember the online behavior-spreading lessons, and look to some of the more viral, cross-organizational methods exemplified in those social challenges.

To create a truly viral cultural movement in an organization, it is critical to choose the mechanisms that will be most effective for your situation. The most apt mechanisms will vary according to several factors, including the particular organization, its current cultural strengths and challenges, its strategy, the objectives of its culture evolution or business transformation, and the critical few behaviors it selects. For example, storytelling may be compelling in a relationship-based organization, but not in a firm that is heavily data-reliant. An online “idea jam” may be relevant to drive behaviors related to innovation, but not to people development. It’s important to figure out what works in your organization.

There are, however, a few formal and informal mechanisms that will work in almost every situation:

Authentic informal leaders (AILs). There are certain people in your organization who can influence their peers or teams, not because they’ve been endowed with formal authority, but rather, because they exhibit informal leadership strengths (such as being an exemplar, networker, early adopter, or pride-builder). Engaging your company’s AILs almost always works as a good mechanism to spread the critical few behaviors because — just as with online behaviors — people tend to do what they see respected peers doing successfully.

The AILs themselves can be mobilized to embody the behaviors and to motivate their peers and teams to adopt them. If you’ve selected the network of AILs carefully, they can also offer invaluable insight into what mechanisms and actions will work best in your organization to spread the behaviors.

To create a truly viral cultural movement, it is critical to choose the mechanisms that will be most effective for your situation.

For example, at a national oil and gas company, one of the critical few behaviors is to outwardly recognize and reinforce desired behaviors and outcomes. The company’s AILs started purposefully commenting within their own teams when they observed people performing the other critical behaviors (for this company, they were related to collaboration, accountability, and doing what you say you will). Very quickly, the AILs’ team members began to do the same in their interactions with stakeholders outside their teams. Within only a few months, the habit of recognizing that others were trying to live the behaviors and succeeding had spread rapidly to other teams, stakeholders in other business units, and even external partners.

Leader signaling behaviors. These are highly visible actions that leaders take to demonstrate commitment and support the adoption of behaviors. Leader signaling behaviors are usually effective in spreading the critical few behaviors because, in an environment of constant change, where new ideas can sometimes feel like the “trend of the week,” people look to their leaders for cues about how important any particular initiative actually is. When your organization’s leaders are able to demonstrate in powerful and visual ways that the critical few behaviors matter, it can be a rapid accelerator for adoption.

Effective leader signaling behavior has a few distinct characteristics: It directly reinforces one of the critical few behaviors, it’s immediately observable by large groups of people in the organization, and it clearly illustrates that “this is different from the way things have always been.”

For example, to encourage more external awareness at a global technology company where employees were internally focused, the CEO made it a practice to ask everyone with whom she interacted at work about the number one, two, and three market leaders in their product service group. Her leader signaling behavior was related to a critical few behavior about competitiveness, it was easily observed, and it was an unusual and powerful motivator for people to quickly get smart about their markets and external competitors.

Formal systems alignment. This ensures that the formal aspects of the organization — such as performance management, awards, and compensation — are aligned with the critical few behaviors to provide a coherent experience for everyone. Few things can stop the adoption of a behavior in its tracks as fast as a policy or system that rewards the opposite.

Formal systems alignment is usually difficult for organizations because it can mean completely revising long-standing policies and procedures. But it can be critical for success, and it requires both a truly objective examination of what really drives behavior in your organization and a sincere willingness to adjust all systems that drive the wrong behavior.

One of the critical few behaviors at a healthcare payor centered on cross-organizational collaboration, yet leaders’ bonuses were tied to achieving individual targets. Until the company realigned the bonus structure to reflect the critical few behaviors, it found it very difficult to spread collaborative behaviors — no matter how important it was for the organization’s success, few people were willing to jeopardize their personal compensation for a behavior that went against the grain.

Now that you are able to choose the most effective formal and informal mechanisms for your particular situation, it’s time to finish the plan and start executing it. First, add the “necessary but not sufficient” mechanisms. These include things such as emails, trainings, newsletters, and intranet portals — all are needed, but none will really drive sustained behavior change on their own. Next, determine how you’ll measure progress and success. Choose a few key metrics that will clearly indicate whether people are adopting the critical few behaviors and help assess the behaviors’ impact on strategic and operational goals. Then, lay out the tactical plan for maintaining a consistent drumbeat of formal and informal engagement that will drive the critical few behaviors. Finally, start executing, making sure you take the time to learn and adjust as you go.

Applying lessons from online social “challenges” can accelerate your organization’s ability to adopt and spread behaviors. By carefully choosing and implementing the mechanisms that will spread your critical few behaviors, you can generate the enthusiasm and movement you’ll need to drive sustained behavior change. In fact, maybe we should start our own challenge! Let’s share our behavior-spreading success stories in the comments below. 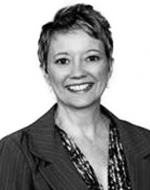