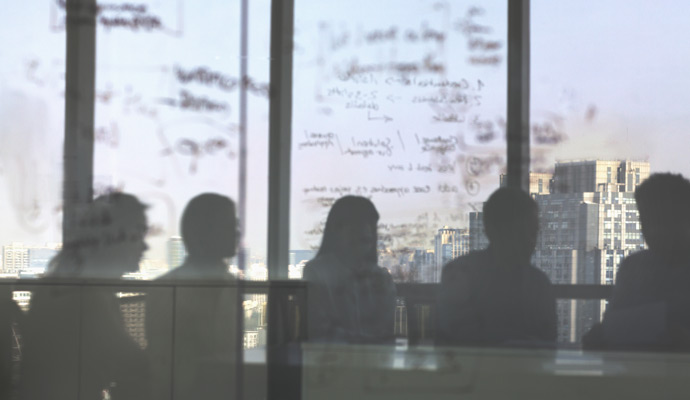 One of the inexorable consequences of corporate scandal is a push for reform of corporate governance. Thus accounting misdeeds and the dot-com bubble led to the Sarbanes-Oxley Act in the U.S., the global financial crisis led to the recently revised Shareholder Rights Directive in the E.U., and a series of corporate misadventures in Japan has led to the development of both a governance and a stewardship code.

So it is with a more recent crop of scandals. This time, however, the emphasis is a bit different. Rather than simply tightening up on procedure and process, companies and boards are now stressing corporate culture — how to understand it and shape it to preserve the franchise and reduce risk.

The change is potentially profound, and it’s driven, at least in part, by public disaffection with business, concern about inequality, and a sense that globalization has failed to deliver.

The response to scandal needs to be more than just a simple tightening of the rules. It must do nothing less than restore faith in capitalism, so capitalism can survive. Boards need to work out what their shareholders’ companies are there for.

For boards, this represents a new challenge. Much of their governance has hitherto been inward-looking and process-driven. The principal focus has been on the boardroom structure. Companies were expected to separate the role of chair and chief executive; to have a critical mass of independent directors; and to have committees covering key tasks such as audit, remuneration, and nomination.

The response to scandal needs to be more than just a simple tightening of the rules. It must do nothing less than restore faith in capitalism.

These traditional roles have helped position boards to make robust decisions, manage risks, and promote accountability to shareholders. But they have not always ensured that boards were properly engaged. Much analysis of recent corporate and financial crises reveals that boards were often supine, occasionally too inclined to give in to short-term pressures, and sometimes reluctant to challenge.

So now we are being driven toward a world in which boards are expected to be involved in their company’s culture. This is an important part of risk management, but it is also an opportunity to be proactive. As the 2018 U.K. Corporate Governance Code says, companies need a culture that is aligned to and supports their business model. The right culture is thus an essential ingredient of long-term success.

The task involves two things in particular from boards: understanding and shaping the forces that drive behavior within their organization, and making themselves aware of their company’s social footprint. Both of these actions are an extension of risk management.

Tolerance of poor behavior makes existential crisis more likely for a company, and ignorance of social impact can also threaten the whole franchise. If the firm’s values are out of sync with those of the society from which it receives its license to operate, then it is unlikely to survive in the long term.

The horizons of the average board are thus starting to broaden. Directors must still oversee strategy, risk, financial controls, and succession planning. But they must also analyze data they have previously tended to downplay or ignore.

The drivers of behavior

There is no objective process for scoring corporate culture, but there are indicators from which a reasonable picture can be assembled. If the board were to start digging in the area of human resources, for example, these elements can include staff turnover, the status of the corporate code of behavior, employee survey results, absenteeism, whistle-blowing data, exit interviews, and social media history.

None of these indicators are sufficient on their own, but they can provide some useful cross-references, provided they are backed up with appropriate analysis. For example, a reduction in the frequency of calls to the whistle-blowing “speak-up-line” may have any number of causes. It may indicate morale has improved, or that people have become too frightened to speak, or that the previously published numbers reflected errors. Increased calls to the line, accompanied by higher staff turnover and negative social media comments, however, are a real cause for worry.

The available data suggests that most boards do not spend a lot of time on these issues. Most do look at speak-up data but primarily because it sometimes surfaces evidence of fraud. They tend to block out and ignore the “noise” that comes from other sorts of complaints, such as people being unhappy with their manager. These quickly get redirected to HR. Yet the volume of “noise” is certainly an indication of corporate culture.

Getting the full picture requires moving beyond HR. The internal audit and compliance teams are also an important source of information for the board. For example, does the company enforce its own policies in regard to business expenses and supplier payments? What systems does it have for dealing with customer complaints? How is morale among suppliers? All of these factors are indicators of culture.

This sort of assessment of company culture may seem to add up to a demand for an unmanageable amount of information, but that need not necessarily be the case. Some boards are now starting to find that a so-called dashboard approach is useful. This enables them to home in on a range of indicators chosen to reflect the way their business works and to provide opportunity for cross-referencing that will help reveal particular problem areas.

An important factor in the choice of indicators is whether they are forward-looking. To give one serious example, fatalities always require a compassionate response at the senior level and a proper investigation, but diligence in this regard shouldn’t beget distraction. So it is also important for boards to monitor the conditions that could have led to serious injury or fatality even when no actual harm was done. The temptation to cover up a flaw might be great. Internal audit should make sure this does not happen.

Similar forward-looking indicators may focus on the number of times employees have had to be stopped from introducing practices that are breaches of regulation and the incidence of critical equipment failure. Poorly maintained equipment is a sign of weak culture. To put it crudely, it can reveal that although the pipeline has not exploded yet, it most likely will in due course.

The other part of the challenge for boards in assessing culture is the company’s social footprint. The U.K. government has been particularly concerned that boards should be aware of the views of employees, with Prime Minister Theresa May even suggesting during an election campaign in 2016 that an employee representative should sit on the board.

British retailer Marks & Spencer provides one example of how a company board can familiarize itself with the views of its workforce. Its Business Involvement Group is a network of 3,400 elected employee representatives from across all parts of the business. Local groups provide feedback to the national level, and the chair of this entity meets regularly with the board chair and CEO, as well as periodically attending board and remuneration committee meetings.

Knowing the views of employees is important, but it is not the whole story. Companies have a range of stakeholders, including customers, suppliers, shareholders, creditors, regulators, and those who may be affected by their business — for example, local communities where fracking is underway. Some of these stakeholders may be powerful shapers of opinion, with a critical ability to influence the company’s reputation.

An important question for boards is how far they get involved directly with outside stakeholders. Directors clearly do need to know enough about the views of stakeholders to satisfy themselves that the company is comfortable in its relationships. That will usually mean some firsthand contact backed up by data from opinion surveys.

Yet, with the exception of shareholders who elect directors, boards need to take care not to manage all these relationships themselves. Unless the firm is in real crisis mode, this is normally a task for the executive.

An example of a successful relationship with an external stakeholder is that of a regulated energy utility whose chair schedules recurring meetings with his or her regulatory counterparts, not to press the company’s case but to ensure the relationship at the executive level is progressing smoothly.

A first task for boards is to decide which stakeholders matter. Then board members should look at the sort of relationship the company needs with those stakeholders and what the board’s oversight role should be. Similarly, boards must decide which indicators of behavior they have to monitor and how to do so. Finally, they need to ensure the right information flows up to them from the appropriate sources.

This seems a daunting task, but many companies address it through the formation of a dedicated committee with a brief to take responsibility for nonfinancial risk, stakeholder relations, and ethics. The committee would then perform the basic analysis and refer critical issues to the whole board.

None of this will work if a first, vital condition has not been met. Boards cannot decide what sort of behavior they want and how their organization should relate to the outside world if they have not first agreed on what their values are and what their company is there for.

This needs to be more than a routine agreement that the corporate purpose is to generate returns for shareholders by whatever means are expedient. Companies need to deliver something of value to their customers, not find ways to extract value from them. DP World, a Dubai-based port and logistics concern, for example, says it exists to be “a leading enabler of global trade and an integral part of the supply chain.”

When a company’s employees go to work in the morning, they ought to do so with a sense of purpose beyond that of simply making money for the owners. The motivation that comes from a shared sense of purpose and a determination to deliver value to others is a vital ingredient of long-term success. Instilling it is now the task of governance. It is more difficult than before, but it is also more interesting — and, in the long run, more rewarding.