Early in my career, I was part of a team tasked with transforming operations for a healthcare services provider. The CEO was worried that employees were not committed to the company’s new strategy, which required an enormous shift in the corporate culture. People had historically focused on quarterly targets, but they now needed to prioritize caring for patients, being easy to do business with, and developing long-term relationships. But when we met the staff for the first time, skepticism and caution were already threatening to derail the strategy — the employees were seemingly uninterested in raising their game. At one point, we noticed the company values statement on the wall, which declared, “We exist to make life better for our patients.” However inspiring those words might have been, they felt totally disconnected from the reality we were seeing. 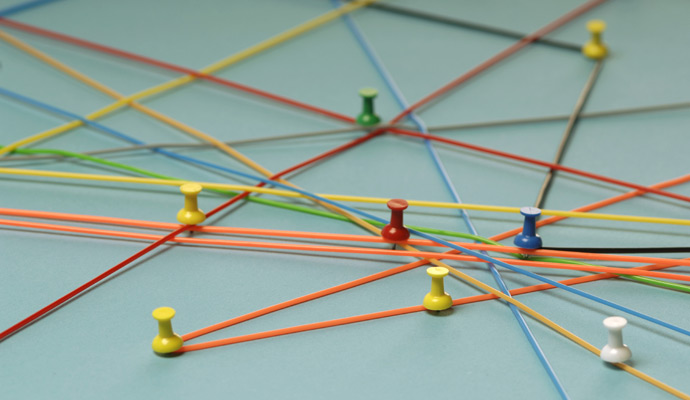 To shape a positive culture, many leaders focus on articulating their organization’s mission and values — the why and the how they hope will inspire their teams to deliver. The problem is that almost every company has a values statement. According to an analysis (pdf) by finance professors Luigi Guiso, Paola Sapienza, and Luigi Zingales, a full 80 percent of the S&P 500 advertise innovation as a core value and 70 percent advertise integrity. Not surprisingly, their analysis found that advertised values had no significant correlation to financial performance. However, in a follow-up study involving 679 U.S. companies and survey data from more than 400,000 employees, Guiso, Sapienza, and Zingales found that companies that lived their values in practice achieved higher productivity, higher profitability, and an increased ability to attract talent compared to those that did not.

How do we get from “values on the wall” to “values in action”? Rather than thinking of articulating aspirations as the core of any culture effort, I would propose that leaders view this as only the first step. The second step is integration — embedding values in everyday behavior and organizational systems. Both are important, but the latter takes far longer and involves far more work than most leaders expect. But here’s the good news: You can often accelerate progress by focusing on how to better live the values you have already articulated. For example, back at the healthcare services provider, one of my colleagues took the values statement off the wall and asked the staff, “Would you be interested in making this real?” That opened a lively discussion. As it turned out, the staff were dedicated professionals who felt the prior emphasis on quarterly results had compromised patient service. When we addressed that contradiction directly, they rolled up their sleeves, helping to redesign every aspect of their operation to focus on customers, and increasing profitability in the process.

If you find yourself in a similar situation, here are four lessons that can help as you integrate values into action.

1. You can’t impose culture from outside. It is tempting to design the culture you want on a clean sheet of paper. But unless you are in the first week of a startup, your people already have some shared stories, mind-sets, and behaviors. Besides, values are deeply personal; people resent having them imposed. Instead, try digging to discover the positive values your people already hold and aim to live every day. From there, you can clarify which values you want to amplify, support, or refresh.

“You can often accelerate your company’s progress by focusing on how to better live the values you have already articulated.”

2. People don’t commit to words on a wall. To be truly committed, your employees need to know: How do these guidelines translate into everyday behavior? What do these values mean we will do…or won’t do? What will the priority be when we have to choose? To show you are serious, spend time discussing tough questions and trade-offs. Richard Bistrong, chief executive officer at Front-Line Anti-Bribery LLC, advises midlevel leaders to identify the moments when employees might feel pressured to compromise, and tell them straight-out that you support them in saying no. Focusing on behavior this way is also the most effective means to reinforce new mind-sets.

3. No one always lives their values. Leaders sometimes wonder why values need to be discussed — either you have them or you don’t. But research shows we all have blind spots and can easily act contrary to our own principles in ways we ourselves would condemn on further reflection. According to Arup Group founder Ove Arup, we should think of our values as a North Star — as a guide rather than a destination. This means we need to actively look for contradictions and ask other people to help keep us honest. Start by talking with your employees, who see incongruences all too clearly. In surveys or listening sessions, ask about situations in which your firm fully lives its values, and those in which it doesn’t measure up.

4. People expect programs to fade. Too often, leaders initiate an effort to shape culture, then move on after the initial campaign. This means one of the fastest ways to get your staff’s attention is simply to sustain your focus over time. Dick von Martens, cofounder of the firm SelfLeaders, which helps people clarify and act on their values, suggests focusing on one value every month. During a meeting or over coffee, ask your team: What does this value mean for us now? How important is it to our mission and strategy? How are we doing? Can we take it to the next level? Then, select an action together and see it through. If you build this habit in a consistent, low-key way, your team will gradually get over the “hokiness” factor and gain the confidence to risk even bigger shifts or tell you about the barriers that prevent them from doing so.

In the end, the only values that matter are the ones we live every day. Acting with integrity as an organization means continually working to integrate our aspirations into our behavior, at scale, across geographies, and as things change. Gaps and contradictions are not exceptions; they are the core of the work. This is why a strong positive culture is such a sustainable advantage — and why it leads to such outsized rewards in terms of customer loyalty, brand credibility, employee engagement, strategic agility, and stakeholder trust.