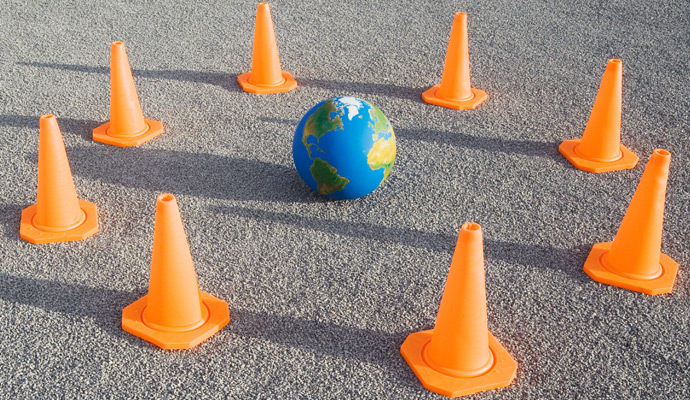 I recently came across a press release touting a company’s brand purpose statement, which promises that its products will raise the quality of life for all people, all over the world. The idea that any company could actually do this, though, strikes me as fundamentally unrealistic and just seems like an attempt to jump on the change-the-world bandwagon, which has become a popular thing to do as employees increasingly expect employers to prioritize social responsibility. But organizations that overreach with simplistic, empty pledges are missing the point of what a purpose statement should be.

I’ve spent five decades working with brands, helping organizations achieve greater recognition and relevance. Crafting an effective purpose statement is crucial to that goal. A company’s purpose is its reason for existing, and a succinct statement should explain this, giving all employees an identity to latch onto and the inspiration to be inventive and advance the organization. It should become a driving force in decision making, replacing traditional, predictable mission and vision statements. Purpose shouldn’t be confused with corporate responsibility programs, through which companies fund sustainability, education, and research, or take a stand on social issues.

There are two critical requirements for defining and implementing a meaningful and effective purpose program. First, you must leverage the intellectual firepower of your organization to generate a distinctive, actionable idea of what your purpose should be. The other key ingredient is a leader with the personal will, courage, and compassion to take responsibility and actively model the vision expressed in the purpose statement and use it to motivate employees.

The Importance of an Effective Leader

In his book Team of Teams: New Rules of Engagement for a Complex World, retired U.S. Army General Stanley McChrystal, who led the Joint Special Operations Command (JSOC) during the mid-2000s in Afghanistan, Qatar, and Iraq, emphasizes the role of leadership in an authentic purpose program that drives behavior. He reorganized the JSOC around the idea that “it takes a network to defeat a network,” and says the changes that came out of this recalibrated focus helped Navy SEALs respond effectively to spontaneous, fast-moving terrorist attacks.

McChrystal says order emerges from the bottom up and shouldn’t be directed from the top down, but for purpose to be integrated into the culture of any organization, the most powerful drivers are the CEO’s enthusiasm and highly visible support. The CEO exemplifies the purpose by living it and building programs derived from it, and then constantly supporting those programs in a voice that clearly demonstrates the culture he or she is trying to create. McChrystal did this in Iraq, for example, by setting up daily videos and teleconferences between him and the thousands of troops under his command.

McChrystal stresses that “purpose affirms trust, trust affirms purpose, and together they forge individuals into a working team.” According to McChrystal, the role of the senior leader is not that of a controlling puppet master, but of an empathetic crafter of culture.

Making Your Purpose Reflect Who You Are

The old purpose statement read: “As fierce advocates for justice, we are dedicated to providing a new education in justice that embues our students with the skills, insights, and passion to become positive agents of change.” The school kept only the most powerful words — fierce advocates for justice. They’re now displayed in 20-foot-high letters throughout a striking new building and are championed by the college’s president. They’ve also inspired the development of an upbeat, fearless brand voice, a powerful logo and design system, and a communications program for John Jay’s first fund-raising campaign.

With this crystal-clear call to action, there was no need for a training program to implement the updated identity for the college. It took hold naturally under the leadership of President Jeremy Travis, who espoused the school’s repositioned brand and used it as a lever to build the college’s visibility and reputation. For instance, President Travis created and began hosting an awards program that celebrates people who personify the idea of “fierce advocates for justice.” Awardees have included Gloria Steinem, Elie Wiesel, Harry Belafonte, and Bryan Stevenson.

Once the purpose statement was put into effect, the number of student applications increased dramatically, and a donor base was activated to fund a wide range of research. But what really dramatized the impact of this purpose statement was how it became embedded in the culture of the college. President Travis tells the story of interviewing a distinguished professor, who said, “How can I not come to an institution that lives by the credo ‘fierce advocates for justice’?”

The purpose statement became such a part of the institution’s identity that when a group of students mounted a campaign to change the name of the college, they adapted the corporate advertising campaign as the voice of their messages. And when a disabled student succeeded in getting special ramps at the college for her wheelchair after an initially unsuccessful attempt, she realized that she, too, had become a fierce advocate for justice.

The powerful role that purpose played in building John Jay’s visibility and attracting research funding, distinguished faculty, and high quality students contrasts sharply with the rhetoric in some other companies’ brand purpose statements. John Jay’s statement taught the organization who it was. And the organization constantly reminded itself to be true to that identity.

Using Your Purpose to Engage Others

The Urban Institute is another organization that was reinvigorated by a meaningful purpose statement that became a driving force for change.

The think tank, known for its academic rigor and objective points of view, was caught in political cross fire, losing influence and donors to more partisan organizations. In response, it developed an engaging purpose — “elevate the debate” — as the foundation of a program to raise its relevance and reputation for intelligent analysis of urgent problems.

The statement fundamentally changed how the Urban Institute translated its research to make it more accessible to the public. This involved developing interactive maps and long-form essays, producing videos, and publishing blog posts to address issues in the news cycle.

“The Urban Institute’s new narrative is really distinctive and captures our essence,” said President Sarah Rosen Wartell. “It reached more places than I would have expected and lives in the day-to-day management of the organization.”

Purpose statements are able to effect change, which makes sense because it’s in our DNA to seek meaning. Why are we here and what are we meant to do? Philosophers and leaders through the ages have offered their own answers to this question, and I’ll continue: Once you find a compelling purpose, just add passion and make your mark.

Building stakeholder trust in measures of sustainable performance
Investors say they value a company’s data on sustainability almost as much as they value its financial data. They need to be able to trust it as much, too.
by Matthew Falconer and Cécile Saint-Martin