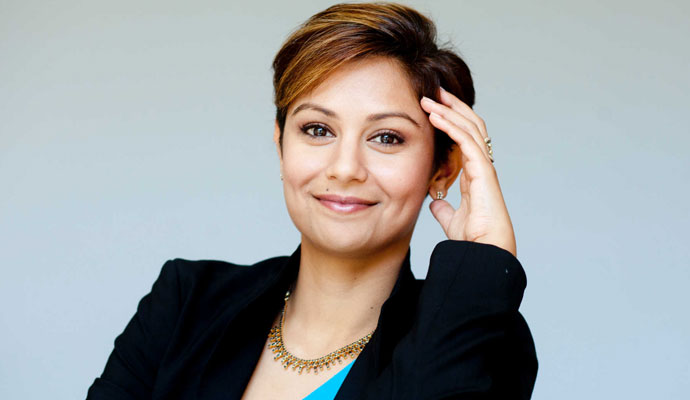 Why are people who feel poor less likely to use coupons than people who feel wealthy? Why do our opinions of how others should be punished for ethical transgressions vary by how well off we perceive ourselves to be?

Something happens when people take stock of their financial status and don’t like what they see. If they haven’t lived up to their own expectations or think their peers are better off, individuals facing money troubles — both real and perceived — form judgments based on these feelings. As Eesha Sharma, an assistant professor of business administration at the Tuck School of Business at Dartmouth, has found, feeling poor can affect the way people spend and save, among other habits. As she explained to strategy+business in an interview in March 2016, biases driven by financial pressure creep into a wide swath of people’s choices and actions.

Sharma, a former investment banker, began her academic career examining how people think about and react to others facing poverty, which she wanted to study as a way of developing strategies to increase charitable giving. One method she has found particularly useful is to help potential donors feel effective, to believe they can make a difference. Her body of work speaks to the power of self-perception in influencing much of what we do.

People typically first try to bounce back by taking direct actions to alleviate their state, such as limiting discretionary spending. But in the absence of such opportunities, they may compensate in other ways — by adopting a range of strategies that they think will improve their position.

S+B: How do people’s spending habits change?
SHARMA: I’ve found that people who feel financially worse off than their peers tend to select and consume items that seem relatively scarce. Based on the existing literature, we know that items that seem scarce become more desirable, in part because people tend to take that scarcity as a cue for value. Think of the newly successful buying a rare sports car, or the newly rich purchasing a Monet. To the extent these individuals are insecure about their relative financial standing, acquiring these purchases may compensate for feelings of inferiority. But even if an item is accidentally scarce or people don’t really have a strong cue for its value, just the fact that it is less available to others enhances people’s preferences for that item [when they feel financially deprived].

In one study (pdf), my colleague [NYU's Adam Alter] and I gave people the option to choose one of two types of candy from a vending machine, one of which was available in a smaller quantity. Some were told that prior participants had already consumed the less available candy, others were told we ordered less of one type of candy, and still others were told we just happened to have uneven amounts. We had led some of the participants to feel financially deprived before the candy was made available, and most of the participants who felt worse off preferred the scarce item — except those told that the less available items were limited because prior participants had taken them.

The takeaway is that when people believe others are better off, they want scarce items — things they think others don’t have. However, when those items are scarce because their peers already possess them, those items lose their appeal because they no longer offset the relative imbalance of resources.

S+B: What about savings habits?
SHARMA: I’ve found that people who feel financially constrained prefer to focus on ways to make money rather than finding opportunities to cut back. In other words, when people feel poor, their attention shifts away from saving opportunities and toward earning opportunities.

When people believe others are better off, they want things they think those others don’t have.

For example, my colleague [Dartmouth's Punam Keller] and I gave participants who felt financially constrained a choice between two jobs with the same salary, one job that offered an annual bonus of US$4,000, and another job that offered a bonus of $2,000 but that would save them $2,000 a year in transportation expenses. The majority of people chose the former option. We’ve controlled for a number of competing explanations, but participants still prefer the earnings-framed job even when we tell them that their bonuses and expenses will remain constant over time, and that there’s an equal chance of promotion, raises, and job security. When we bumped up the transportation savings to $2,500, people were indifferent between the two jobs. The only thing that nudged them toward the savings-framed job was highlighting that the amount saved was akin to pretax earnings that they could spend on other things.

In a follow-up project, we are looking at couponing behavior. You might think that people who feel more constrained financially would be more likely to shop by price, use coupons, and take advantage of discount offers. But we’re actually finding the opposite: They are less likely to say that these are “good” offers, and they are more likely to experience feelings of embarrassment or shame when taking advantage of them. People who feel wealthier, meanwhile, feel proud and financially savvy for taking advantage of these offers.

I’m trying to determine whether these tendencies can be eliminated, depending on a variety of factors. For example, what if we frame discounts as a way to earn, rather than save? I’m also looking at who people shop with (for example, family versus friends), whether people are shopping for something for consumption in the public domain or the private domain, whether it’s a discretionary purchase or a nondiscretionary purchase, and so on, to see which variables influence people’s feelings and behavior.

S+B: You’ve also done research on how feeling poor can affect ethical decision making.
SHARMA: In this study (pdf), my coauthors [University of Toronto's Nina Mazar, NYU's Adam Alter, and Duke’s Dan Ariely] and I started by talking to people about their perceptions of moral conduct. We asked: Do you think you would change your moral behavior if you were feeling worse off financially? Do you think you would lie, cheat, or steal if faced with financial pressures? How would you judge other people who committed moral transgressions, and do you think it would be any different if they did so because they felt poor?

Overwhelmingly, people responded that feeling poor does not excuse immoral conduct. Nor do they think that it would change their own behavior, or that others deserve leniency because they commit moral transgressions out of feelings of financial deprivation.

S+B: And when those same people were led to feel financially deprived?
SHARMA: They suspended their initial beliefs. If you give people a task where they can cheat for financial gain, they are likely to cheat more if they feel worse off. Immoral conduct increases if it is [done] in the service of improving one’s financial situation. Such actions are driven by feelings of unfairness; we don’t observe similar unethical conduct when people feel their financial standing (even if worse off) is justified or deserved.

We also asked people — after they were led to feel financially worse off — to read about others’ transgressions, and to indicate how harshly or leniently they should be judged. Those participants thought people should be treated more leniently when their crimes were driven by their financial position.

S+B: How do people make decisions about others who are confronting financial hardships?
SHARMA: Much of my research in this area focuses on instances in which people tend to be less charitable. I’m trying to understand barriers to giving, and how they might be changed.

For example, people tend to be more sympathetic, and therefore generous, to single, identified beneficiaries: individuals with a name and a face. When a larger number of people are involved, we don’t feel as emotionally attached. Another driver of giving is “perceived impact.” When people talk about whether or not they want to give, they often say, “I don’t know if I’m going to be able to make a difference.”

When people don’t think they can make a meaningful difference, they focus on a smaller, more manageable segment of need. For example, instead of donating to a global organization that seeks to end hunger for millions of people, they would choose to sponsor one specific child. But not all causes have the ability to match donors with specific targets given their mission or budget. And most of the attempts aimed at overcoming people’s tendency to be less generous toward more than one target — to get people to give more to larger groups — have not been effective. Those attempts have tried to stress the inefficiency of helping just one person at a time, increase the tangibility of larger numbers of people in need, and change perceptions of the target charity or the cause itself. But unfortunately, those efforts generally make people less emotional and generous.

Instead, my colleague [NYU's Vicki Morwitz] and I take more of an ego-driven approach (pdf). We have people think about a time when they were able to take steps to accomplish a goal that was important to them. By encouraging people to consider ways that they have been effective — even if it’s entirely separate from the donation context — you can increase their perception that their actions will have an impact. It’s like the distinction between people’s confidence in their abilities (“I know I am capable of studying for a test”) compared with their confidence in how effective those steps will be in making something happen (“I know studying will lead to a good grade on the test”). When people thought about their “self-efficacy,” it increased their belief that money donated to charity would actually make a difference. And when people feel that they are capable of being effective in this way, they give more to multiple beneficiaries.

S+B: So self-perception is everything?
SHARMA: It’s a big part of it. I teach a course on consumer behavior, and I spend much of that class talking about biases that creep into our decision-making process. We’re all vulnerable. It’s remarkable how often I find myself in purchasing situations, and I reflect on my behavior. I know exactly what I’m doing, and the biases that are affecting my actions. But for the love of all things good, I cannot help myself. We’re talking about some powerful drivers of behavior stemming from forces that are difficult to overcome. So much of what we do is a function of how we perceive ourselves, and how comfortable in life we are.