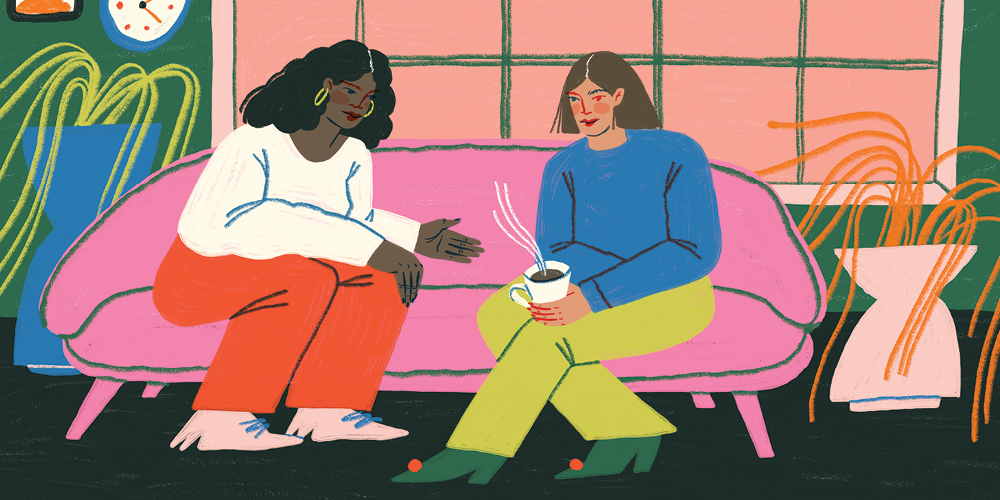 Talk to some CEOs, and it becomes clear that lockdowns imposed by COVID-19 tore down barriers between them and their workforce. One leader I know was taken aback by the response he got for a casual reference to “all 8,000 of us” in an all-hands Zoom call. Isolated staff clung to what they saw as a significant moment of togetherness, and emailed him their heartfelt thanks.

Other CEOs acknowledge the fresh divides that were erected and still need to be navigated. In an interview, Amanda Blanc, CEO of London-based insurance and savings group Aviva, highlighted the challenge of remote leadership, including presenting over “video walls.” “If you were an introvert, it would be a very difficult thing to do,” she told the Sunday Times of London.

The ambition to preserve the status quo, though, drove some CEOs to behave as normal, including Yves Perrier of French asset manager Amundi, who went to his Paris office every day of lockdown. I suspect it was just as comforting for him as it was intended to be for his staff. But others took this idea to extreme lengths, such as a CEO who filmed his Christmas message last year standing at a lectern in an empty lecture hall.

Going into the pandemic, I was focused on the leaders that I described in my recent book, The Nine Types of Leader. This taxonomy was distilled from encounters with CEOs during my 20 years in financial journalism. In that time, I had examined up close the all-powerful Alpha, growling into his mobile phone or summoning lieutenants to join him at the opera; the passionate Lover, throwing herself into an advertising pitch or leading a high-energy workout; the fearless Fixer, dispatching staff and pleading for clemency from creditors; and the others. But the one that stands out as lockdowns subside and economies start opening up in many markets is the Human.

By Human, I mean someone with a large dose of emotional intelligence. Humans listen carefully, admit mistakes, communicate authentically, and take seriously their duty of care to colleagues and other stakeholders. They also remain self-aware and can justify their own existence. Importantly, they understand the value of their people, not just for their outputs but for their links with the outside world as powerful advocates, vital mood takers, and, sometimes, harsh critics.

Human leaders naturally bring their whole selves to work. For them, it did not take a pandemic to forge intimacy with their staff. They had already thought about how the human traits of fairness, decency, and fun should be applied to the workplace, while also maintaining respect and knowing where the buck stops. In a time of great uncertainty, these kinds of leaders can provide a lesson for the command-and-control Alphas or the Fixers who think they have all the answers.

Leaders who find it difficult to embody the Human leadership style might ask how to become more Human. I identify three qualities to bear in mind: valuing loyalty, appreciating listening, and understanding that less is more.

Loyalty is the invisible bond that ties colleagues together in a modern corporation. It is especially valuable when members of a team are far apart. How can a leader inspire loyalty? Kindness, flexibility, and teamwork are good starts. When loyalty begins at the top, it is embedded in the corporate culture.

Human leaders naturally bring their whole selves to work. For them, it did not take a pandemic to forge intimacy with their staff.

Clare Gilmartin, until recently the chief executive of European rail ticketing app Trainline, recalls her firsthand experience of the power of loyalty when she was given a little extra leeway to juggle her professional and home life earlier in her career. Returning to work at eBay after having her first two children, she needed time to readjust. That meant dropping back to a four-day week for six months. Her employer understood when she asked for flexibility.

“We need to encourage people to ask for more flexibility; not forever, just for a certain phase,” Gilmartin said in an interview. “Boy, do I think it pays off. If you can help women and men manage through challenging points in their career, they will be super-loyal and thrive thereafter.”

Listening should be an everyday priority. Leaders discover what is on their staff’s mind only by listening, whether that is a set-piece exercise or an ongoing effort. Charlie Jacobs, the senior partner at London-based law firm Linklaters since 2016, tries to do this by putting himself in places where he can have informal conversations. Back when business travel was commonplace, whenever he arrived in one of Linklaters’ offices around the world, he headed to the gym, not the boardroom, to find out what was going on. Jacobs was no fan of after-hours drinks and preferred a pre-work spinning class that allowed him to mingle with colleagues from all levels while working up a sweat. “I get a different cross-section of people coming, we get a shake or a fruit juice afterwards, and they can see a more down-to-earth side to the senior partner,” he told me.

In her time at Engie, a French energy firm, Isabelle Kocher widely publicized the fact that part of her management style was to consult with her 155,000 staff. She did this through a survey as she attempted to reconfigure the corporation for a low-carbon future. This could have been a box-ticking exercise, but it was backed by a determination to lower the center of gravity of the organization and draw in new thinking, too. “I don’t believe in leaders who have the wisdom alone to define [a strategy],” Kocher said in an interview. “The name of the game is to provoke the fact that everybody feels in charge of the emergence of this vision.”

But this is also something of a cautionary tale. Kocher did win over the staff, but the same could not be said of Engie’s directors—they terminated her mandate in February 2020. Humans still have to deliver results and keep senior colleagues on board.

"Less is more" is the third concept. Sporadic experimentation with less leadership—such as the leaderless Swedish consulting firm Crisp DNA—is a reminder that the CEO role is potentially a precarious one. Crisp has just over 30 employees and no tangible product, so the challenge was not so complex for that company. But it is worth asking if the lean approach for larger concerns could make a difference in the boardroom. It comes down to where the leader adds value.

Human leaders are focused on making the best use of their time and keeping organizations focused on their mission. They act as executive sponsors to pluck ideas from within their organization and ensure that promising projects make headway. In order to do so, they need to cut through the complexity that builds up in organizational structures.

Nick Pearson eloquently explained optimization to me and described what his role really is. The chief executive of Parkrun oversees an organization that in normal times puts on a free 5K timed run every Saturday morning for 350,000 runners in 22 countries. It has stayed small at the center, with just 43 permanent staff members.

“[I have to] make sure we are absolutely doing the maximum we can with the minimum level of resource and investment,” Pearson said. “That is how we will be sustainable for ten and 20 years. We won’t be sustainable if we build a model that needs to double in size every two and a half years like our participation is [doing], because our costs will spiral and spiral.”

At Haier, the Chinese home appliances brand, chairman Zhang Ruimin was always focused on returning the business to its entrepreneurial roots. After thinning the middle-management layer in 2012, he created 2,000 self-managed teams that bid internally for customer orders and external investment. It’s become a classic business school case study.

“I believe hierarchical companies will eventually die off, whereas networked organizations—which are self-organized, not organized by others—will sustain,” he told me in an interview.

Human leaders long ago emerged from the corner offices that maintained an artificial barrier between them and their workers. COVID-19 provided a new impulse to break down the divides even as it enforced greater separation. Social media and social platforms have also played a role. The Human leader recognizes that the modern corporation is more porous than ever, operating today in the Glassdoor era in which internal gripes and even internal praise are easily externalized for everyone to see. Now is the time for all other leaders to catch up to the Humans.