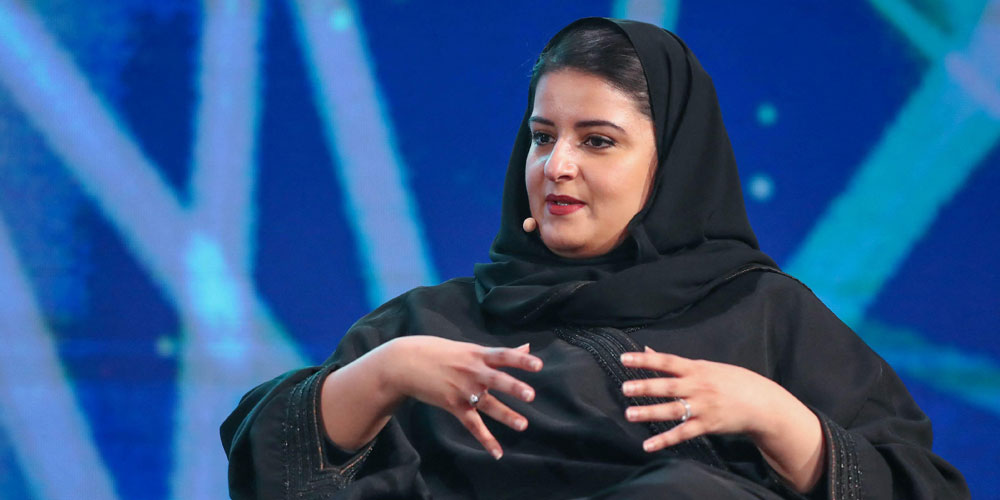 Scholars have long wrestled with the nature of trust. Perhaps this is because our understanding of trust is flimsy: we bandy the word about and use it to refer to a potpourri of characteristics. In the days of togas and laurels, Aristotle argued that in order to gain the trust of listeners, a speaker had to have ethos (character), pathos (emotion), and logos (logic). In other words, there’s more than one way to gain trust, and these ways vary vastly from the moral domain, to the emotional, to the logical. 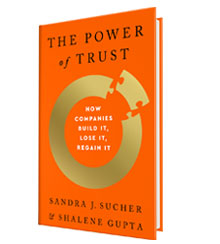 Many centuries later, in 1995, three management researchers—Roger C. Mayer of North Carolina State University, James H. Davis of Utah State University, and F. David Schoorman at Purdue University—came up with a list of trust factors that includes traits such as ability, integrity, goodwill, benevolence, and openness. Though this might feel like a word salad, one theme of trust emerged from their research: competence.

Competence, which refers to skill or ability, is logic based (or logos). Here we’re not concerned with whether someone is right or wrong, just whether they are effective. Yet it is the sine qua non—the foundation—of trust. Business leaders gain and retain trust with competence in different ways, with either their technical expertise or their ability to manage internal and external relationships so they can achieve their company’s objectives and adapt to changing circumstances. In the end, competence in leaders allows them to set the vision for creating a product or a service as well as manage relationships so that the product or service gets off the ground.

There’s more than one way to gain trust, and these ways vary vastly from the moral domain, to the emotional, to the logical.

One of the best illustrations for understanding the importance of competence in establishing trust can be seen in the story of one of the few women to ascend to a leadership position in Saudi Arabia’s financial sector.

Sarah Al-Suhaimi became the first female CEO of a Saudi investment bank when she took that post at NCB Capital, an asset management and investment banking arm of National Commercial Bank. It was 2014, and Al-Suhaimi, only in her mid-30s, was tasked with creating a new business strategy and lifting the morale of a disenchanted workforce.

Al-Suhaimi always knew she wanted to get into business and studied accounting at university. She started her career at the Saudi American Bank (often called “Samba Financial Group” or “Samba Bank”), which was affiliated with Citibank. In the early aughts, not many Saudi Arabian women like Sarah worked outside the home, especially in the field of banking. She joined the Investment Management Division, where she was given an office on a separate floor, because no women were allowed on the floor of the division in which she worked.

At the time, Al-Suhaimi’s father was the deputy governor of the Saudi Central Bank and the main person responsible for regulating investment banking in Saudi Arabia before the establishment of the Saudi Capital Market Authority (NCB Capital’s current regulator). This connection meant Al-Suhaimi had to work harder to prove she’d earned her position. “They basically gave me no work for a while, and the perception, I learned later, was that I was the spoiled daughter of the deputy governor, just coming here to pass time until she gets married,” she recalled. “So, no one took me seriously.”

Al-Suhaimi asked to go to Samba Bank’s training center. There, she earned the respect of her coworkers through her stellar performance in the classes. After finishing the program, she elected to join the asset management area. In 2003 in Saudi Arabia, the asset management function had no data coming through the internet. People worked in a manual world—getting information for public equity research by inputting data into Excel spreadsheets from financial statements that were only available in print form from newspapers.

Al-Suhaimi learned everything she could by volunteering to do the work no one else wanted to do. Over a period of five years, she did every job in asset management, including overseeing compliance and writing risk reports. And she went beyond that to lead Samba’s implementation of a front office asset management system—a first for the kingdom—converting manual trading activities into a more streamlined, reliable, automated process. She progressed from research analyst to assistant portfolio manager to senior portfolio manager.

When Al-Suhaimi’s boss from Samba Bank left to start Jadwa Investment, a midsized boutique investment bank, he asked her to join the new company. And she did—becoming the only female employee at Jadwa, where she worked on public equity management. Al-Suhaimi did so well she was made chief investment officer, responsible for sales and wealth management. She was also a member of the committee that decides on private equity investments. There, she attracted the attention of the then-chairman of NCB Capital, who sat on an investment committee whose money was managed by Jadwa. He was so impressed with her performance that he offered her the position of NCB Capital’s CEO.

When Al-Suhaimi arrived at NCB Capital in 2014, Wassim Al-Khatib, the current head of investment banking, was then in middle management. He had been working at NCB Capital since 2006 and didn’t want to leave. Yet he knew that there was no future for him at NCB Capital if the new leader could not turn it around. He probed into Al-Suhaimi’s background and was so reassured by what he found, he decided to stay.

Al-Suhaimi made good on her reputation for competence by crafting a new strategy for NCB Capital. At the heart of the new strategy was a goal of moving away from volatile revenues, which made it hard to maintain steady growth. The main source of volatile revenues was its brokerage business, where clients pay NCB Capital a transaction fee to buy or sell stocks or bonds on their behalf. When stock and bond prices rise, investors trade more frequently, as had been the case in Saudi Arabia for several years, and the business earns a lot of revenue from transaction fees. The downside is that when the stock and bond market does poorly, people stop trading and revenue from transaction fees dries up.

The first part of Al-Suhaimi’s strategy was to create a more dependable revenue base through NCB Capital’s asset management businesses. When an investment bank sells asset management products such as mutual funds, private equity, or other investment packages it creates, it earns recurring fees for as long as investors stay invested in those products. Because these fees are asset based, the investment bank’s revenue fluctuates only if the value of the funds changes or if customers put more money in or take money out. The second part of the strategy was to run the firm more efficiently so its costs would be reduced over time. Because NCB Capital now had lower costs and a more stable source of revenue, even in a terrible year, it aspired to reach a 50% net profit margin—an ambitious target, given that for most investment banks globally it’s about 15%.

For NCB Capital to grow, it also needed to find a new base of clients to pursue while the firm continued to rebuild its relationship with the parent bank. Going after institutional investors became another pillar of the new strategy. In addition, Al-Suhaimi began a systematic examination of the firm’s current asset management products, meeting with product owners for detailed reviews. Over the next two years, NCB Capital either liquidated or scrapped nonperforming products. Only after the product portfolio had been cleaned up did she allow teams to develop new alternative investment products.

For Al-Suhaimi, the first step toward gaining everyone’s trust was proving she had the chops to stabilize the business. This required both having an excellent track record (she would have never been given the job without one) and then, upon entering NCB Capital, taking swift action to steer it back to profitability.

Two weeks before her official start, Al-Suhaimi began to meet with key staff, and Al-Khatib, the employee who had done some research on her past, was one of the first to meet her. He was outside Riyadh when he got the call but flew to the city as soon as he received the invitation to talk. Never having met Al-Suhaimi, he had no idea what she was like.

“I walked out onto the floor, and there was a lady talking to another person with her back to me,” Al-Khatib said. “When she heard me walk in, she turned around and immediately introduced herself. She invited me into her office, and we started talking. Here she was, CEO of what is effectively the Goldman Sachs of Saudi Arabia, casually sitting with me having a conversation over coffee. Right away, I was impressed by her humility.”

They exchanged stories about their personal lives, backgrounds, and career experiences. Al-Suhaimi asked Al-Khatib to fill her in on the history of the investment banking division at NCB Capital. “One of the options,” she said as he was concluding his description, “is to shut down the investment banking division completely. What do you think of that?” Al-Khatib expressed confidence in the division’s potential and was delighted that she agreed. “I appreciated her asking for my opinion and felt this was someone I could not only relate to but also work with.”

Al-Suhaimi’s next challenge was to create a connection to the firm’s many disillusioned and disheartened employees. “When Al- Suhaimi joined,” one executive said, “there was so much conflict between departments that there was no motivation. You’d see people sitting alone in their offices, playing with their phones—everybody thought they were at a dead end. It wasn’t a business environment where people wanted to deliver or achieve.”

Al-Suhaimi set up town halls across the company to reconnect staff to the business and open the logjam created by years of a rigid hierarchy that stifled communication and idea-sharing. She visited every branch office to introduce herself and to describe a new vision and ambitious plans for NCB Capital. She recalled the reaction to her message at one town hall meeting in 2015: “I told them I was expecting to double our assets under management by the following year, and everyone looked at me like I was crazy. I told them to just trust me and to concentrate on developing good products.”

They weren’t the only ones who thought she must be kidding. Naif Al Mesned, the new head of wealth management, recounted his first discussion about his own financial goals with Al-Suhaimi. “I remember the first time targets were assigned to me—I just started laughing. I said, ‘Sarah, are you serious? Is this a plan to fail? It’s totally unrealistic!’ Looking back, I can see how she made us all realize that things we thought were unattainable were actually possible. We learned to think bigger and to push ourselves to achieve our goals.”

By the end of Al-Suhaimi’s first year, NCB Capital was back in the black, earning a profit of US$86 million. In 2019, its profits were around $122 million, and as of this writing, in 2020, NCB Capital leads the Saudi investment banking and asset management sector in almost every major metric. Al-Suhaimi had more than lived up to her reputation for competence and the trust it inspires.