Women are far more visible today in the boardrooms of financial services (FS) companies than ever before, perhaps as a result of soul-searching and positive actions taken after the 2008 financial crisis. But the same can’t be said for mid-tier management, where men outnumber women by almost three to one and there has been no change in representation. This is partly responsible for the significant pay gaps that persist — as much as 31 percent in the U.K. and the U.S., where insurance and finance have some of the biggest gender pay gaps (pdf) of any industry.

Women in FS feel that they are at a disadvantage, both in the way they are treated on a daily basis and in the opportunities they have to progress in their careers. We know this because we surveyed 290 women between ages 28 and 40 across the world who work in banking, insurance, fintech, and investment firms about their goals, prospects, and what they see as potential obstacles to success. The responses shouldn’t go unaddressed: There are concrete actions that FS firms can take to improve the prospects for women and, I would argue, help their own chances of success in the tight market for talent. The survey results are published in our report called “Seeing Is Believing: Clearing the Barriers to Women’s Progress in Financial Services.” 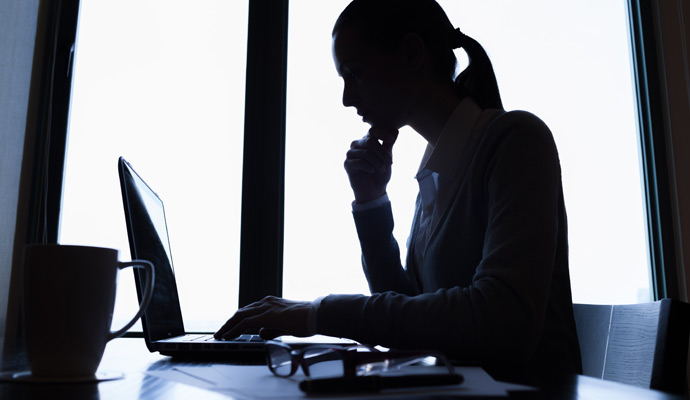 The financial services sample, which is part of a larger survey of 3,627 professional women from across all sectors worldwide, showed that women in FS are even more worried about advancement and their work environment than those that work in other industries. This was summed up succinctly by one respondent from Spain, who said, “Men are more valued than women.”

Women in financial services feel that they are at a disadvantage, both in the way they are treated on a daily basis and in the opportunities they have to progress.

Despite high levels of ambition and determination — more than 80 percent of the women surveyed are confident about their ability to lead and more than 60 percent say they have negotiated for a promotion in the past two years, compared to less than half of the participants from all industries (48 percent) — women say they are still concerned that their gender will hold them back. This is more the case in FS than in other industry sectors: More than half (54 percent) of women in financial services believe that an employee's diversity status (gender, ethnicity, age, etc.) can be a barrier to career progression in their organization, compared to 45 percent of women in all the industries we surveyed.

As one respondent from Canada said, “The glass ceiling is definitely still an issue, as is the concept of the old boys’ club. Maternity/paternity [leave] carries a negative stigma. Child-rearing will haunt my career progression.” More than half (53 percent) of the respondents shared this view. They worry about the impact that having children might have on their careers, compared to 42 percent of women in all industries. And with good reason: Nearly 60 percent of new mothers in financial services feel they’ve been overlooked for career-advancing opportunities after returning to work (e.g., promotion, special projects, etc.), compared to less than half of the women from all industries, at 48 percent.

According to our survey, women often face more harassment in FS than in other industries: 43 percent said they have experienced inappropriate language, insults, or bullying; 36 percent have faced sexual innuendos or sexual harassment; and 28 percent have been the victim of physical harassment. These responses are higher than the average survey sample from all industries, as shown in “Bullying and Harassment in FS.”

It should go without saying that harassment and bullying are unacceptable in any workplace and that boards need to take the lead in eradicating such behavior and creating a safe and supportive environment. And addressing these concerns is essential if companies are to attract and retain talent.

A previous report, “Making Diversity a Reality,” highlighted the importance of setting the right tone from the top, with management leading by example and taking concrete actions to actively address the concerns raised by women and help them advance in their careers.

The focus should be on transparency, dialogue, and trust. Leaders must deliver on their promises to improve diversity and inclusion. This means being clear to women on the objective requirements for progression and identifying and supporting future leaders. Management needs to create the kind of environment that lets women balance their personal and professional aspirations by promoting a culture that embraces and doesn’t penalize people for flexible work arrangements. But as the report’s title says: Seeing is believing. Women can’t simply accept promises anymore; they need to see actions.

I suggest leaders ask themselves these four key questions to assess if their organization really is taking steps to clear away the barriers to progression for women in financial services:

• Are you doing enough to ensure that women believe they can succeed within your organization? How do you know?

• Do women feel safe in reporting discrimination and harassment? How do you know?

• Are you monitoring the gender balance of selection for promotion and key assignments to help identify and tackle potential biases?

• To what extent are you promoting flexibility as a positive choice and ensuring that your people feel that it won’t bar advancement?

Developing clear answers to these questions will show intent. Actions will convince women that they can thrive in the career of their choice. And it’s actions that will give organizations the powerful edge in attracting and keeping talent in the tight financial services labor market. 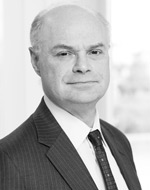 Jon P. Terry is a partner at PwC, based in London, where he is the global financial services HR consulting leader.