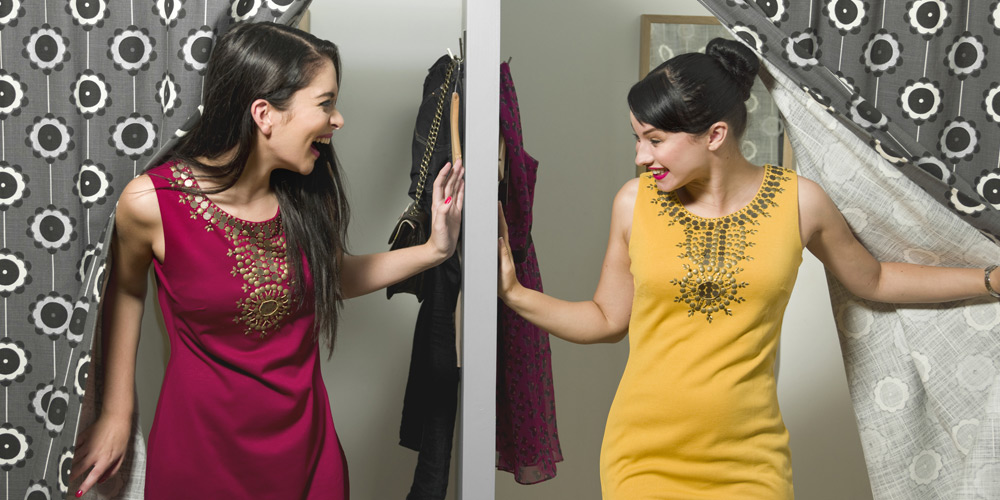 I don’t set much store in the endless stream of recommendations offered by Amazon, Netflix, Spotify, and most other online businesses. Occasionally, a book, flick, or song pops up that delights me, but most of the suggestions I get either miss the mark or appear suspiciously advantageous to recommendation engine operators and their advertisers. 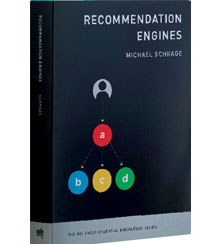 Michael Schrage, visiting fellow at the MIT Sloan School of Management’s Initiative on the Digital Economy and s+b contributor, awakens us to the potential of delightful discovery in his latest book, Recommendation Engines. “Recommendation inspires innovation: that serendipitous suggestion—that surprise—not only changes how you see the world, it transforms how you see—and understand—yourself. Successful recommenders promote discovery of the world and one’s self,” Schrage writes in its introduction. “Recommenders aren’t just about what we might want to buy; they’re about who we might want to become.”

If this smacks of techno-utopianism, well, there is a strong strain of that ideology running through Recommendation Engines. For the most part, however, Schrage grounds this rosy view in the powerful effects that recommenders are already producing and balances it with acknowledgment of these systems’ potential for abuse. He also provides a short history of recommendations and a suitably technical description of how recommendation engines work and are built.

To date, the powerful effects of recommenders have manifested themselves mostly in commerce. Schrage cites a variety of facts in this regard: a survey that found recommendations account for approximately 30 percent of global e-commerce revenues; another that found online shoppers are 4.5 times more likely to buy after clicking on a recommendation; and research that “strongly suggests” recommendations drive roughly a third of Amazon’s sales.

Schrage also includes three case studies, featuring Spotify, ByteDance, and Stitch Fix, that not only show how recommenders are constructed but also illustrate the central role they play in the business models and success of these companies. Spotify’s Discover Weekly, which produces a fully personalized playlist of 30 recommended tracks for each of its 280 million users, induced listeners to stream more than 1 billion songs in its first 10 weeks. ByteDance’s Douyin (known as TikTok outside China) and news aggregator Toutiao are among the most popular and stickiest apps in the world — and both are driven by recommendation engines. And Stitch Fix, which was founded in 2011, sold US$1.25 billion worth of clothing in 2018 suggested by its recommendation engine.

As you would expect, anything capable of nudging our behavior in such effective and profitable ways is ripe for misuse and abuse. Like Cass Sunstein, who with Richard Thaler introduced many business readers to the concept of nudges, Schrage does not shrink from confronting the potential dark side of the nudges that recommenders deliver. “Biasing recommendations to favor one brand or movie or restaurant or person or song over another is not hard. Simply put, betrayal is but a line of code away,” he writes. Moreover, he adds, “Recommendation engines that offer no real choice—or predominantly exploitive ones—are frauds. Even if users ostensibly ‘like’ what they’re getting, they literally had no choice. Like the human pigeons plucked playing three-card monte, they got themselves scammed.”

Nevertheless, Schrage puts most of the criticism of recommenders in the mouths of observers he calls “recommend-phobes,” such as Israeli historian and futurist Yuval Noah Harari. He also calls on Jeff Bezos to defend recommenders — citing a statement Bezos has made defending Amazon’s commitment not to manipulate customers (“we don’t make money when we sell things. We make money when we help customers make purchase decisions”). This, unfortunately, is somewhat less than convincing in 2020, given the ongoing allegations that Amazon routinely positions its products ahead of those of other companies and sellers.

But let’s assume that players who abuse recommendation engines will eventually be caught out and shunned (thanks to the self-healing capacity of free markets, I presume). What, then, might the recommender future hold?

“Recommendation will become fire and fuel for human capital transformation,” predicts Schrage. “The workday is near when…more granular self-data and analytics will prove essential ingredients for boosting personal productivity and performance. Innovative, curious, facilitative, communicative, and other value-added/value-adding selves will get the right cues, nudges, and recommendations at the right moments prompted by increasingly sophisticated selvesware.”

This “selvesware” or self-analytical software, proposes Schrage, will help each of us develop “multiple selves.” What’s a multiple self? “A multiple self is best defined as a digital version of the self with one or more personal dimensions deliberately designed to significantly outperform one’s ordinary, typical, or average self,” writes Schrage.

As an example, Schrage describes a project manager seeking to bolster her team’s collaboration and spirit, who uses selvesware that analyzes her social network, prioritizes project milestones, and reviews post-meeting communications to propose a facilitative daily checklist. Another example? An executive whose written messages lack pizzazz, who shares his missives with selvesware that proposes revisions to punch them up. (Uh oh, there goes my job.)

Whether or not this future (and the end of my career) materializes, Recommendation Engines is an eye-opener to readers who, like me, find the ubiquitous “what people like you bought” suggestions of online merchants faintly intrusive and only occasionally useful. Who knows? Maybe even the skeptics (or their multiple selves) will be welcoming our recommender overlords before long.