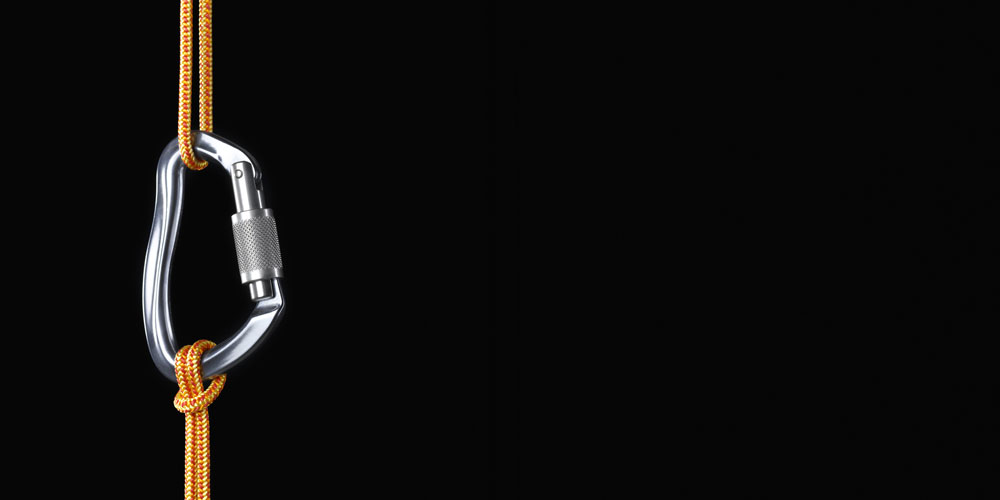 Burnout has become one of the most talked-about workplace topics, and its impact is far-reaching. A global pandemic, social unrest, and the 24/7 pace of work have combined to create a tsunami of stress for workers, and much of it seems as though it’s outside the organization’s control. But there is help, and no one should have to go it alone. 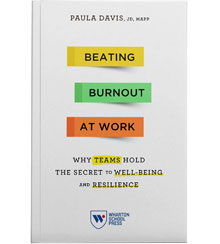 My familiarity with burnout and knowledge of how it can be prevented have been informed by my experience recovering from burnout while working as a lawyer, interviewing others about their burnout experiences, coaching clients, teaching and training thousands of people, and studying the evolving research.

For those confronting the problem, the first step is understanding what burnout is and what it isn’t. Burnout is more than feeling tired because you’re working on a big project or because you’re in the middle of your busy season. There are three dimensions of burnout, as embedded within the World Health Organization’s definition, and it’s important to distinguish them. These dimensions are often experienced chronically: feelings of energy depletion or exhaustion; increased mental distance from one’s job, or feelings of negativism or cynicism related to one’s job; and reduced professional efficacy, with a “why bother? who cares?” mentality taking over.

Without a doubt, burnout is complex. And the fact that organizations tend to favor individual-only strategies exacerbates the problem. Many organizations develop these types of programs, roll them out, and then do not provide ongoing support. Unfortunately, individual-directed programs alone can easily become “check the box” training. The reality: burnout is a systemic problem that requires a systems-based, holistic approach from organizations, meaning that companies need to understand team, leader, and frontline worker stress, and address it collectively. The research on burnout bears this out. A 2017 study found that organization-directed interventions were more likely to lead to reductions in burnout, and that those programs that combined structural changes, team communication, teamwork, and enhanced job control (autonomy) were the most effective. An earlier study that reviewed more than 25 individual studies about the effectiveness of burnout prevention programs found that a combination of programs directed at individuals and those directed at organizations led to better results for mental health, and the effects of these programs were longer lasting than individual-directed programs alone.

Remember, there is no one-size-fits-all approach to burnout prevention—each team’s needs are different. I’ve worked with big, established tech firms, government entities, and some of the world’s largest law firms, and the burnout fix varies from team to team, organization to organization, and industry to industry. In every case, incorporating systemic solutions to address burnout and build resilience takes time. But a case study from the US Army illustrates how a holistic program designed to address stress and build resilience can succeed.

The US Army’s program

When I started my own business, I wanted to be a pioneer. I wanted to be at the forefront of creating something entirely new and different. Luckily, I’ve had opportunities to help lead change in two industries, the first of which was with the military. Never had I thought I would work with drill sergeants and soldiers in any capacity. The Comprehensive Soldier and Family Fitness (CSF2) program was created while I was still practicing law. The pilot took place as I was starting my positive psychology studies at the University of Pennsylvania. During our first week of classes, I was inspired when Dr. Martin Seligman talked about CSF2. As the year progressed, I became deeply interested in the science of resilience. The Penn Resilience Program is one of the most studied resilience programs. It has been adapted and taught to military and healthcare professionals, first responders, athletes (collegiate and professional), and educators. I used the Penn Resilience Program in my work in some of these industries and within the legal profession.

I graduated in August 2010 and was invited to apply to become part of the Penn-CSF2 training team, teaching resilience skills to soldiers and their families. I was a member of the fourth master resilience trainer (MRT) facilitator course held in October 2010. Making it that far did not guarantee that I would make the team; in fact, I had to turn in all my study materials and workbooks once the course ended. We were told we would be contacted at some point if we “passed,” so I waited. I received good news: I was assigned to my first training in January 2011.

The CSF2 program is an integrated, proactive approach to developing resilience and well-being in soldiers, their family members, and the US Army’s civilian workforce. Gen. George W. Casey, Jr.’s, vision was that “CSF2 becomes part of our culture over time, with our soldiers understanding the positive dimension of psychological fitness much like professional athletes do.” During my time working in this program, CSF2 consisted of four components: an online assessment tool for all soldiers, called the Global Assessment Tool (GAT), which was used to identify resilience strengths and areas of improvement; online self-help modules tailored to the GAT results; MRT courses using a train-the-trainer method to teach senior officers and noncommissioned officers resilience tools and skills; and mandatory resilience training at every US Army leader development school.

The train-the-trainer aspect was critical, because Gen. Casey didn’t want to just train soldiers—he wanted those soldiers to go back to their units to teach other soldiers the same skills. Dr. Seligman, Brigadier General Rhonda Cornum, Dr. Karen Reivich, and colleagues created the US Army’s MRT curriculum. What began as a meeting in 2008 has resulted in the Penn-CSF2 team having trained almost 40,000 MRTs. Active MRTs conduct resilience training of small groups as a mandatory component of the US Army’s basic training and leadership development programs. As CSF2 evolved, it was housed under the US Army’s Ready and Resilient Campaign, a comprehensive plan that integrates resilience into US Army programs and assessment.

The US Army’s program exemplifies the importance of looking at well-being holistically and taking a collective approach to the problem. Other organizations can follow its lead with these three actions.

Acknowledge and assess the problem

Burnout exists in your organization whether you measure it or not. As with other health concerns, it’s best to catch burnout as early as possible. As management experts note, what gets measured gets managed. But first you have to acknowledge the problem.

The US Army was willing to look at the data and acknowledge that there was a problem that needed to be addressed. In the Army’s case, soldiers were suffering from poor mental health as a result of years of ongoing deployments. Organizations may resist assessing a problem for many reasons. Some don’t want to know the extent of the problem. Others worry they won’t have the ability to fix the problems that are discovered. The US Army opted to look hard at the problem and commit to coming up with solutions.

I thought that if the chief of staff of the US Army directed something to happen, it just happened. I was wrong. Buy-in was essential. Fortunately, leaders at the highest levels of the US Army became involved in the program early on.

Gen. Casey and his leadership team made extensive efforts to inform leadership at all levels about the program, the research supporting it, its components, and its benefits. In 2014, Raymond F. Chandler III, sergeant major of the Army, along with US Army Chief of Staff Raymond T. Odierno and US Army Secretary John M. McHugh, executed what became known as the tri-signed letter, a directive signed by the highest-ranking US Army officials that called on all US Army leaders to make resilience training a priority. Eventually, officials developed executive briefings, and MRT primary instructors were trained to deliver those briefings to leadership within their units. Army leadership was strategic in selling the program to colleagues, who could then influence others to embrace the change, rather than resist it or go about it half-heartedly.

Use science and stories

Science and stories are two of the best ways to defeat skepticism. Gen. Casey approached Dr. Seligman and his team at the University of Pennsylvania because it was one of the few known institutions that had conducted large-scale training on resilience and had published extensive peer-reviewed research in the area. It was also the only known entity that had extensive experience developing and implementing a resilience train-the-trainer model that had also been scientifically reviewed.

Holistic programs have the power to inspire and transform an entire organization and those who work in it, and stories of transformation make the work come to life and help concepts stick. The last place I thought I would learn anything about vulnerability was with US Army drill sergeants. Yet I can speak personally about my own transformation working with them. I used to be someone who never talked about failure or my own challenges. It was too risky, especially when I was practicing law. But the soldiers helped me understand that talking about your obstacles isn’t a sign of weakness—it’s courageous and inspiring. Here are two examples.

One participant was a quiet soldier. During one of our breakout sessions, his hand shot up. “I’m an a*****e!” he said. It took the room by surprise, and, naturally, we asked him to explain. “I’m on my third marriage, and it isn’t going well. I just now realized that I’ve been a big part of the problem.” Although there were a few chuckles, we all respected the profound moment of self-awareness.

Another soldier spoke about his experience at the Pentagon during the September 11, 2001, terrorist attack. He recounted the intense emotion he felt in the subsequent weeks and months, so intense that he eventually attempted to take his own life. He was found in his car by a relative and survived. He said, with tears streaming down his face, “If I had these skills earlier, I could have at least slowed down my anxiety and the emotion so that I could have gotten help.”

As the US Army’s program shows, strengthening well-being and preventing burnout requires a shift from individual-only strategies and programs to systems-based, holistic tools and frameworks encompassing every level of the organization. The important thing to remember is that there is no all-purpose solution for burnout prevention—holistic change can be implemented in different ways to decrease burnout and increase resilience and well-being at work.