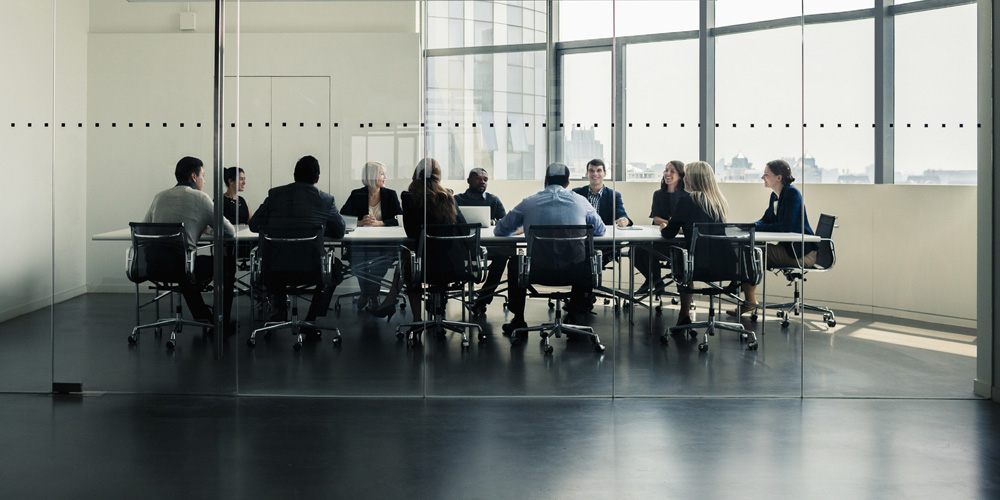 “The Dream Team.” It was the name given to the 1992 US men’s Olympic basketball team composed of some of the greats of the game, including Michael Jordan, Magic Johnson, Larry Bird, Charles Barkley, Karl Malone, and John Stockton. We’ve seen dream teams in other sports, of course—Brazil’s 1970 football team that won the World Cup; the 1980 USSR Olympic ice hockey “red machine” team; and the US team that won the 2019 Women’s World Cup. We’ve seen dense concentrations of star talent working under the influence of strong leadership in other fields throughout history, too, such as the artists of the Italian Renaissance or the five-time Nobel laureates of the Curie family. 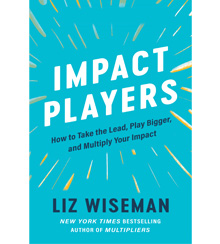 We also find dream teams inside our modern workplaces. The best leaders don’t just stumble upon such teams; they know how to build a dream team, even under challenging circumstances. And they do this not by focusing on one or two impact players but by carefully curating team members with the right mindset; developing them as individuals and as a team; and nurturing a robust, healthy culture.

When you’re a leader building a team, sometimes you can recruit and stack the deck in your favor; this is especially likely if you work in an organization that is actively bringing in new talent. However, few corporate managers have the luxury of handpicking and assembling their dream team from the start. More often, you must create your dream team by conjuring brilliance from a group of inherited employees. In this case, it’s your job to grow the talent you already have. To do this, you need to create an environment in which the right mindsets and behaviors can flourish, and then you need to implement five key coaching habits.

The best leaders cultivate a climate that is both comfortable and intense. They remove fear and provide the security that invites people to do their best thinking. At the same time, they establish an energizing, intense environment that demands people’s best efforts.

What occurs when you create only one of these conditions? What happens when you stretch people without first building a foundation of safety, trust, and respect? The onslaught of challenges produces debilitating anxiety rather than growth. On the other hand, if you foster a supportive environment but never ask others to do something truly difficult, your people feel appreciated but stagnant. People perform and grow best with equal doses of safety and stretch.

The following five leadership habits will encourage the right behavior in a team—the first two establish an environment of safety; the last three provide stretch.

Define the W.I.N. If you want the people on your team to venture beyond artificial job boundaries and do what’s needed, help them see what’s most important at any given time. Sharing strategic imperatives or annual objectives is a good start, but we all know these goals tend to evolve as the environment changes. You can help your team know where to focus by defining the W.I.N. (What’s Important Now) and keeping it front and center.

People perform and grow best with equal doses of safety and stretch.

For instance, when I was working as a vice president of Oracle University, the sheer volume of programs we ran made it difficult to keep our priorities straight. But we needed to shift our energy toward several new initiatives. Instead of calling a management meeting or distributing a document to all staff, I posted three top-priority initiatives on the door of my office. The list was short, probably no more than ten words. Letting people know what’s important doesn’t require elaborate presentations or expensive communication campaigns—you simply need to share what’s at the top of your mental to-do list.

Redefine leadership. Innovation is increasingly becoming a team sport, requiring diverse perspectives and collective intelligence. These innovation-focused teams tend to be ephemeral. They form, collaborate, and disband quickly. Team members need to be able to step up and step back with equal ease. To participate in this fast, fluid model of leadership, less assertive employees (and those uninterested in careers in management) will likely need help stepping up. To get these reluctant leaders to step up and then step back, provide a path of retreat. Show them that being a designated leader can be a temporary assignment, existing for the duration of a project or even for just a single meeting.

Some team members will need encouragement and support to become “step-up” leaders, but others will do so with ease. It can take work to then get them to step back and support others. You can help these people develop a more fluid leadership style by modeling healthy followership practices. Let them see you collaborating with a peer organization or contributing to a project led by someone below you in the management hierarchy. Show your team that you can work as passionately as a follower as you do as a leader and that excelling as a follower is part of growing as a leader.

Ask your people to stay until the job is done. If we want people who work for us to finish strong, we might need to insist that they finish one job before moving on to the next. Consider the story Dan Rose, chairman of Coatue Management, recounted on Twitter about what he learned while working at Amazon.

In 2004, Dan jumped at the chance to join the new Kindle team at Amazon. He had been running Amazon’s cell phone store and had steered the business away from potential shutdown and turned it into the fastest-growing segment at Amazon. But over time, Amazon’s competitors had closed in, and growth had stalled. That’s when the offer to work on the Kindle came.

One week before Dan was scheduled to begin his new job, Diego Piacentini, Amazon’s worldwide head of retail and Dan’s future boss, called Dan into his office. “He explained [that] you don’t get rewarded with new opportunities when you’re doing a bad job,” Dan recounted. “He would allow me to join [the] Kindle team as soon as I got my current business back on track and hired a successor who was stronger than me.”

When we hold people accountable for finishing their work, we send a powerful message that their work matters and that we believe they are strong enough to stay in the game, even when things get tough.

Provide performance intel. People generally need two types of information to achieve top performance. The first is clear direction: What is the target, and why is it important? (In other words, the W.I.N.) The second is performance feedback: Am I hitting the target? Am I doing it right? Think of feedback as critical information—data that people need in order to calibrate and adjust their approach—rather than a critique. When feedback is simply much-needed information, and not a personal judgment, the feedback is easier to both share and receive. As my teenage son Josh recently said to me when I brushed off his repeated suggestion that I change a setting on my smartphone, “I’m not telling you you’re an idiot. I’m just giving you important information.”

State what you appreciate. In my research, I’ve been struck by the number of managers who admit that they’ve never communicated to the people who work for them what they most and least appreciate about what they do. Managers, if you want your staff members to make work light for you and others, make a practice of flagging behavior that you appreciate. When someone does something to make your work easier, say, “When you do X, it’s easier for me to do Y.”

Elise Noorda is the president of a 300-person youth symphony and choir in Las Vegas run entirely by volunteers. Just a few weeks before a performance, the atmosphere was tense because the teenagers were acting like teenagers, which frustrated the adult volunteers. That, in turn, made Elise’s management job even harder.

One night after rehearsal, while Elise was meeting with the adults, she spoke to Holly, a volunteer who managed the nightly mid-rehearsal snack break. “Holly, you’re doing a great job,” she said. “You feed 300 people in ten minutes and make it fun. When you create a fun atmosphere during the break, it helps the rest of the rehearsal go smoothly.” The next rehearsal fell on Halloween, and Holly took snack time to a whole new level: festive treats, spooky decorations, and a fog machine. The lightened atmosphere spread through the rest of the rehearsal. The entire team got the message and followed Holly’s example, keeping everyone’s temper down and spirits up for the rest of the season. Elise said, “I let Holly know, in front of a bunch of people, ‘Hey, I love what you’re doing,’ and it affected every area of our work.”

As you create the right environment and implement these coaching habits, you will start to build something more powerful than a few strong players on your team. You will create a culture—a set of norms and values about how work gets done—that will persist long after your team disperses. Your culture will be filled with a sense of adventure and a productive combination of initiative and accountability. People will have the confidence they need to learn and innovate and the agility to adapt to moving targets. Your organization will have the collective strength to tackle hard problems, navigate ambiguous situations, and pursue opportunities.