In the aftermath of the United Kingdom’s June 23 vote to leave the European Union (the British exit, or “Brexit”), one critical uncertainty has been overlooked. How will companies around the world change their approach to Europe’s consumer and industrial market? This is a more important question than many people realize, because those changes will affect patterns of investment and supply chain flows everywhere. From my own vantage point, as a long-term advisor to Japanese manufacturers helping them strengthen their positions around the world, I see a major reorientation coming.

Many Japanese business leaders — and many of their counterparts in North America, East Asia, Australia, and elsewhere — have come to regard the United Kingdom as their primary gateway into the European Union. After the referendum’s unexpected outcome, they hoped at first that the leaders of the U.K. government would find some way to undo the decision, perhaps through a reversal by Parliament. But even though the U.K. high court ruled that Parliament must be involved, a full reversal is unlikely. Japanese business leaders have been forced out of their comfort zone. As they seek new ways to establish a presence in the European market, global companies will change the footprints of their global activity.

To understand the potential consequences, one must recognize the subtle dynamics of the Japan–U.K. relationship, going back to the 1992 Maastricht Treaty, which launched the European Union and included the United Kingdom among its signatories. Before then, creating a business presence in Europe was a daunting proposition, because there was no obvious place to build regional headquarters and factories. In West Germany, and all of Germany after reunification, labor was relatively expensive. It was easier to hire people in Spain, Italy, and France, but few global companies did well in those countries, in part because of the inconsistent labor laws and ever-changing government guidance. Nissan, for example, dissolved its short-lived joint venture with Alfa Romeo in Italy in 1989. Other countries, like the Netherlands and Belgium, were too small or were simply not oriented to the kinds of logistics and labor training that robust manufacturing requires.

But Maastricht solved all that. Even before 1992, Japanese companies had settled into England and Wales. There was a natural affinity between the regions; both had launched global manufacturing empires from island nations. The British workforce was particularly good at learning the disciplines of quality control and productivity improvement, which were critically important to Japanese companies. Nissan’s operation in Sunderland came to be as good as its best factories in Japan, and it became the net exporter of top executives to the entire Renault/Nissan group of companies. This and other early success stories — including Panasonic in Cardiff and Sony in Bridgend — prompted more Japanese companies to venture onto British soil and to regard the U.K. as their primary European base.

By the late 1990s, with the U.K. as their base, Japanese and other global companies enjoyed full access to all the E.U. member countries — in effect, to most of Europe — without having to adapt to local labor regulations or other differences. During the next two decades, this allowed Europe, including Eastern Europe, Russia, and Turkey, to become a viable market for Japanese products. Today, Japanese investment in the U.K. is higher than it is in any other country except the United States; higher, even, than in China. There are 1,370 Japanese companies with a significant presence in the United Kingdom. Japanese goods, made in the U.K., flow seamlessly throughout continental Europe; managers from Japan and Europe move easily to the U.K. to work for Japanese companies; and Japanese facilities across Europe are closely connected with their U.K. counterparts. These business relationships are so entrenched and habitual that it is fair to say that even after the Brexit vote, many Japanese business leaders are still tempted to take them for granted.

Since Brexit, I know more than one Japanese company that has put its U.K. investments on hold. Company leaders will decide over the next two years how to proceed, basing their decision in part on how wide a gap opens between the U.K. and Europe. This will be a very difficult two years. These companies cannot return their operations to Japan. Not only would the cost of transporting finished goods be onerous, but also Japan lacks the workforce to populate its own companies’ factories. Thus, they will remain in Europe. But where?

More than 70 percent of the Japanese investments in the U.K. are currently in Wales and England. Those companies may seek to remain on the west side of the English Channel. For example, Ireland’s full E.U. membership and its proximity to the U.K. would make it a natural new home. If Scotland pursues and gains independence from the United Kingdom, it might become another appealing alternative to England.

But Japanese companies could also look for new centers of gravity in Europe. Although they still have reservations about most Western European countries, they feel increasingly comfortable with Eastern Europe. For example, half of Japan’s automotive component investments are now in southern Poland and the northern Czech Republic. These are promising locations for more investment, although they lack an abundance of managerial and manufacturing talent. In the past, many Japanese or Western European managers have been reluctant to relocate to Eastern Europe. Now such a post may be more appealing.

Many Japanese or Western European managers have been reluctant to relocate to Eastern Europe. Now, such a post may be more appealing.

The result of the Brexit referendum took many people by surprise. The changes that Japanese companies make will happen more gradually; indeed, at first they will hardly be noticeable. But they could create a new economic landscape, not just in Europe but elsewhere as well. Higher employment levels and other indicators of prosperity will follow. Politicians who supported Brexit may well interpret this shift as further evidence of the dangers of globalization, but a more accurate way to interpret it is as a natural outcome of capitalism, whether global or local. Companies, like people, are creatures of habit, and when they migrate their core operations, it is usually because they feel forced to. They move decisively, but slowly, one relocation at a time, always keeping up their quarterly numbers. Even though it may look like nothing is happening at first in places like southern Poland, suddenly there will be new, and lasting, global hubs there.

At its core, the vote was a statement of belief: The old view of progress, which had prevailed since 1945, was wrong. Decisions based on economic values did not necessarily lead to prosperity, and even if they did, it was not worth the political discomfort that came with them. After Brexit is completed, the resulting Japanese migration, and other similar movements around the world will put these beliefs to the test. The old U.K.–E.U. relationship was a unique one, and it gave global companies an easy answer to the problem of serving Europe. Now there are no easy answers — not in Europe, and maybe not anywhere. Tackling Japan’s gender gap
Women account for less than 10 percent of company presidents in Japan. But Kathy Matsui, a longtime champion for boosting female employment and leadership, is optimistic about the future.
by Bobbie van der List

Growth strategies for an uncertain world
Internationalization can help businesses rethink their global footprint and governments attract trade and enterprise.
by David Wijeratne and Jeremy Grant 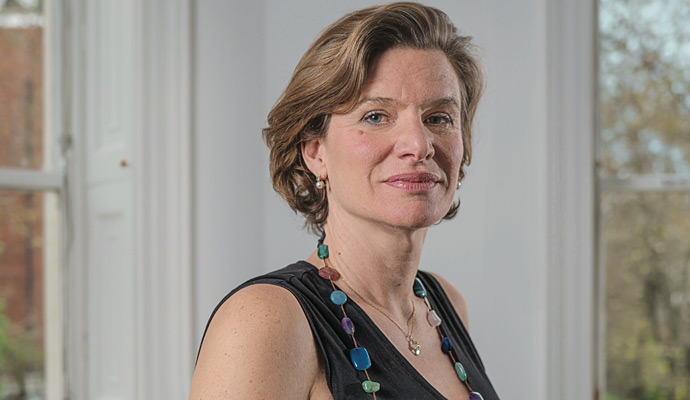