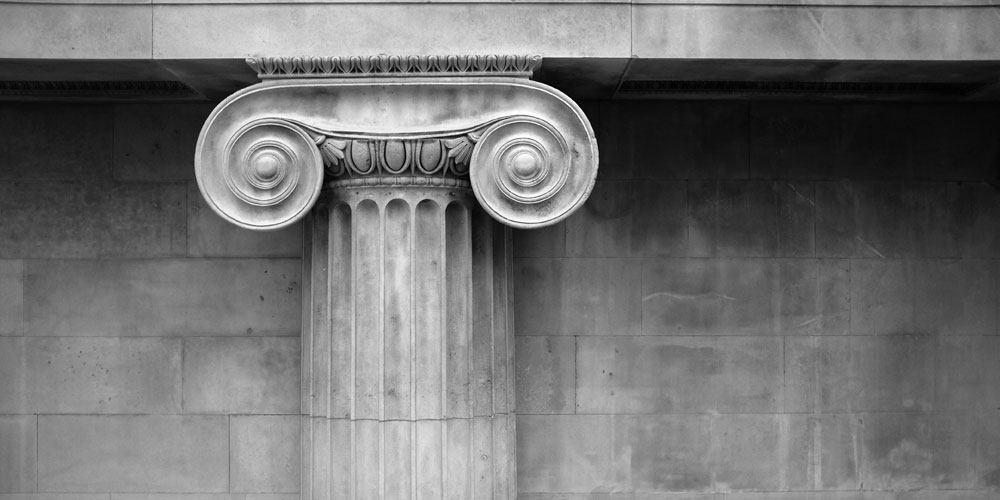 Inside Money: Brown Brothers Harriman and the American Way of Power

Businesses often find it difficult to sustain their position over a long period of time. A large percentage of restaurants fail within a few years of opening. The average company in the S&P 500 lasts for about 17 years in that index, according to Innosight. And as big thinker Geoffrey West notes, it’s possible that companies, like animals, may have something of a natural life span. 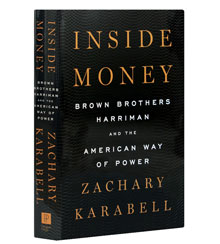 Of course, there are outliers. One of them is Brown Brothers Harriman, a merchant/investment bank that traces its origins back some 200 years, and that is the subject of an engaging new book, Inside Money. Historian Zachary Karabell (disclosure: we were graduate school classmates in the last millennium) offers not just an intriguing family and personal history, but a lesson in how to balance risk and ambition against responsibility and longevity—and in why bigger isn’t always better.

The firm’s survival is even more remarkable given that US financial history often reads as a string of booms, bubbles, busts, and bailouts. The Panic of 1837. The Panic of 1857. The Civil War. The Panic of 1907. The Great Depression. The Great Recession. In finance, leverage—i.e., debt—is the force that allows companies to lift more than they could under their own power. It’s also the force that can crush them when circumstances change. And Brown Brothers has thrived in part by avoiding excessive leverage. Today, the bank primarily “acts as a custodian for trillions of dollars of global assets,” Karabell writes. “Its culture revolves around service.”

That ethos may not fire the imagination of young MBAs. But it works over time, especially when you view banking as a multigenerational endeavor. Alexander Brown, born in Ireland in 1764, came to Baltimore in 1800 and set up shop as a linen importer. He sent his son William to Liverpool, and quickly established a transatlantic concern; he sent another son, James, to New York. Alexander’s maxims included “Shoemaker, keep to thy last” and “Don’t deal with people about whose character there is question. It keeps your mind uneasy. It is far better to lose the business.”

As New York emerged as a dynamic center of capital, the firm evolved into a major financier of trade—buying ships to transport goods, especially cotton, and providing letters of credit. “Out of an estimated total of about [US]$100 million in trade between the United States and Great Britain in 1835, Brown Brothers alone accounted for $11 million,” writes Karabell. The Civil War pushed the company away from trading goods and “more rapidly toward what it was already becoming: a merchant bank whose profits were a function of the paper it created and the paper it provided to others.” One of those classes of paper was traveler’s checks.

After James Brown died in 1877, the firm—now under James’s son John Crosby Brown—retained a certain aloofness from the animating spirits of the age. When Andrew Carnegie, the magnate who put together the first $1 billion corporation, US Steel, came on the scene, John Crosby advised his junior partners: “Carnegie & the concerns he represents are very rich & his business is very ably managed. At the same time they are large borrowers & somewhat difficult to deal with.”

We didn’t ask ourselves what size we should be to meet the business. We asked what business we should take to match our size.”

After John Crosby’s reign ended and a new century dawned, the bank maintained its low profile and restraint—with one exception. The firm syndicated a loan to Nicaragua, and in 1912 became implicated in the Central American country’s governance, winding up “as the owners and governors of its national bank in charge of issuing money, and the controlling shareholders of the country’s major railway.” In 1930, in the wake of the stock market crash, Brown Brothers merged with W.A. Harriman’s bank to form Brown Brothers Harriman, and in 1934 split into two: a commercial bank (Brown Brothers Harriman) and an investment bank (Brown Brothers Harriman & Co.). Karabell writes, “The firm, unlike so many on Wall Street that raged at the New Deal, was open to reform and to thoughtful regulation.”

In the decades afterward, Brown Brothers became better known for launching the public careers of major players in the foreign policy establishment than for its financial dealings. Its partners included Robert Lovett, who served as secretary of defense under Harry S. Truman, and Prescott Bush, who became a senator from Connecticut and a father and grandfather of US presidents. Remaining a partnership long after its Wall Street peers went public, Brown Brothers has been content to provide boring but essential (and profitable) services: “global custody institutional wealth management, foreign exchange, fund accounting, cash management.” And it never worried too much about the league tables. One partner put it this way: “We didn’t ask ourselves what size we should be to meet the business. We asked what business we should take to match our size.”

Brown Brothers, which has about $2 billion in revenue, may be a minor player among the giants of Wall Street. But Karabell concludes that the firm’s size is, in fact, an emblem of success. The number of companies of any sort that last for two centuries is vanishingly small. Bigger may be better. But it doesn’t always make a company built to last.