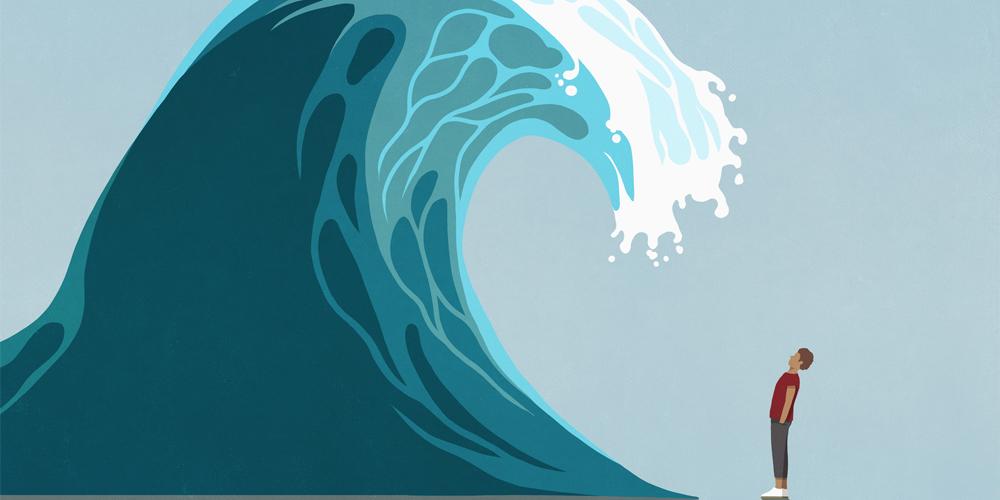 The Illusion of Control: Why Financial Crises Happen, and What We Can (and Can’t) Do About It

In 1751, a young Dutchman living in Amsterdam, Leendert Pieter de Neufville, founded a bank. It was a propitious move. A few years later, the Seven Years War began, spurring several European powers to seek new financing for their armies. De Neufville became a major lender to Prussia, his loans secured against huge stocks of commodities like wheat and oats. He made fabulous profits until the war ended in 1763, at which point food production rose again and prices plunged. De Neufville’s creditors got cold feet, and, without the cash on hand to repay them, he was forced to sell his stocks, pushing down commodity prices further. The bank soon folded, and the effects quickly spread to other banking centers, including Hamburg and Berlin. The Icelandic economist Jon Danielsson believes de Neufville’s misadventures in banking triggered the first modern global financial crisis. He argues that 1763 was different from what had come before, as it was caused “not by war or crop failure but rather by shadow banking and the extensive use of financial instruments allowing risk to hide and spread.” Over the subsequent 250 years, we have had many other similar crises. What is stopping us from preventing them? 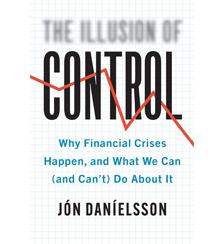 According to Danielsson’s new book, The Illusion of Control, it has to do with our love-hate relationship with finance. For the economy to grow, we need banks to accept the risk of lending, but we also need them to take the right amount of risk. Too little, and no one can borrow. Too much, and the system blows up. The rub: figuring out what that right amount is. Doing so has proven extremely difficult, even as the increasingly necessary role that banks perform has made the largest among them too big to fail. Danielsson quotes a former attorney general, Eric Holder, who admits that he held back on punishing HSBC for failing to prevent Mexican drug traffickers from using its services because he was worried it would trigger a more damaging crisis. Attempts at holding bankers’ feet to the fire after the 2008–2009 global financial crisis were unsuccessful not only for this reason but also because proving episodes of misconduct is very difficult. Spanish lawmakers were determined to punish the former head of Bankia, Rodrigo Rato, for the failure of that bank in 2012, but succeeded only in jailing him for misusing his company credit card.

We demand that bankers take risks. Muzzling them so that they can make only the safest loans would lower their profits, push up the cost of borrowing for entrepreneurs and would-be homeowners, and reduce interest rates for savers. In Danielsson’s words, “people would not save and companies would not borrow. The factories would not get built and the economy would not grow.” There is clearly an acceptable level of risk, one that enables innovation and progress but does not bring the system crashing down. The problem is that we don’t know what it is.

In the most persuasive (and brutal) section of The Illusion of Control, Danielsson explains why our attempts to measure and predict risk are more akin to “risk theater” than credible analysis. To properly assess risk, we need to recognize that different investors care about different things, depending on their level of exposure and their time horizon. Yet it is much quicker and more profitable to lump all kinds of risk into a single aggregate number. The author pokes fun at the European Central Bank’s supposed ability to measure the systemic stress of the financial system to six decimal places on any given day. Such accuracy looks impressive but bears little correlation to what actually takes place. According to the ECB’s dashboard, systemic stress was close to its all-time low immediately prior to the 2008–2009 crisis and reached its peak after the crisis began. Surely, Danielsson argues convincingly, it should have been the other way around.

There is clearly a level of risk that enables innovation and progress but does not bring the system crashing down. The problem is that we don’t know what it is.

Another difficulty with predicting and preventing systemic financial crises is that they do not occur frequently enough. Danielsson has calculated that an Organisation for Economic Co-operation and Development member country suffers such an event once every 43 years: too long for institutional memory of the crisis, which tends to last only for a generation, to get passed down. We also tend to regulate to prevent a repeat of the previous crisis rather than look in an unbiased manner at points of future vulnerability. Lastly, regulators and bankers are occupied in a constant “cat-and-mouse game” in which the authorities impose new rules while the people subject to those rules try to work around them. Fairly regularly, the mouse’s ingenuity wins out.

Given how thoroughly Danielsson outlines the challenges of applying “Goldilocks” regulation to the financial industry—that is, regulation with just the right balance of risk acceptance and aversion—it is somewhat surprising how confident he is about our prospects of reducing the number of future collapses. His policy prescriptions hang on one word: diversity. He believes the biggest issue facing the industry is the drift toward monoculturalism, with its tendency to “amplify the same shocks and inflate the same bubbles.” Investors, as de Neufville discovered, have always moved in a herd. This inclination has been encouraged by the adoption of universal “best practices” initiatives and the same riskometers. Danielsson wants regulators to enable the creation of more, smaller banks, especially ones that operate differently from the big banks. He wants the barriers to entry lowered and more players to embrace countercyclicality. But, after more than 250 years of booms and busts, this would require an enormous change to how we think about risky behavior.