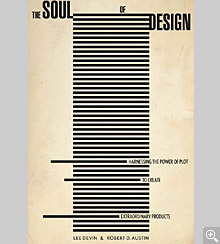 These days, I see evidence of the rich potential of radical openness everywhere. More and more companies are shunning the insular, opaque business practices of the past and rethinking commonly held beliefs about the workforce. In the process, they are discovering that human capital can come from surprising places and take myriad forms.

To access these untapped sources of human capital, companies may need to remake work settings and adopt new approaches that eschew the dictates of command-and-control management in order to enable and truly empower employees and other collaborators. The excerpt that follows provides a dramatic example: At a Danish software testing and consulting company named Specialisterne, three-quarters of the staff members are autistic.

As you might expect, Specialisterne must provide its people with unusually high levels of training, customized work settings, and managers who are able and willing to support them in unconventional ways. But the effort is well worth it. Company founder Thorkil Sonne’s openness to rethinking and remaking the workplace enables him to hire people who are often considered unemployable but who are actually perfect for the rigors of software testing—and they have helped the company achieve a competitive advantage in the marketplace.

An excerpt from Part 4 of  The Soul of Design: Harnessing the Power of Plot to Create Extraordinary Products


Specialisterne (“The Specialists”), a Copenhagen-based company, provides software testing and some other services to a list of prominent international clients that includes Microsoft, Computer Science Corporation, Oracle, and Lego. Members of the company’s consulting staff have skills uniquely suited to software testing and similar jobs: three out of four have been diagnosed with some form of Autistic Spectrum Disorders (ASD).

Autism is a brain condition that impairs social interaction and communication, and it leads those afflicted to exhibit restricted and repetitive behavior. The condition, which usually becomes evident before a child is three years old, poses significant developmental obstacles. But it can also include particular talents: exceptional focus, impressive thoroughness, strong memory. According to Specialisterne’s founder, Thorkil Sonne, “Researchers have hypothesized, based on facts known about their lives, that many of history’s great achievers—Albert Einstein, Socrates, Charles Darwin, and Isaac Newton among them—might have been afflicted by a mild form of ASD called Asperger’s Syndrome.”

Sonne’s inspiration to start the company originated when psychologists diagnosed his three-year-old son, Lars, as autistic. The condition presented the expected difficulties to Sonne and his family, but occasional surprises suggested that Lars possessed unusual capabilities. One day, for example, the boy began drawing a very elaborate diagram. At first, Sonne couldn’t figure out what it was, but after a while it took on a familiar shape. Gradually it became a map of Europe, but thick with perplexing numbers that meant nothing to Sonne. Later and completely by accident, as he looked through an atlas, Sonne stumbled on the source of his son’s drawing: the index page. The numbers indicated pages in the book on which detailed maps of regions from the larger area appeared. This remarkable child had reproduced from memory the entire overall image, complete with numbering scheme, without a single error.

Sonne, who at the time enjoyed a successful career as an IT professional within a large telecommunications company, recognized potentially valuable capabilities in his son’s behavior. To reproduce the diagram so accurately required a strong memory, the skill to concentrate on minute detail, and a willingness to submit to an exacting standard of accuracy. These mapped well on to the skills that Sonne looked for in software and system testers. From this realization, he made up his mind to start a new software testing company in which the majority of employees would be people with ASD. To start the company, he quit his job and refinanced his home; he took a big risk, but he knew that to make a company that met and found value in the unusual needs of his employees would require his total attention.

Work done by disabled people, while providing a “social good,” is sometimes price discounted, to reflect the likelihood of problems or additional overhead and expense. Sometimes the organizations in which such people work operate as charities or nonprofits. Sonne didn’t want to go these routes. He made instead a for-profit company that offered a best-in-class service. He intended to pay industry-competitive wages and to train his employees to become the world’s greatest software testers. Such a firm, he thought, could sustain itself and would genuinely benefit his special consultants; he would pay them to provide real value, not condescend to them with a handout. In effect, Sonne reconceived the current ideas about disabled workers: instead of cramming them into conventional work situations, he made new workspaces, spaces that not only accommodated their special needs but set free (exploited, even) their special skills.

It was at first far from obvious that this could succeed. Autism can cause substantial impairment for those afflicted, notably in their ability to interact and communicate in social settings, and in social imagination. People with autism may appear aloof and indifferent; they often don’t fully understand the meaning of common gestures, facial expressions, tones of voice, or irony. In the United Kingdom, for one example, only 15 percent of adults with autism hold full-time jobs.

Sonne aspired to move more people with autism into the “employed” category, to leverage their special abilities while he made a system in which their impairments could become strengths. On the basis of his research, he hypothesized that social interaction difficulties likely prevented many high-functioning [autistic] people from acquiring and holding jobs. He believed he could overcome such difficulties in high-functioning autistic people. He designed support services to teach workers the job, invented work methods they could master, and designed social training to help them develop ways to interact with employers and colleagues. He made, in other words, places in which special people could work at peak levels of performance; produce genuine value; and, as a result, live productive, satisfying lives. And now, a few years later, it’s become apparent that he was right.

How did he do it? The details are these: Specialisterne operational plans include a high level of support and careful handling for its special consultants. The company maintains an on-call response staff, people who can resolve issues that client companies don’t know how to address. This support staff helps set up work situations that insulate consultants from the hectic, sometimes chaotic environment of the client and help to maintain the quiet, orderly work environment they need. Many can’t work full time. Each presents a complex of particular mental conditions and a personal constellation of life difficulties. These all require special arrangements in the division of labor and the structure of each job. Sonne must include clients in the design process, persuade them to help make some unusual arrangements. Those who do usually find that it’s worth it: the effort produces an impressive return. In other words, Sonne reconceived the idea of a software testing company, and made a new one. He’s a poster child for the concept of manager as maker: he made workplaces, each one unique, where special things can be done. He conceived and made a business in which doing what comes naturally leads naturally to the desired outcome.

One of our colleagues, a senior business school professor who serves on the boards of directors for several large international firms, upon hearing the story of Specialisterne immediately raised an issue: “The thing that is hard to sort out is how much [additional] cost is being incurred by a customer to use these resources?”

Sonne, when asked why his company operates as a business instead of a charity, always highlights the skills of ASD consultants as a source of competitive advantage. He acknowledges that his consultants require extra support and extra management, but he also argues that they’re worth it. The company estimates that [its] consultants are significantly more effective than traditional testing consultants, and that this more than offsets the cost of making a workspace in which ASD consultants can work effectively.

One reason to examine Specialisterne closely is that this kind of logic, which compares the benefits and costs of working with special employees to traditional models, applies in general when you’re managing specially talented employees in ways that will, you hope, bring about outlier levels of performance. It’s not limited to ASD consultants.

A manager at one of Specialisterne’s client companies made this point eloquently. He told us that managing Specialisterne’s ASD consultants has made him a better manager of all his staff. Managing ASD consultants, he said, required him to create the conditions needed to help them do their best. Work on that problem produced an epiphany for this manager. He realized that he could, and should, pay the same levels of attention to his other employees. Many of those, he observed, had eccentricities of personality or behavior. In the past, he’d regarded these differences as inconveniences he had to “put up with.” After working with Specialisterne, he asked himself if he could find ways to make workspaces that could improve the performance of all his employees. Outlier behaviors can sometimes create coordination difficulties and additional costs, but this manager reckoned he’d have to cope with those no matter what. He was, he figured, already paying the costs of accommodating the eccentricities. Why not get some more benefit for his trouble?

This thinking and his performance represent a transition from the industrial dichotomy between manager and maker to a more artful notion of managers and creatives both as makers.

Reprinted with permission of Stanford Business Press; copyright © 2012 by the Board of Trustees of the Leland Stanford Junior University