Rarely a day goes by without news about the maker movement — the DIY culture of hackers and traditional crafters that, with advances in 3D printing, is producing a dizzying range of items from simple toys to bespoke prosthetics and even complete buildings. These technological leaps are revolutionizing manufacturing and creating a follow-on effect in other industries along the supply and delivery chain, as well.

An analogous revolution is also underway in how we adapt organizations for the fast-changing contexts in which they must operate. I call it the leadership maker movement.

In a sense, leaders have always been makers. Where once they designed a new production process, like Henry Ford’s, or took a commodity product to a higher level, like Steve Jobs did, they now unlock human potential. In the industrial age, leaders provided guidance for workers on what to do. Now, because of the need to be more nimble and adaptable to constant change, the challenge is for leaders to create the conditions for self-organizing teams, decentralized decision making, and independent problem solving. 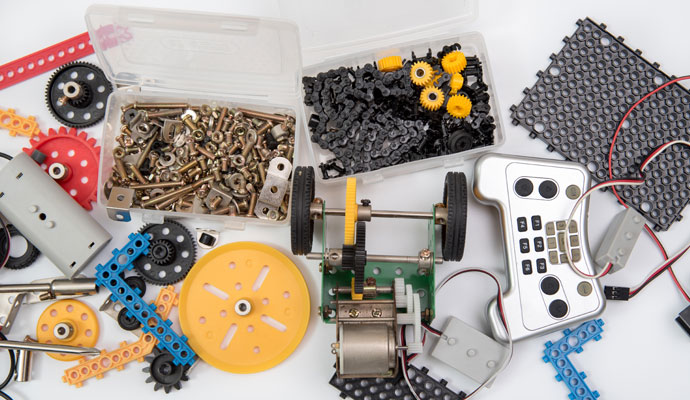 After observing companies and speaking with several innovative thinkers, I’ve concluded that leaders today can find success for themselves and their teams when they become makers in four distinct yet related domains.

Sense-maker. Karl Weick of the University of Michigan has been writing about sense-making as a critical skill for leaders for several decades. In a 2005 paper he coauthored with Kathleen Sutcliffe and David Obstfeld, sense-making was described as “turning circumstances into a situation that is comprehended explicitly in words and that serves as a springboard into action.” The ability to do so undergirds any vision and strategy that resonate with workers, investors, and customers.

The leader as sense-maker has never been more relevant than now, when a tweetstorm can send a company’s stock price plummeting. Stakeholders look to follow someone who can find meaningful patterns in the cacophony of market signals, consumer preference swings, technology leaps, regulatory gyrations, and media machinations. Amid the flux, leaders must help answer questions such as, “Why does what we are doing make sense now?” and “Why does it make sense that we are doing it together?”

Satya Nadella, the CEO of Microsoft, is an excellent example of a leader as sense-maker. He revived the tech company by focusing on why and how Microsoft can be relevant, indeed essential, to its customers. Nadella described the approach as part of a “learn it all” culture, versus the old, entrenched “know it all” culture. It’s about discovering the future rather than defending the past.

Meaning-maker. Closely related to sense-making is finding meaning through one’s work. I spoke with Michael C. Bush, the CEO of Great Place to Work, who told me that he and his team are seeing an “inflection point where the needle is moving toward purpose and values” as the keystone in organizations. “Millennials, in particular, are articulating that they want their work to provide meaning,” he said. “Their parents wanted it too, but they just didn’t say it.”

The leader as sense-maker has never been more relevant than now, when a tweetstorm can send a company’s stock price plummeting.

In his new book, A Great Place to Work for All, Bush and his team of researchers lay out voluminous data to support the notion that companies that possess deep reservoirs from which to derive meaning — through trust and pride in one’s work — outperform their competitors on every metric that matters, from revenue growth to innovation to retention and more.

During our discussion, Bush cited Salesforce CEO Marc Benioff as a leader who understands how to make meaning and who practices it. “Benioff just says it — the way to deliver maximum shareholder returns is using business as a force for good in the world.” Unsurprisingly, Salesforce is number one on the Fortune 2017 Best Place to Work list.

Bush said that there is little evidence that one can train to this mind-set. It requires reflection and internal motivation, not hours in a classroom. “It springs from an attitude about caring,” he said, noting that leaders who care also understand that when their people find meaning at work and contribute to a shared meaning for others through that work, they are willing to give the “passion, collaboration, and creativity” that are “vital for business today.”

Place-maker. Before an organization can be a great place to work, it has to be a great place. The characteristics of a place are determined by decisions made about the physical elements and the rules, policies, and protocols that define how a person experiences their environment. Compare the self-contained monoculture of the new Apple Park campus in Cupertino, Calif., to Boston Landing, the mixed-use development led by footwear maker New Balance’s commitment to build a new headquarters in the same urban neighborhood it has long called home. Different companies. Different choices. And very different statements. Each will attract some and leave others feeling flat, but it’s the place-maker leaders’ responsibility to ensure that their place attracts and retains the people they need.

I learned more about place-making from Dar Williams, an astute observer of communities — as well as a singer-songwriter I’ve admired for some time. She captured her insights in the book What I Found in a Thousand Towns. Williams told me, “When you are a traveler, especially in the downtowns, and participating in events meant to revitalize communities, you begin to notice how they develop identity, revive, and then thrive.” In her terms, the secret is “positive proximity,” the mix of infrastructure and doctrine that enables planned and serendipitous interactions with the right balance of predictability and adventure. The sense of place in these communities is a far cry from sterile cubical farms. They’re somewhere you want to be, not just work.

As place-makers, executives should think beyond functions and units to see the communities that generate energy across the organization: the softball team, LGBT resource group, and Earth Day volunteers — what Williams calls “conscious bridgers.” These are people who reach across boundaries to make connections based on work and non-work activities. Listen to them as much as (or more than) you do the grand architectural visionaries and dollar-per-square-foot maximizers.

Space-maker. Nick Udall, the CEO of the Nowhere Group, talks about “holding” energetic and relational space as one of the high arts (pdf) of leadership. By this, he means stepping back from being the leader at the center to become the leader who can create opportunity for groups and communities of teams to tap into a wider collective intelligence and generate breakthroughs and insights.

Udall noted that leaders often take up a lot of space because of the positions and power they hold. Employees may want to please the leader and use the current company paradigm as a filter for their own ideas. But a manager who is aware of this can pull herself back and use her power to ensure that others are heard. She may choose to send a team to a remote location, free from the trappings of the dominant culture. This is a deliberate decision to eliminate triggers that reinforce the status quo and, instead, to enable fresh thinking to flow.

Eileen Fisher, the designer and chairwoman of the board of her eponymous company, calls this “deep democracy,” in which, rather than giving a thumbs up or down to a presentation, participants are invited to be part, “energetically, of the flow forward.”

Udall described it to me this way: “It is in these actively held spaces that people surprise themselves with what they create and co-create. And because surprise is such a transformational emotion, when we think something we never thought, we transcend our sense of self, and our core belief systems are re-patterned. We expand our capacity to ride the highs and lows of the creative process. Scale this up and we re-tune the frequency at which cultures vibrate — unleashing cultures of innovation across the organization and even across eco-systems of organizations.”

You may think that I have missed one: the leader as rainmaker. Michael C. Bush told me that when Great Place to Work ranked the leaders in their research from one (lowest) to five (highest), the top earners were often found at the bottom. Focused on personal achievement, they may also have low self-awareness. Those at the top of the list are visibly and genuinely concerned with others — servant leaders who see empowering their employees as the surest route to high performance.

Sense, plus meaning, plus place, plus space is the leadership equation that answers the question, “How can I help make you a success?” If solved, it drives the innovation, commitment, and engagement for which so many organizations strive.