An interesting article in the Wall Street Journal described how Saudi Aramco, the world’s largest oil producer, is investing in research that would help engines run more efficiently on gasoline, not on soy, the sun, or other renewables. Now, it’s pretty rare for commodity producers to spend precious R&D dollars on devices that would…reduce the need for the commodity they produce on a permanent basis. That would be like 19th-century whaling operations developing slow-burning wicks for oil lamps, or grain producers investing in pills that slash the human need for carbohydrates. As a general rule, commodity producers — in oil or corn, pistachios or pomegranates, pork bellies or chickens — are all about boosting demand for their product.

When industries face significant disruption, counterintuitive moves sometimes makes sense. There is some evidence that petroleum is being displaced, albeit slowly, as a transport fuel. Every month, more cars, buses, and trucks that run on electricity-powered batteries hit the road. (Ships, too.) With prices coming down and battery power increasing, a tipping point may be near. Bloomberg New Energy Finance forecasts that global sales of electric vehicles will rise from 1 million units in 2017 to 30 million in 2030. 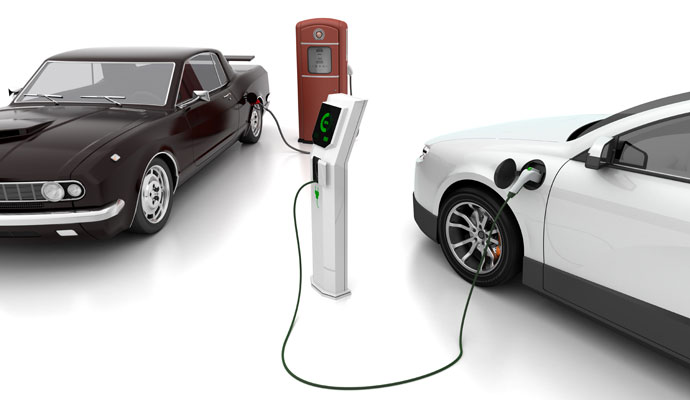 Faced with a near-term future in which many fewer people may be using your company’s main product, how do you respond?

Ever since the advent of the Internet, one popular method has been to cannibalize your own business: Employ the disruptive technology, in-house, to do to yourself before others do to you. Build your own dot-com! Of course, cannibalization is often easier said than done. That’s in part because the infrastructure, culture, and skills built up over decades to operate one type of business at scale don’t always translate neatly to a new modus operandi. And the new venture often carries slim or negative profit margins, especially in the early years. Few CEOs, especially those of publicly held companies, relish the prospect of intentionally sabotaging their profits, even if it is in the company’s long-term interest.

Few CEOs, especially those of publicly held companies, relish the prospect of intentionally sabotaging their profits.

Another way to respond is to hedge your bets because it’s very difficult to make the transition from one technological paradigm to another. Horse-drawn buggy manufacturers didn’t become auto manufacturers, and with a few exceptions, typewriter titans didn’t prosper in the PC world. But it might make sense to make some investments in the new, new thing. We’ve seen some of this in commodities and consumer products. Several big oil and natural gas producers have invested in renewable energy projects like solar and wind farms. Tyson Foods, the chicken and pork producer, has invested in Beyond Meat, which makes animal-free meat products. And tobacco companies are investing in e-cigarette operations. Such defensive moves, which often make sense, don’t do all that much to preserve the long-term viability of the core business.

The third way, which is more counterintuitive and perhaps more risky, is the approach that Saudi Aramco is taking. Understanding that a big change is coming and is probably inevitable, treat the new, new thing not as a substitution for your core product, but as new competition. Given this mind-set, it makes sense for commodity producers to invest in equipment, processes, and devices that make the continued use of the commodity appealing, even as new innovations materialize.

Let’s assume that in coming years there will be more vehicles on the market that can be powered by electric batteries, that gasoline taxes rise, and that government pressure to reduce or cap emissions intensifies. Many consumers will opt for electric cars, and hence won’t buy gasoline. But if there are internal combustion engines that are significantly more fuel-efficient than today’s versions, consumers might continue to choose them. Sure, they’d buy less gasoline on a per-vehicle basis than they do today. But they’d still be buying some gasoline.

When people extrapolate into the future, and question the viability of their current product or business model, they often do so based on the current use case. Sure, gasoline might not be able to compete with electricity as a fuel in 20 years if the typical internal combustion engine gets 30 miles per gallon. But at 60 or 90 miles per gallon, it might. Take coal. In an era of carbon constraint, coal might have a difficult time competing with natural gas or renewable sources of power. But what if the coal-producing industry were to invest in technologies that could capture carbon economically?

Of course, these investments are no more guaranteed to succeed then cannibalization or hedging efforts. But there is more than one way to shape demand.