There has been a great deal of focus in economic development circles recently on the highly public effort to attract Amazon’s second headquarters. As the New York Times noted, “The process has garnered the kind of enthusiasm normally reserved for bids to host the Olympics.”

And why not? Here’s a market-leading company pledging to bring 50,000 payroll jobs to an area in one fell swoop. Who wouldn’t jump at that opportunity? Many communities put together impressive packages offering incentives, public investments in transit, and other efforts that they regarded as worthwhile enticements to attract 50,000 new positions. Amazon has narrowed the list down to 20 finalists.

Of course, only one will win. But the process raises a larger question. Aren’t we ignoring a massive source of new jobs that is hiding in plain sight? That source: unfilled positions. The question cities and states should ask themselves is not how to attract entirely new companies to the area that will bring jobs, but rather how to help or convince companies that are already here to fill open positions. The U.S. labor market is as tight as it has been in recent years. The unemployment rate is 4.1 percent. The economy has added payroll jobs for a record 89 straight months. Which means that recruiters, human resources managers, headhunters, talent scouts — you name it — are having difficulty filling spots. The upshot is that, according to the Labor Department, there were a record 6.3 million jobs open in the U.S. at the end of January. That’s a large number. It’s equal to the entire population of Missouri, or the number of employees in the finance and insurance industry, and a sum equal to 126 Amazon HQ2s.

The openings are distributed throughout the country, and in every industry: 1.09 million in professional services; 711,000 in retail; 561,000 in government; 250,000 in construction. Scan the press, and you’ll see signs of labor shortages everywhere. An article in the Washington Post noted that the resort community of Branson, Mo., with a population of 11,400, has 2,050 job openings for the upcoming tourist season. In Portland, Maine, the unemployment rate is a mere 1.8 percent. 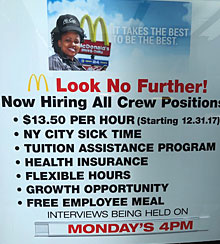 Companies large and small, low-paying and high-paying, new economy and old economy —they’re all having great difficulty keeping their cubicles, assembly lines, and counters fully staffed. I was surprised in New York recently to see a large help-wanted poster in a fast-food restaurant offering $13.50 an hour, health insurance, and a host of other benefits. But even companies that are accustomed to being the employer of choice — the ones that pay well and have cool office buildings and soaring stocks — are facing challenges. Apple has more than 5,000 job openings, up more than 50 percent from a year ago.

There are a host of reasons there are so many vacant jobs in the United States. Demographics (baby boomers aging out of the workforce), patterns of immigration, and long-term structural shifts in the distribution of population around the country play a role. In some instances, jobs are open because the employer doesn’t have the resources to pay people enough to convince them to take the jobs (this is especially so in the public sector). In many instances, there is a genuine shortage of people with the necessary skills and training. The U.S. simply doesn’t have enough nurses, truck drivers, software engineers, and construction workers to meet demand. Rural areas are finding it difficult to hold on to their population because of the lure of cities. And cities are struggling to build sufficient housing that workers — especially young workers — can afford.

Aren’t we ignoring a massive source of new jobs that is hiding in plain sight?

All of which suggests that one of the greatest sources of jobs for any community is hiding in plain sight. They’re already here, they’re just not filled. So perhaps we — the media, the economic development community, politicians — should worry less about trying to attract a splashy outsider to bring in new jobs and do more of the sorts of things that will enable companies that are already there to hire.

The irony, of course, is that many of the initiatives that communities said they were willing to undertake to attract a new arrival like Amazon  — tax breaks, investments in public transportation, building training and skills programs — are precisely what existing employers need in order to hire and retain employees more effectively.

Transplanting new crops into a region can be a boon to prosperity. But fertilizing the ones that have already proven they can thrive in the local soil may be a more effective short-term strategy. 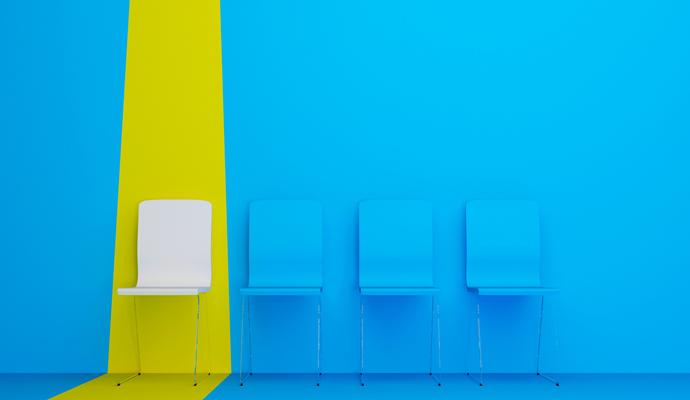 How talented are you at spotting talent?
A new book makes the case for a more open-minded approach to hiring.
by Tom Ehrenfeld
Digital issue