There’s always been a tension between two realities of business management today. On one hand, advantage is transient. On the other, corporate identity is slow to change. The capabilities that make companies truly great are slow to develop and can’t be built overnight. If they could, they wouldn't be worth very much because anyone could copy them.

Rita Gunther McGrath, associate professor of management at Columbia Business School, has documented that the factors that used to bring automatic success to companies over time—like scale or market position—are increasingly unreliable. And it’s getting worse with technological disruption, globalization, and regulatory shifts.

How do we resolve this tension? What should companies do? One current hypothesis has suggested that agility is the answer. Companies with the power to move quickly and easily to a different product mix or position will make the right move.

At Strategy&, we did some research on that premise, and our findings were counterintuitive. They were not what most chief executives might expect.

We looked at what we called “the world’s biggest losers.” Out of the world’s largest companies (those with more than a billion dollars in enterprise value on January 1, 2002), these were the ones whose value dropped more than 10 percent over the next 10 years. We tried to understand what went wrong. Was it operational issues? Was it compliance blunders? External shocks? Or was it strategy mistakes?

We found that 80 percent of the value destruction in the world’s biggest losers was a result of strategic blunders. It wasn’t fallout from natural disasters or major market shifts, but the decisions and actions made and controlled by the companies themselves that got them in the most serious trouble. In other words, companies succeed when they move in the right strategic directions, not when they move opportunistically.

So we started to look at the winners. Specifically, we looked at companies that had a reputation for being successful because of what they consistently did better than anyone else. Our list includes such well-known capable companies as Amazon, Apple, Danaher, IKEA, Haier, Natura, and Starbucks. We studied them and realized that their greatest strength wasn’t agility—in the sense of always responding quickly to external events. They were proactive, but also very measured and consistent about the big, strategic choices they made.

Five things in particular stood out that made these companies capable and successful. We call them “unconventional acts” because they contradict the assumptions that many businesspeople make about management success:

1. These companies stay true to who they are. You might hypothesize that the most dynamic, agile strategy is the best strategy, but that’s not what these companies followed. They commit to an identity and play the strategy long game

2. They get out in front and shape what their customers want. You could expect these companies to assiduously research what consumers want or demand, and to respond accordingly. These companies don’t do that. They anticipate customer desires and create demand.

3. They translate their strategic intent into the everyday. You might think that success is driven by adopting the best practices of a company’s industry or by developing functional excellence, but that’s not their focus. They build the capabilities that matter most and execute relentlessly and flawlessly.

4. They put their culture to work. You’d assume in today’s fast-changing market companies should be able to reorganize on a dime. These enterprises celebrate what is already great about their culture, leveraging their existing behaviors to make themselves more powerful and effective

5. Finally, they cut costs to grow stronger. You might suppose that success comes from managing expenses across the board or directing investment rapidly to new opportunities. Not in these capable companies. They treat expenses as investments, doubling down on the capabilities that matter most in terms of bringing value to the market.

If agility is chasing opportunities presented to you by a chaotic market, then agility is not a recipe for success. It’s a guarantee of incoherence and volatile performance. But if you stay true to your identity, aware of your unique strengths and where your capabilities add the most value over time, then you won’t just be agile. You’ll be “smart agile.” Yours will be a truly capable company that will win in the market: today and over time.

Agility alone is a guarantee of incoherence and volatile performance. 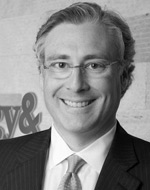 Cesare Mainardi is the CEO of Strategy&. He advises some of the world’s largest companies and boards on strategy and growth, and teaches at the Kellogg School of Management.