The media business is percolating with over-the-top content — shows, series, events, and whole channels that bypass cable and reach consumers through social media, the Web, and other platforms. So it may not come as a surprise that coffee shops are getting into the game.

This fall saw the introduction of “Upstanders,” a Web-based series that uses video, podcasts, and text to tell the stories of 10 ordinary people creating positive change. Brought to you, literally, by Starbucks.

In a press release, Rajiv Chandrasekaran, a former Washington Post editor who is senior vice president for public affairs at Starbucks, said that “Upstanders” shares stories of inspiring Americans that “are often ignored by traditional news organizations, with millions of our fellow Americans through Starbucks’ unparalleled platform.”

Several keywords and phrases in that sentence — “shares,” “inspiring,” “traditional news organizations,” “Starbucks’ unparalleled platform” — illuminate how the company’s thinking about content has evolved in today’s mobile- and social-first world. For “Upstanders” is aimed less at selling coffee or other products, and more at enhancing Starbucks’ brand promise and deepening consumer engagement. 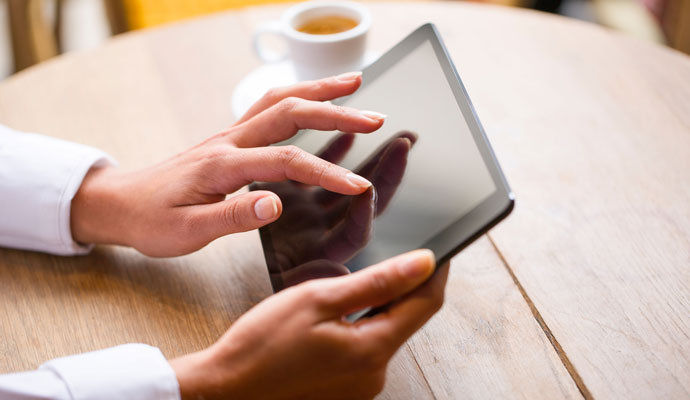 As it uses media to create personalized, relevant experiences its consumers desire, Starbucks is breaking out of the traditional mold. It is relying on its own creativity instead of the expertise of a media, entertainment, or advertising company. It is focusing distribution on its own digital channels — among them its social media platforms, its mobile apps, and its online and in-store digital network — rather than on traditional outlets or even its physical stores. And the coffee chain trusts that audiences won’t care who created the content as long as it is genuine, transparent, informative, and entertaining.

This approach represents an evolution, if not quite a departure, from Starbucks’ past media efforts. A decade ago, before the Internet had developed into the robust entertainment platform it is today, Starbucks sought to become a cultural tastemaker by turning its physical stores into a retail channel for books, music, and movies on a mass scale. In 2006, it promoted Mitch Albom’s second novel, One More Day, with discussions and readings as part of a new in-store book program. It promoted the Lionsgate movie Akeelah and the Bee on coffee cup sleeves and coasters that encouraged customers to spell difficult words (the movie was centered on a spelling bee). It established an in-house media division, Starbucks Entertainment, and hired talent agency William Morris to find projects to market in its stores.

But its most ambitious effort was in music, which has always been an important part of the atmosphere Starbucks aims to create in its stores. The company offered a carefully curated selection of CDs at the cash register — and sold millions of them. In 2004, about one-third of Ray Charles’s platinum duets CD, Genius Loves Company, were sold in Starbucks. The company later bought digital music company Hear Music and launched a record label that signed its own artists (Sir Paul McCartney being the most notable among them).

“We believe strongly that we can transform the retail record industry,” Starbucks chairman Howard Schultz said in 2004.

That didn’t quite happen. The company stopped selling CDs in 2015. Schultz may have been wrong about transforming the retail record industry — in fact, there wasn’t much the coffee chain could do about the digitization of music. But he was dead on as an early proselytizer of the power of social media. After reclaiming the CEO title in 2008, Schultz implemented a holistic social media marketing strategy that not only helped reverse a sales decline, but also paved the way for a new media strategy.

In the years since, the company has become a leader in harnessing the social aspect of social media. Its Instagram followers, for instance, primarily control Starbucks’ content with fan-submitted images. “My Starbucks Idea” is a social platform where customers can submit ideas for new drinks, food, and merchandise. And its “Starbucks Rewards” program offers deals, free music downloads, and other perks via its iOS and Android apps. Today, more than 25 percent of all Starbucks transactions are conducted through the apps.

With each engagement on its social platforms, website, and apps, Starbucks is gathering data and learning about its customers’ behaviors and interests, which it can use to create relevant content experiences. So instead of pushing new bands’ CDs, it is instead developing projects like “Upstanders” based on its impressions of its consumers’ interests. Put another way, Starbucks is moving away from selling media to earn a profit to creating media that engenders loyalty and deepens customer engagement. The belief and expectation are that this will pay off in the form of longer-term relationships and connections.

Starbucks is moving away from selling media to earn a profit to creating media that engenders loyalty and deepens customer engagement.

“Upstanders” is a perfect example of this new strategy. The company has always been vocal about social issues, from healthcare and education to open carry and race relations. In that vein, the inspirational and aspirational nature of “Upstanders” neatly fits with Starbucks’ brand reputation. Some of the subjects covered in the series include an ex-NFL player who helps train wounded veterans, a college student who created a Web program to limit food waste, and residents of Baldwin, Mich., who raised money to provide a college scholarship for every student in the community.

The series is essentially a hyper-realized form of sponsored content. Starbucks is intimately tied to the production, though the series has nothing to do with coffee and doesn’t feature the company at all. The halo effect from financing, promoting, and distributing the series accrues to Starbucks’ brand.

This approach adheres to the “Mash-up” model Deborah Bothun and John Sviokla described in a 2016 strategy+business article, “You’re a Media Company. Now What?” In this instance, Starbucks has a direct relationship with its customers and exerts a high level of control over the user experience. The company has expertise in distribution, physical infrastructure (via its nearly 24,000 stores), and terabytes of customer insight. Chandrasekaran brings the content expertise. Starbucks has the status and authority to create content that results in compelling user experiences.

The idea of collaborating on “Upstanders” came about after Schultz and Chandrasekaran coauthored the book For Love of Country: What Our Veterans Can Teach Us About Citizenship, Heroism, and Sacrifice. In a review of that book in the Wall Street Journal, Maj. Gen. Robert Scales wrote, “Frankly, I’m not all that crazy about coffee. But after reading this moving book I’ll not likely pass a Starbucks again without stopping for a patriotic cup.”

If everyone who views an “Upstanders” video is motivated to do the same, then Starbucks has created a virtuous cycle of content, consumer data, and purchase behavior that it can replicate and optimize in its media offerings for years to come. And that’s likely to be more valuable for its long-term growth than a 30-second television ad for pumpkin spice lattes. 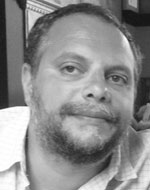 Peter Lauria has covered media for Reuters, the New York Post, and the Daily Beast, and served as BuzzFeed’s founding business editor.