My younger brother Paul is a director of marketing and sales for one of Ireland’s leading exporters in the agri-food sector. Nearly every week for the last decade or so, he’s travelled around Europe selling high-quality Irish produce to national and global retailers.

I know he’s good at it. He’s multilingual and has always had an effortless patter, combined with sharp commercial antennae. When we played in a band together, we always sent him in to do the negotiation over venues and prices.

Brexit has changed Paul’s working week for good. Whereas Europe has been his natural stomping ground, his last trip was to the Philippines and his next one is to China. He’s still selling away in Europe and will do so for as long as that’s practical and commercial. 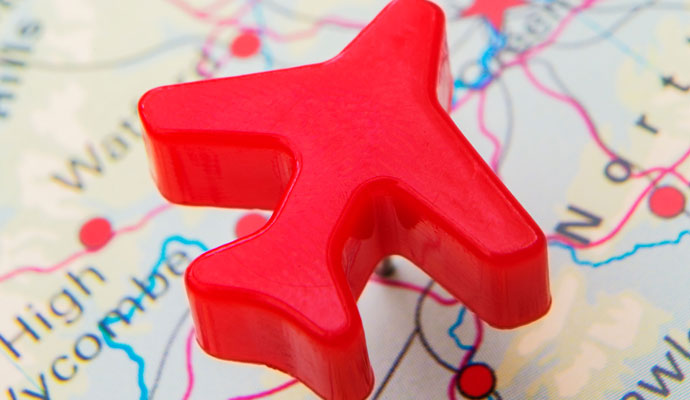 But given the uncertainty surrounding Brexit, he’s starting to look elsewhere. He has no choice. He can’t “wait and see” what the ultimate outcome of Brexit negotiations between the U.K. and European Union will be. He can’t keep his fingers crossed that the politicians will sort it out in time for the U.K. to make its planned exit in early 2019. And Paul may not be the only one in this position.

If you listen to the political discourse in the U.K., you’d almost think that businesspeople such as Paul have a binary “here or there” choice about where to trade. Supporters of Brexit are convinced there are new opportunities in farther-flung places such as the U.S. and New Zealand, and tout the ability of technology to make pursuing these possibilities easier. But the Europhiles’ instinct is to keep trade much closer to Europe.

Each camp, it seems, conveniently ignores the opportunity set that doesn’t line up squarely with its natural political disposition. But businesspeople don’t have the luxury of ignoring genuine commercial opportunities. It’s not either/or — rather, it’s both/and. In other words, you trade where you can, first and foremost.

This is consistent with a conclusion in a piece of economic analysis done by PwC’s economists in association with Tony Venables, professor of economics at University of Oxford. The report examines the extent to which distance actually does matter for trade. The starting point is the so-called gravity models of trade, which argue that the amount of trade between two countries depends on how big they are and how far away they are from each other. Some argue that, mainly due to technology and growing trade in services (rather than goods), distance matters less now than it used to — that is, the laws of gravity for trade are being defied. Patrick Minford, a professor of applied economics at Cardiff University and the leader of the group Economists for Free Trade, summarizes that “there is limited evidence that these [gravity] models can do a good job on long-term trends.”

Our economists examined 120 studies and reviewed more than 1,702 estimates of the nature and strength of the relationship between distance and trade. They found that distance still matters: Taking all studies together, which covered trade over the period 1870–2010, PwC and Oxford’s analysis suggests that halving distance between trading partners roughly doubles the volume of trade.

Businesspeople don’t have the luxury of ignoring genuine commercial opportunities. It’s not either/or when it comes to picking trading partners nearby or far away — it’s both/and.

Indeed, there was some evidence that distance had increased in importance over the last 20 to 30 years. Our economists suggest that part of the explanation lies in rapidly growing trade in “intermediates” — unfinished goods used to produce final products — in recent decades. Take Airbus, for example, which produces airplane parts in Wales, Germany, France, and Turkey, and then assembles them in Spain. The need for “just in time” delivery at factory gates means that trade in intermediates is often only viable over pretty short distances.

I interpret this as an empirical finding that requires us to accept that this issue does not pivot around a binary choice of where to trade. Whichever way the Brexit negotiations go, Europe will continue to present business with massive commercial opportunities. And right-minded businesspeople will always do well to seek out and leverage opportunities in new, nontraditional markets, many of which might be far away. Like Paul, they too will strive to diversify their trade partners in the face of uncertainty.

When my brother and I played in the band together, we had a weekly residency in a local pub. It was great, familiar, and close to home, but it didn’t generate the money or the exposure we were hoping for. It was a good platform, but we had to look farther afield for some of our more interesting and lucrative gigs. We’re both in business now, and we’re adopting the same approach to help us navigate the post-Brexit landscape. As I say, it’s not either/or — it’s both/and. 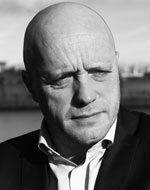 David Armstrong is a partner with PwC UK. He is on PwC UK’s Government Consulting leadership team and is an advisor to executives at public-sector clients for Strategy&, PwC's global consulting business.