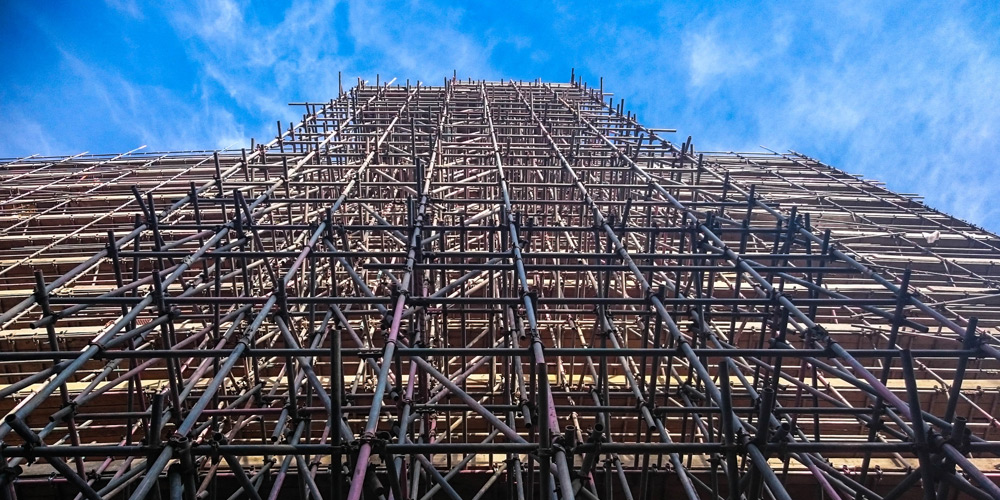 This may sound glib to you. But like many of Peters’s observations, it’s got a strong foundation in reality. If you’ve been around for a while, you know that all sorts of business programs ossify after a few years. It happened with total quality management (TQM) and business process reengineering back in the 1990s. It’s happening with D&I (diversity and inclusion) and holacracy now.

One of Peters’s followers blamed leaders for this phenomenon. But Peters didn’t agree. “My experience is different,” he replied. “All ‘systems’ inevitably calcify, regardless of the leaders. [The] solution is to automatically throw out any such system after, say, 5 years.”

Many companies do exactly that. They deal with the organizational sclerosis that sets in as management programs age by abandoning them for whatever has come along in the meantime. “Forget TQM, let’s do Six Sigma; forget Six Sigma, let’s do Lean.” Often, these moves follow a change in leadership. A new CEO points everyone in a new direction and cuts the old program’s funding. That seems wasteful, at best. Presumably, there were benefits to be had from the program (and almost certainly a substantial amount of money and effort has been expended to establish and maintain it). And then there were none.

But why do improvement programs ossify? Once upon a time, I studied the reasons TQM implementations fail. They included skimpy budgets, ineffectual leaders, spotty managerial support, ill-defined strategies and objectives, poor program and performance measurement, and a lack of training. In other words, a dearth of all the things that bureaucracies are designed to provide. Looking back, I realize that for my analysis of this phenomenon, I could have written, “If you want to embed TQM in your company, you need to build a TQM bureaucracy.”

But that only holds true for implementation. The problem is that once an improvement idea or system becomes established in a large organization, the bureaucracy that successfully established it usually becomes the agent of its ossification. The “center of excellence” gets bloated and dictatorial; new layers of administrative management slow decision making; the flow of work gets jammed up with new tasks and procedures; metrics yield reports that demand managerial attention and sap employee energy.

Now, the idea that promised such rich rewards arrives squarely in the crosshairs of London Business School professor Gary Hamel, one of my favorite management radicals. “There’s no other way to put it: bureaucracy must die,” he wrote in a 2014 Harvard Business Review article “We must find a way to reap the blessings of bureaucracy — precision, consistency, and predictability — while at the same time killing it.”

Hamel’s solution, which he and colleague Michele Zanini detail in their new book, Humanocracy, is self-management. There is a chapter in the book describing how Michelin is experimenting with a team-based, self-management system labeled MAPP — a French acronym for “autonomous management of performance and progress.” Instead of issuing a top-down mandate and appointing a czar to implement the system, MAPP is taking a voluntary, grass-roots approach to nurturing the transformation to self-management.

As you might imagine, it’s slow going: At the end of 2016, four years after the project was conceived, report Hamel and Zanini, “the pace of change is uneven, [but] everyone is committed to pressing on.” Michelin has 70 plants, and MAPP is being tested in six of them.

It’s terrific that Michelin is noodling with self-management. But fundamentally restructuring the management system of a large enterprise in a way that not only doesn’t use bureaucracy but also eliminates it seems like a quixotic quest to me. Nevertheless, if bureaucracies first nurture and then destroy systems, the view that bureaucracies and systems need not go hand in hand may provide the first glimmer of a solution to the problem of systemic ossification.

In this view, the successful implementation of improvement ideas is not the end of the road, even though that’s where the literature of improvement usually stops. There needs to be another step in which the bureaucratic infrastructure that allowed the company to implement an idea gets dismantled before the idea becomes, as Peters put it, one more burdensome, life-sucking practice.

That’s sure to be a challenge. It requires that bureaucracy be constructed like scaffolding — something that can be removed without the system it supported collapsing. It also requires that an improvement idea be truly embedded in the DNA of the organization before the bureaucracy is cut away. (Think of how TQM was part and parcel of the operations of Japanese manufacturers compared with the more superficial way in which many U.S. manufacturers implemented it.) Most of all, it requires the willingness of leaders to treat bureaucracies as tools to be used and discarded, rather than as their primary source of power.