On January 26, the Department of Health and Human Services (HHS) made a historic announcement. The Medicare program, which in 2012 provided insurance for more than 49 million older Americans, has historically functioned as a fee-for-service (FFS) payor, reimbursing providers for the volume of services they render. In 2014, Medicare made US$362 billion in fee-for-service payments. But as part of an effort to bring government spending on healthcare under control, Medicare is moving to a new paradigm—focusing on outcomes and the value of service provided, rather than volume. Instead of simply reimbursing providers according to set formulas, the agency has been experimenting with alternative payment models, such as accountable care organizations, bundled payment arrangements, and medical homes.

Medicare is moving to a new paradigm—focusing on outcomes and the value of service provided.

The announcement also calls for the proportion of all FFS payments to be tied to quality or value in general to rise to 85 percent in 2016, and to 90 percent in 2018. In addition, HHS aims to develop and test new payment models for specialty care and expand the alternate payment mechanisms well beyond Medicare by working closely with different key stakeholders, including state-run Medicaid programs, private insurers, employers, patients, and the broader provider community. HHS also indicated that it will invest $800 million through 2018 to support nearly 150,000 physicians participating in the programs with tools and skills to enable this transformation.

Although they may be significant, we see these changes as much needed to transform the U.S. health industry and create the new health economy. In addition, they are in line with the broader market push from some leading private health plans and providers, as reflected in a similar announcement by a group of large companies days after the HHS made its goals public.

The timeline HHS laid out for accomplishing these ambitious goals is aggressive. It proposes to increase the proportion of payments made through alternative models by 50 percent in a year and by 250 percent in three years. Those goals may be difficult to reach, particularly given the lack of clarity on the details of the transition plan. What’s more, transitioning to a value-based payment is a journey, not a singular event. And although we believe many of these changes are necessary, players should be realistic about the complexity of the proposed changes. After all, participants don’t always change their underlying behavior. Structural market forces such as hospital consolidation and the hospital acquisition of physician groups can act as both a supporting and a countervailing force. And there has been limited progress in addressing such fundamental issues as the utility of quality reporting and adoption of evidence-based medicine. As such, the impact on total medical costs and quality in the near-term is likely to be limited.

In addition, vital details have yet to be fleshed out. It will also be interesting to see what exactly HHS does to manage specialty care. For example, costs for cancer care have dramatically increased over the last few years as hospitals continue to acquire physician offices and charge chemotherapy administration at the significantly higher outpatient rates. The Medicare Payment Advisory Committee estimates the current practice is costing Medicare an extra $2.1 billion annually, and since 2013 has advocated equalizing cancer-related payment rates across outpatient and physician office settings.

Regardless of the uncertainties, this announcement provides a helpful signaling mechanism for health plans. After all, HHS is the largest and arguably the only market-moving payor. So what should health plans do? We suggest three components of a strategic review:

·         Use this announcement to plan the evolution of their own strategies to engage the healthcare delivery system and institute value-based payments. Plans need to take a granular, market-by-market view of the implications of the HHS timetable and consider the timing of the vital moment when a majority of payor dollars in the market will comprise such payments.

·         Be selective about markets, providers, and strategies for investment. Care-delivery transformation is a long and resource-intensive journey, and it will be critical for plans to be targeted about where, how, and when they engage.

·         Strategize about their differentiation and value-add beyond payment models. When many payors have innovated payment models, differentiation will come from other sources, like being a trusted enablement partner to healthcare providers, and activating the demand side (consumers and patients) of care-delivery transformation. Payors with fact-based, thoughtful strategies, relevant capabilities, and outstanding execution are more likely to win this race.

For some hospitals and health systems, this announcement will either be a non-event or serve as a validation of their existing strategic direction. For many others, which are currently in the “watch and wait” mode, the announcement will be a tipping point in a transition toward value-based care. Unfortunately, although the announcement is clear about “what” and “when,” it is downright stingy on the “how.” We suggest hospitals and health systems follow the following three steps on implementation.

First, we suggest a diagnostic. It is critical to understand the current ability of your health system to track and influence the health and utilization of a population—any population. In fact, most hospitals start with their own employees.

Second, it is important to set a goal. How much progress does your organization have to make, and against which quality and value metrics?

The third step is to choose one of two paths.

·         One road requires taking a hard look at treatments for hearts, hips, and knees, and other procedures that are heavily used by Medicare recipients and that usually represent a tremendous fluctuation in outcomes and costs. Nationwide, 33 episode treatment groups account for about 50 percent of the total cost. Bundling these procedures will go a long way toward improving predictability.

·         A second road requires addressing the Medicare population in its entirety. Here again, it is possible to be targeted—5 percent of the population accounts for 50 percent of the cost. However, engaging these high-cost patients effectively will require skills that many health systems have not invested in before, such as medication compliance tools, end-of-life programs, geriatric social workers, and innovative care models such as the Program for All-Inclusive Care for the Elderly.

The good news is that these two paths overlap, intersect, and converge—bundles can be the building blocks for population health. The health systems about to embark would do well to make sure they have the right data, the right partners, and the right physician leaders to get them to the destination marked by the HHS.

Even if HHS falls short of its goals in rapidly ramping up the volume of quality-based payments, this initiative will still have enormous implications for both health plans and providers. In the coming months and years, market participants will have to make a series of strategic choices and develop critical capabilities. Their success at doing so will determine who thrives in the long-term. 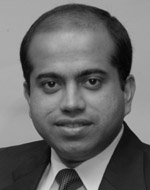 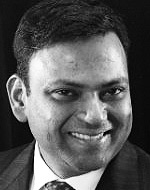