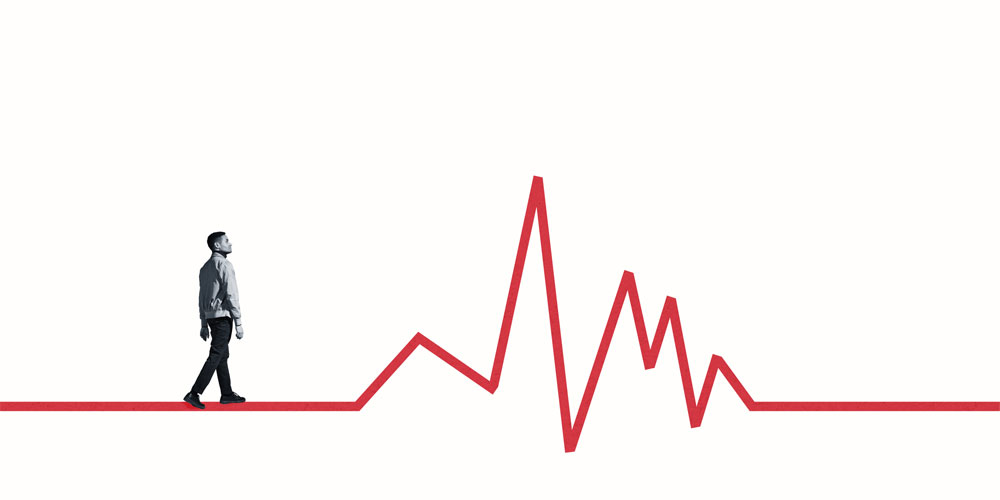 The COVID-19 pandemic has been a case study in human contrarianism. In staggering numbers, people refused—and still refuse—to comply with mask and vaccine mandates. Some bridled at being sent home to work and at their kids being sent home from school. When everyone was summoned back, some bridled at that, too. It’s an ongoing, large-scale lesson in reactance, a concept with which any leader charged with trying to enact change should have at least a passing acquaintance.

The theory of psychological reactance originates in the 1960s with Jack Brehm, who developed it when he was a professor at Duke University. Brehm said that humans are negatively aroused when they perceive a threat to their freedom. What constitutes a threat to freedom? That’s your call. If you think a mask mandate restricts your freedom, Brehm’s theory suggests that reactance will not only increase your desire not to wear a mask but may also prompt you to refuse to wear a mask, even to the point that you get yourself dragged off a plane.

I ran across reactance in a recently published book, The Human Element: Overcoming the Resistance That Awaits New Ideas, by Loran Nordgren, an organizational psychologist and professor at the Kellogg School of Management, and David Schonthal, a clinical professor at Kellogg and director of its venture accelerator program. Nordgren and Schonthal seek to add what they call friction theory to the discipline of change management, arguing that corporate change initiatives often fail because leaders focus their attention on attracting people to their cause, while neglecting four frictions that work against change: inertia, effort, emotion, and yes, reactance.

Corporate change initiatives often fail because leaders focus their attention on attracting people to their cause, while neglecting the frictions that work against change.

The efforts involved in negotiating the return to offices are germane to the way in which friction in general and reactance in particular can torpedo change. “The mistake that a lot of companies are making is thinking that they can simply pay people a little more—for parking or Ubers or lunches—to make the idea of coming into the office more attractive,” Schonthal said. “I don’t think they appreciate that this isn’t an incentive issue. It’s a reactance issue. They’ve given people the autonomy to work at home, and now they are going to take it away. The companies that are winning people over are the ones that are having conversations about preserving some degree of autonomy.”

As the return-to-work conundrum suggests, reactance isn’t triggered by change per se. It is triggered when change bumps up against established norms, beliefs, or expectations, as is often the case with corporate change initiatives—which may help explain why failure rates for such programs are usually pegged at around 70%. “If people have a structured belief and you try to change that belief, that is a moment when people are very inclined to feel reactance. The stronger that belief, the stronger the pushback,” Nordgren said.

The natural inclination in such cases is to respond to reactance by making a more strident case for change and bolstering it with plenty of evidence. The problem with this approach, as seen time and again in the last couple of years, is that it raises the pressure to change, which in turn, creates a reactance flywheel. “To me, this is one of the most important ideas around reactance,” Nordgren explained. “If you believe in climate change and you’re dealing with someone who does not, or if you believe in vaccines and you’re dealing with someone who does not, the more evidence you throw at them, the more they fight against it. They see it as a hard sell, and it makes them more resolute in their beliefs, not less.”

So how should leaders manage reactance? Nordgren and Schonthal suggested several tactics.

Ask, don’t tell. “Executives often feel an obligation to lead change rather than engaging in conversations about it,” said Schonthal. “Sometimes just being open to talking with the people you’re trying to change can go a long way to disarming their reaction to being changed.”

“This is a fundamental principle of behavior change,” added Nordgren. “People are more profoundly persuaded by ideas that they generate themselves than by ideas that are given to them. It’s what makes the Socratic method so powerful. Socrates used questions to get his pupils to arrive at an unavoidable truth, but they made the journey—they arrived at the position.”

Start with yes. “Another bad habit leaders sometimes have is starting conversations at the point of conflict,” said Nordgren. “So, maybe you and I agree that we need to cut costs, but we disagree about where those costs should be cut. I should start at the area of alignment—we both agree that cost-cutting is vital.”

By asking “yes” questions, leaders can use areas of agreement to defuse reactance. “If I’m trying to convince the members of my department to hire a neuroscientist and I know they are likely to disagree, I’m going to ask questions that elicit a shared understanding, like ‘I’ve been thinking about who would make a good hire, and it seems that someone who can keep the department on the cutting edge and help differentiate it would be valuable. Do you agree?’” explained Nordgren. “The more I can get them to say ‘yes,’ the more they will feel that this is our idea.”

Offer people the chance to codesign the change. “If you’re trying to do something that is transformational inside an organization, include the people who are going to be affected by that transformation in its design,” Schonthal said. “When you engage them in design, not only do they have the benefit of warming up to the idea of change, but they also can see their fingerprints on the outcome.”

“This doesn’t mean everyone needs to have equal control or that they’re involved in each and every stage, but the more that people can be given voice in the process, the better,” added Nordgren. “Leaders might groan at this because it adds steps and time, but if they don’t give people a role in designing a change, they are raising the chances that the change never takes place.”