A couple hundred years ago, the French philosopher Joseph de Maistre wrote, “Every nation gets the government it deserves.” As with other great one-liners, de Maistre’s bon mot has been repeated many times since, and somewhere along the line it morphed into “We get the leaders we deserve.” How we feel about this bromide depends on the leader sitting in the seat when it is uttered.

Right now, I find it discomforting. A good part of that feeling stems from my reading of Open Source Leadership: Reinventing Management When There’s No More Business As Usual (McGraw-Hill Education, 2017), by Rajeev Peshawaria, an experienced leadership professional who has served as chief learning officer at Coca-Cola and Morgan Stanley. Peshawaria is now CEO of the Iclif Leadership and Governance Centre, a nonprofit consultancy based in Kuala Lumpur. “Perhaps the biggest inconvenient truth of the current times is this,” he writes. “We’ve been idealizing democratic and all-inclusive leadership far too much, when the need of the hour is — and always has been — autocratic, top-down leadership.” 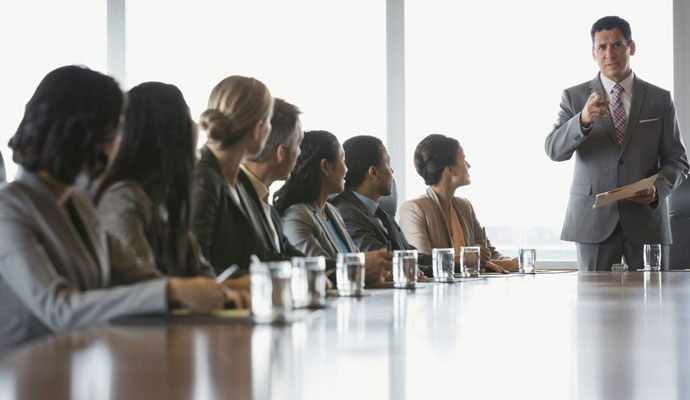 Peshawaria doesn’t define autocrat, so I assume he means leaders who rule with unlimited authority or whose influence or power is undisputed. He supports his conclusion that we need more autocratic leaders with data — specifically the results of Iclif’s survey of 16,000 senior and midlevel executives in 28 countries. In it, he provided a list of famous (but not infamous) leaders, such as Nelson Mandela, Jack Ma, and Mahatma Gandhi, and a mixed bag of leadership traits. About half of the traits represented inclusive, democratic behaviors, such as “relied on consensus and support” and “listened to find middle ground.” The other half represented top-down, autocratic qualities, such as “dared to be different” and “remained firm in their course of action.” The executives were asked to identify the top three traits that the leaders had in common. The autocratic traits came out on top.

Then, Peshawaria asked the executives to rate the following statement: “In order to drive unprecedented success for the organization in today’s fast-paced environment, a significant amount of top-down leadership is required.” Three-quarters of the respondents agreed or strongly agreed.

As much as it pains me to write this, people probably do want autocratic leaders.

This may be scanty evidence for concluding that autocratic leadership is what we followers really want. But there are other indicators that support it, too. Political scientists have noted that, around the world, explicitly authoritarian leaders are having electoral success. And in the corporate realm, the limited number of what Frederic Laloux characterizes as “teal” organizations suggests that employees are not clamoring to replace hierarchical, command-and-control leadership with self-management.

Personally, I’ve never had any interest in taking on leadership responsibilities, either as an employee or as a gig worker. Leaders get paid a lot more than me for shouldering the job, so why should I do it for them? Moreover, based on employee responses to experiments such as Zappos’ run at holacracy, where 15 percent of the workforce walked out before it even got started, I’ll bet there are a lot more people like me in companies than there are the let’s-figure-this-all-out-ourselves types.

It pains me to write it because autocrats come in different flavors, and a fine line separates benevolent dictators from menacing ones. Say we run Peshawaria’s survey again and instead of a list of famous leaders, we substitute infamous leaders: Benito Mussolini, “Chainsaw Al” Dunlap, Mao Zedong. These men, too, dared to be different and challenged general opinion; had long-lasting energy to see their plans through without giving up amid challenges faced; and remained firm in their course of action despite feedback and resistance. But nobody in their right mind would embrace them as positive examples.

The problem with autocrats — political or corporate — is a lack of structural and practical controls. Once they get into power, autocrats not only can do a lot of damage fast, but they can also keep doing it for extended periods of time. That’s because autocrats don’t really answer to their followers. In theory, the corporate ones answer to investors, whose interests often don’t align with workers, and boards of directors, which are notably lacking in teeth. And in practice, corporate autocrats can get away with thumbing their nose at both investors and directors for long periods of time.

So what’s the solution to this conundrum? Peshawaria argues for what he calls “positive autocratic leadership.” That’s great in theory, but not so much in practice. For it presumes that leaders will voluntarily choose to behave more like the Mahatma and Mandela than Mao and Mussolini. And given what we know about human nature, that doesn’t seem like a terrific bet.

If we are unwilling to lead ourselves and we don’t want to be exposed to the dictates of an autocratic leaders, it seems like the only other solution is a systemic one that limits the power of autocratic leaders far more than it is limited now. Until then, I guess we’ll just continue getting the leaders we deserve.