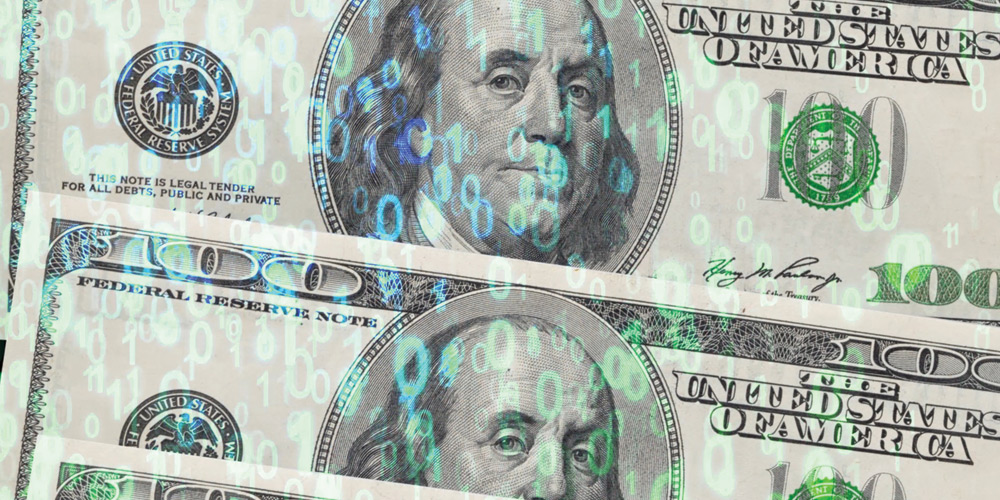 The conventional wisdom about blockchain is that it spells doom for financial-services firms. That may be true for the standard version, which distributes data across a network and puts all nodes on an equal footing. However, permissioned blockchains allow a central entity such as a bank to retain control over access and data. And because most banks have a well-earned and well-established reputation for trustworthiness, they still have a chance to preserve their position as a trusted entity to handle money for their customers.

In fact, permissioned blockchains could allow banks to expand beyond their traditional mandate and offer a wider range of services and products, even outside the financial realm. To capitalize on this opportunity, banks will need to transform their business model into a platform approach in which they align with partners and bundle the customer relationship under a single bank brand. Oh, and they’ll need to beat the digital players that already have that kind of business model in place — such as Google and Amazon — which may have the easier path in simply buying a bank.

A need for secure transactions

Blockchains essentially distribute the authentication aspect of a transaction, making it tamperproof and cutting out the middleman. In that way, the argument that blockchain will eliminate the need for banks seems clear. If customer A sends money directly to customer B and that shows up as a valid, documented action on both sides, who needs a bank? In fact, financial services are far more complex than a simple account transfer, and data and ledgers still need to be kept secure before and after transactions.

The Mt. Gox scandal shows what can go wrong in blockchain without some kind of centralized authority. Mt. Gox was a Japan-based exchange that once handled the majority of bitcoin transactions worldwide. However, in 2014, 850,000 bitcoins (worth about US$450 million at the time) disappeared, and an investigation later revealed that most of them were simply stolen from Mt. Gox directly. Only about one-fourth were ever recovered.

When people’s life savings or retirement accounts are at stake, most will still want an established — and regulated — financial-services firm handling their money. The vast majority of banks already have strong trust-oriented brands in place, along with the regulatory approvals needed to operate in the financial industry. Those are advantages that a bank can reinforce and build on with permissioned blockchains. In a permissioned blockchain setup, not all nodes are equal. Their number is limited or they are assigned a different weight in deciding which transaction to approve. Moreover, a central authority retains the private keys needed to access accounts on the ledger. The ledgers are still distributed, but control remains centralized.

When people’s life savings or retirement accounts are at stake, most will still want an established — and regulated — financial-services firm handling their money.

Permissioned blockchains also have some other advantages over the standard version. They’re more energy efficient, and they don’t have the same scaling and latency problems — primarily because some transactions happen only at the central controlling institution, not on every node. In that way, blockchains can represent more than cheaper databases and transactions. They can be the gateway to becoming a platform of trust.

The key word is platform. If banks continue to offer their current suite of products and services, there’s little to be gained from using blockchain. To truly exploit the power of permissioned blockchains, banks need to transform their business model. Currently, most banks operate as service providers. They create value through human capital, rather than physical assets. That model has worked for generations, but a far more profitable approach is to operate as a network orchestrator, creating value through network capital. In this approach, used by search engines and social media platforms, companies give customers access to other participants in a network. Empirical results indicate that network orchestrators dramatically outperform other businesses in terms of profitability, yet they’re rare, accounting for only 2 percent of all publicly traded companies.

Adapting from being a service provider to being a platform is tough, because it requires applying a new technology and quickly capturing significant market share. Moreover, it’s not enough for banks to simply link their customers to third-party products without taking any responsibility for them. That’s not adding any real value. Instead, banks need to become aggregators — a type of platform model in which banks bundle third-party products under their own brand umbrella, in order to leverage their core asset as a broker of trust.

The technology’s promise of immaculate security could lead to an explosion of services in payments, digital identity verification, and buying services. Specific applications include cross-border or remittance payments, digital wallets that keep users’ identity secure when they log in to online accounts, or records of supply chains that enable a business banking customer to verify sourcing or react quickly to defects. Already, organizations are using blockchain to verify the provenance of goods across the supply chain. Everledger is using blockchain to track the authenticity and origin of diamonds. Walmart tracks fresh produce with distributed ledgers; if there is a problem with one grower, the company immediately knows where all of that grower’s products are in the supply chain, allowing it to coordinate recalls more effectively. In extreme cases, financial-services firms could even manage electronic medical records.

In all those cases, the tamperproof mechanism needs to be managed by a trusted party. Though these services currently cannot be linked to one another, in the future that may be possible. The customer would benefit greatly by being able to rely upon one trusted, blockchain-fueled source — and banks seem predestined for this custodian role. Their core competencies include massive customer portfolios and instantly recognized brands. As an industry, they have spent centuries reinforcing the message that customers can trust them with their wealth. This puts banks in an ideal position to become the go-to source for all things requiring digital trust.

Changing a company’s business model from service provider to platform-based aggregator is multifaceted and tricky. It affects the entire organization. To build a successful, platform-based approach, banks must enhance their existing core capabilities while identifying and integrating partners in those areas where they lack expertise. Employees will need to be convinced that change is necessary, as will customers. Branding and positioning will be key. Banks will have to invest significant capital, and they must tread carefully when it comes to cross-selling and upselling additional products and services to their customers. Banks have a mixed track record with this kind of cross-service offering in the financial realm, and combining this model with other sensitive topics such as healthcare data means charting new territory. Perhaps even more important, banks need to protect their customers’ data — a challenge that is getting harder all the time. The Equifax hack, in which personal data from 143 million U.S. residents was stolen, is one of the most prominent incidents, but banks of all sizes have been affected by data leaks.

Despite these challenges, there are several reasons blockchain meshes perfectly with a platform-based business model. Marco Iansiti and Feng Zhu, both of Harvard Business School, have identified five core properties of networks that help explain why some platforms succeed while others fail; success factors include having strong network effects and an ability to defend against locally clustered competitors. A blockchain-powered trust platform provides advantages with respect to all five properties. First, network effects work in its favor. The more services you have on your platform, the more attractive it becomes for customers. Second, a digital trust platform is mostly free from local, physical supply and demand and is thus not threatened by local clustering. The third factor is risk of disintermediation, which can pose a threat to some platforms but likely would not do so to a banking hub, because it adds a layer of security and offers some services banks can’t arrange on their own. As a result, they likely wouldn’t try to bypass the platform the way they would in order to meet some other needs — for example, if they were looking for a freelancer for a short-term project.

Fourth, because digital platforms of trust can offer many services through a single provider, they're designed to attract and concentrate customers. If a person uses one bank account for personal checking and savings, it’s relatively easy to add investments and a retirement plan with that same bank. If the customer wants to use different banks, he or she needs to go through the burdensome registration process multiple times, and deal with different processes and user interfaces.

The fifth property identified by the authors is “bridging to multiple networks.” And the biggest obstacle that banks would need to overcome in creating blockchain-enabled platforms is that tech giants are already applying the same model — and they are already rolling out blockchain-enabled services. Amazon Web Services (AWS) runs the world’s largest infrastructure for building blockchain platforms and recently released two major blockchain offerings. The first, called Amazon Quantum Ledger Database, is an immutable journal that records and stores each change over time in a blockchain-as-a-service manner, meaning that corporate clients need no server architecture of their own. Quantum Ledger is a centralized blockchain that, according to Amazon, can handle two to three times more transactions than comparable products. The second product, Managed Blockchain, allows AWS’s partners to develop apps on one of the compatible development platforms and then deploy those apps on AWS infrastructure.

Google, for years one of the most active investors in blockchain companies, is now focused on its blockchain-as-a-service platform. Both Google and Amazon are aimed at B2B customers, in that they bring together app developers and companies, but there is no reason they couldn’t replicate this model in the B2C realm. To enter the financial-services industry, Google or Amazon would only need to launch — or buy — a bank, something that either could do with relative ease, given their extremely strong balance sheets. (In China, Tencent and Alibaba received banking licenses in Hong Kong this past May.) In that light, tech players have an easier path than banks.

In sum, blockchain can be a powerful tool for banks, but they must go beyond simply using the technology to execute the same processes faster and cheaper. They should use permissioned blockchains to create digital platforms of trust that transcend finance. Doing so won’t be easy, as banks will need to evolve from the service provider business model that they have used for decades, and forge partnerships in order to aggregate a broader portfolio of services under a single trusted brand. And they must get there before technology players launch new competitor services. A decade from now, the banking industry will look dramatically different. The only question is whether traditional banks will have the foresight to take the steps necessary to win. 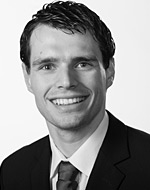 Igor Pejic is the author of Blockchain Babel, a Financial Times Business Book of the Month. He has worked in management positions in banking and payments, most recently as head of marketing at BNP Paribas Personal Finance Austria. He is a speaker on blockchain, financial technology, and corporate innovation strategy.