Executives put a lot of emphasis on corporate culture, and for understandable reasons. The right culture can improve productivity, boost employee retention, and strengthen a company’s brand among customers, among other benefits. Fostering a culture entails—in the popular metaphor of Jim Collins—“getting the right people on the bus,” meaning hiring employees who buy into the corporate culture and make it a part of how they work every day. Yet it also means getting the wrong people off the bus, and that’s often the hardest part.

Imagine this: You have an employee who’s strong in the key aspects of his or her job but is simply not a cultural fit for the company. Maybe it’s a sales rep who routinely wins big contracts but also makes life miserable for his colleagues because of his sour attitude. Maybe it’s a brilliant IT manager who belittles executives on the business side. I call these people “toxic high performers.” Despite their job skills, they’re usually not worth the trouble to keep them around. In fact, they pose a direct threat to the company’s culture, which is why companies that take culture seriously usually try to get rid of such employees. And that’s where things go wrong.

The problem? When culture is the primary reason for an employee’s firing, the employee’s manager typically says something vague during the final, awkward meeting—something like “This isn’t a good fit” or “It just didn’t work out.” That’s not strong enough, and it’s not quantifiable. By most objective standards, the employee is doing great work. Look at those sales numbers! Look at that IT productivity! How could anyone possibly want to fire them for cause? In situations where there’s so little concrete evidence to support a firing, the now-ex-employee fills in the gaps and comes up with other explanations—things like discrimination or something equally illegal—and then starts looking for a plaintiff’s attorney to sue the company.

This is a common problem, in part because culture can be a bit amorphous. Few companies successfully develop one. Fewer still can articulate theirs in a mission statement, let alone truly incorporate it into everything they do: making culture a part of their performance criteria, managing employee performance according to the cultural expectations, and documenting how employees perform as part of that culture. Yet the best companies do all of these things, turning their culture into both a sword and a shield—a way to improve performance and also to mitigate the risk of toxic high performers. How? They ingrain it into every facet of the business—making it a key part of all aspects of the employee life cycle, with documentation to show how it was done.

The best companies use culture as both a sword and a shield, to improve performance and reduce risk.

These companies highlight the culture component in job listings for open positions; during the hiring, onboarding, and orientation processes; and in their employee handbook. Perhaps most important, they make culture a quantifiable part of the performance evaluations for all employees. As with all other aspects of job performance, employees get assessed and rated in how well they fit into the specific and identifiable aspects of the company culture, and their score (with the reasons behind it) gets discussed during regular evaluations.

That way, if a manager needs to fire someone solely because it’s a bad cultural fit, the company has laid some of the necessary groundwork. It can make a clearer case, in both the termination process and exit interview (and, potentially, in a courtroom later on) as to why that employee was not meeting all of the company’s expectations of its employees.

Some leaders resist this advice. They treat their company culture like an atmospheric element, something that can’t be pinned down or reduced to a scorecard. Or they argue that they hire people as “employees at will,” meaning they can fire them for any reason—or no reason—any time they want. That’s true, but letting people go is far easier from a legal standpoint if you’ve established and documented a strong case for why a particular employee doesn’t fit with your culture—and exactly what that means.

Beyond the legal aspect, there’s a more fundamental reason to operate this way: It’s simply a better way to treat people. If culture is important to your business performance—and there’s growing evidence of how profoundly it can improve operational and even financial results—then you need to handle it that way, by tracking it as a key part of the company’s HR processes.

That means you give employees clear guidance as to what’s expected of them, not only for the standard components of their job (such as sales numbers), but also for their attitude, behaviors, and other aspects of their performance with regard to the company culture. It also means establishing transparent performance metrics that show how they’re performing against those goals, along with opportunities to improve.

If (or when) you have to get someone “off the bus,” not only will you have a trail of evidence showing where the person was underperforming against the company’s expectations—productivity, performance, collegiality, cooperation, attitude, meeting deadlines, or something else—but the move won’t come out of left field for that employee. At the end of the day, not only does this approach provide additional legal protections for the company, but it is also only fair. 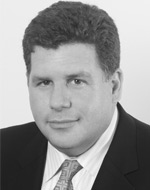 Joel Greenwald is an attorney in New York City who represents companies in employment- and labor-law issues.

Five ways to harness the power of purpose
Lose the lofty statement, and instead explain what you provide to your customers and why it matters.
by Sally Blount and Paul Leinwand