Employers who need to get work done have traditionally had two levers to pull. You can offer greater inducements to humans to come do the work: higher wages and more generous benefits. Markets being effective, that tends to encourage people to cross the street, or to commute a little longer, or to gain the necessary skills. Or, you can invest in machinery, software, and automation that can either do the work on its own or help a smaller number of people do the same amount. If the machines don’t exist that can do the work, a smart entrepreneur sensing demand will develop them.

For the vast majority of circumstances, one of these two levers usually works. But markets aren’t always perfect. An excellent article in the Los Angeles Times last week about the challenges farmers of grapes and other labor-intensive crops in California are having staffing their operations illustrations this conundrum.

Given the macroeconomic climate, we’d expect farms would have a difficult time hiring. This July will mark the eighth year of the current economic expansion. The unemployment rate is 4.8 percent, and U.S. companies have been adding payroll jobs for more than six years. Meanwhile, picking grapes is tough, physical, seasonal labor with historically low wages. Now add another layer of complexity. Historically, the people willing to do this work at the wages on offer have been those who don’t have many other choices. And so over the years, America’s fruit and vegetable industries have evolved to the point where the workforce consists largely of undocumented immigrants. 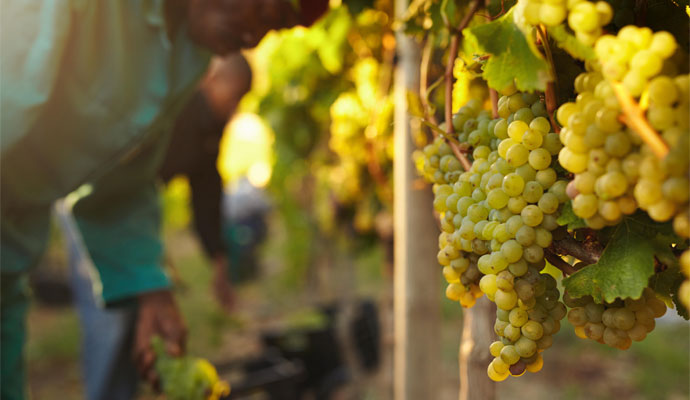 But the context is changing, for demographic, policy, and political reasons. For the last few years — not just the last few months — tougher border enforcement and continued economic growth in Mexico have led to a decline in people crossing the border for work. With the labor pool growing increasingly shallow, farmers must figure out how to hire U.S. citizens to fill these positions.

As the article notes, simply offering marginally — or even substantially — higher wages doesn’t seem to do the trick. Since 1996, farm wages in California have risen 50 percent in real terms, and they rose 13 percent between 2010 and 2015. Today, offering US$14 or $16 an hour — up from $11 and $12 — just isn’t enough to convince people to leave their existing farm jobs, or to encourage people not working in the industry to leave retail or other service positions.

To a degree, this is a matter of supply and demand. Not very many people want to do the work at the wages at which they’re offered. “You don’t need a deep analysis to understand why farm work wouldn’t be attractive to young Americans,” as Philip Martin, an economist at the University of California at Davis, told the Los Angeles Times. There is an hourly wage at which lots of people would leap to pick grapes by hand. But I estimate it’s probably something closer to $40 per hour than $20.

In theory, technology can help. In other areas of agriculture, such as wheat, machines have long since displaced human hands: I have visited farms in North Dakota where a few people and a few combines and threshers reap immense harvests from thousands of acres. But with vegetables and fruits, which are delicate and ripen in short windows, it still takes the human touch. When labor becomes scarce, grape farmers can’t simply purchase off-the-shelf equipment that will do the job of a dozen people.

Companies facing this dilemma — whether they are in the farm business or the ball-bearing business — have another choice beyond greater inducements or investing in technology: They can try to change their business model. As the Los Angeles Times reports, some grape farmers are letting fields lie fallow while others are switching to crops that are less labor-intensive, like almonds or olives.

With the labor pool growing increasingly shallow, farmers must figure out how to hire U.S. citizens to fill these positions.

And there’s another way to change their business model: Reset the expectations of consumers and customers about what the product should cost. For any company, pricing is an extremely important, and often overlooked, component of the business model. Anybody who brings a good to market is, in effect, telling customers what they should pay, whether it’s for a car or a fresh avocado. When it comes to agriculture, thanks to the conditions in the labor market that have been in place for several decades, customers have been conditioned to believe that these prices are relatively low and don’t rise much.

But if your cost of labor doubles overnight, or if you have to suddenly spend hundreds of thousands of dollars on new technology, the price of the product has to go up significantly if a company is to stay in business. And if there’s no relief in sight from these conditions, the prices will have to stay at elevated levels. Companies are understandably reluctant to telegraph to their customers that something fundamental has changed about the price of their product. Nobody wants to be the first to hike prices ­— you lose customers if others don’t follow. If, for example, the price of oil or gasoline spikes, companies that use a lot of fuel, like shipping companies, often respond by tacking on fuel surcharges. But those are always meant to be temporary. Having grown up in an era of low inflation, today’s consumers tend to believe they are entitled to persistently low prices. In fact, when it comes to goods like electronics and computers, thanks to Moore’s Law and the efficiencies of global supply chains, customers have become conditioned to think that things are supposed to get progressively cheaper over time.

Because the markets for both labor and technology aren’t perfect, sectors of the California grape industry are facing an unenviable choice: Curtail production or try to pass on substantially higher costs to consumers. It’s a choice companies in other industries — construction, home healthcare — may face as this economic expansion continues. And their customers may sour on higher-priced grapes.