Over the weekend, Starbucks CEO Howard Schultz dived into the pool of controversy surrounding the recent executive order regarding the way refugees, green card holders, and other noncitizens are treated at the U.S. border. Schultz announced plans to hire 10,000 refugees at Starbucks over the next five years, starting in the U.S., by focusing on people who had served with American troops as interpreters and support personnel in the countries where the military has asked for such support.

Starbucks’s decision to publicly recommit to a diverse workforce was one of the more vocal and ambitious reactions from very large companies. Many companies stuck to low-key statements that simply disagreed with the new policies, and many others have chosen silence.

The reticence, at one level, is understandable. CEOs of large, global organizations don’t want to get into the habit of responding to — or having a strong opinion about — every policy shift in the many countries in which they operate. But at the same time, there’s a heightened expectation that the leaders of America’s largest companies will respond. That’s because we tend to regard these companies as American citizens: They were born and raised here, are based here, and are regarded as symbols of the country. 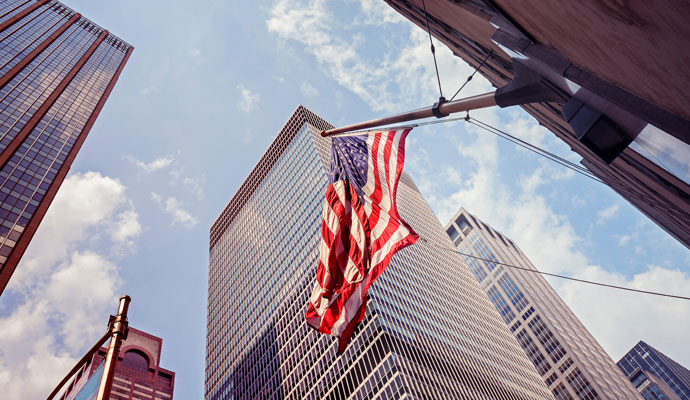 In the past year, starting with the Brexit vote, companies have been forced to consider — and reconsider — what it means to be a corporate citizen of a country. In both the U.K. and the U.S., serious questions are being raised about the ability of people and goods to move freely across borders — questions that haven’t been raised in a generation. The European Union went into effect in 1993, and the North American Free Trade Agreement kicked in the following year. Since then, executives at large companies in the U.S. and Europe have planned their strategies around the idea that they are operating on a global chessboard, not a local checkerboard.

As a result, a set of broadly shared assumptions have taken hold. Supply chains should extend around the world, to areas where it makes the most sense to manufacture. Because consumers live everywhere — only about 4 percent of the human population lives in the U.S. — consumer-facing businesses have to go where the action is and expand aggressively. As much as it has become a cliché, human capital really does matter to an increasing number of businesses. And because people hail from all over, study everywhere, and, increasingly, work in countries other than the one in which they were born, assembling a global team means you’re assembling a potpourri of ethnic, religious, and national diversity.

The path to success at American companies increasingly seems to lie in its international operations.

And so, having adhered to this set of rules, many of our ur-American companies aren’t really all that American any more. Reliable statistics are tough to come by, but the data suggests that for the typical S&P 500 company that breaks out revenues in U.S. and non-U.S. categories, about 44 percent of revenues comes from overseas. Google — with a cofounder who was a refugee from the Soviet Union — in its most recent quarter tallied only 47 percent of its revenues (pdf) from the U.S. In its most recent quarter, Coca-Cola said the North America unit provided only 15 percent of revenue.

You can be an American company but rely on foreign consumers for most of your sales, foreign-born workers for some of your staff and leadership — and, perhaps more significantly, foreign customers for most of your growth. The U.S. is a huge market. You can get very rich operating only here. But once you’ve saturated this market, one whose top line is growing only at about 2 percent annually, you have to look elsewhere. The playbook in American business for the last 50 years has been to dominate the local market, and then use it a springboard into international markets. Starbucks still gets about 70 percent of its sales from a division it calls “the Americas,” which includes the U.S. But in the most recent quarter, about 61 percent of the new stores it opened were outside the Americas.

Indeed, the path to success at American companies increasingly seems to lie in its international operations and the ability to engage global consumers, partners, and executives. Large U.S. companies are far more implicated in the global economy than they like to realize. If you make running shoes, and the world’s best runners are from Kenya, Ethiopia, and Somalia, you’re going to be sponsoring athletes from those countries. It’s no small irony, and perhaps not that surprising, that several of the most iconic home-grown American companies — whose success now rests on success in international markets — are in fact led by CEOs who were not born here: Microsoft, Coca-Cola, and McDonald’s, to name just a few.

Which helps explain why some CEOs of large companies are particularly sensitive to government measures or proposals that seem to be aimed at inhibiting the freedom of people to move, work, and consume across borders. Go look at the Starbucks announcement again. The company pledges to hire 10,000 refugees “in the 75 countries around the world where Starbucks does business.” The release also has a section on its Mexico operations — 600 stores, 7,000 employees — which it also hopes to expand. Companies, and their leaders, may feel compelled to speak out on American policy as American citizens, precisely because they are citizens of the global economy.