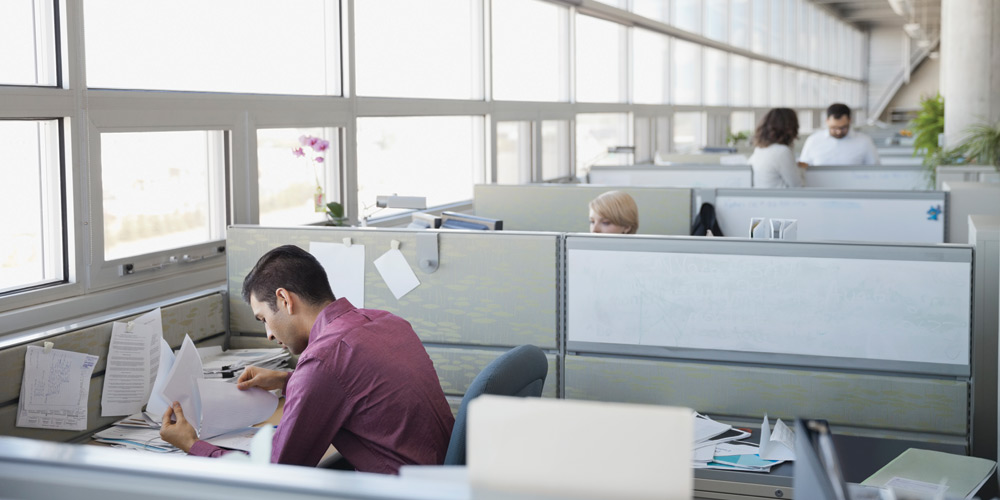 For all the talk in recent years about the need for businesses to offer greater flexibility in when and where employees get their work done, a recent first-of-its-kind report from the U.S. federal government suggests that there has not yet been enough action.

The survey (pdf) from the Bureau of Labor Statistics (BLS) looked at whether employees have opportunities to work remotely and whether they can alter their schedules, as both practices are often grouped together under the term flexibility. (The Alfred P. Sloan Foundation’s National Workplace Flexibility Initiative, for example, defines (pdf) “flexible work arrangements” as altering “the time and/or place that work is conducted on a regular basis — in a manner that is as manageable and predictable as possible for both employees and employers.”)

The BLS survey is particularly insightful because it polled only “wage and salary workers” and focused on their “main job.” The rising number of self-employed people and freelancers, who more often can set their own schedules, were left out. So, too, were those whose work from home is a “side hustle” that helps them make ends meet. So this survey looked at employees of businesses doing work for the business.

When it comes to telecommuting, the figures were particularly disappointing. One in four people said they have worked from home at least occasionally. But that figure includes people doing additional work at home outside of their work hours — some of which they’re not paid for. Only 15 percent of respondents said there were entire days on which they worked from home.

These figures stand in stark contrast to what many workers say they are seeking. Numerous surveys have found the overwhelming majority of employees want to work from home at times. In 2015, Jennifer J. Deal and Alec Levenson wrote in strategy+business that 95 percent of millennials who were surveyed wanted “the option of occasionally doing work from home or some other location outside the office.” Just recently, LinkedIn found that 82 percent of workers want to work from home at least one day a week.

Yet the recent government survey found that some people have the option of working from home, but aren’t taking it. How can that be?

A likely reason is that even when working from home is explicitly allowed in policy, it isn’t always allowed in practice. Some people who have tried telecommuting have reported that they’re stigmatized for doing so. Last year, HR magazine reported, nearly half (46 percent) of workers in the U.K. said they “feel the need to combat a perception that working from home is less productive than being in the office.”

Even when working from home is explicitly allowed in policy, it isn’t always allowed in practice.

This problem plagues numerous industries, but perhaps none more so than big law firms. Nearly two-thirds of firms say they offer telecommuting, but only 5 percent of workers actually take them up on the offer, according to (pdf) the Diversity & Flexibility Alliance.

To make working from home more widely available and possible, it’s important for business leaders to educate managers at all levels of their organization about the practice’s proven benefits. The American Psychological Association recently reported on research demonstrating that when done right, “telework can improve employee productivity, creativity, and morale.”

The news for flexibility in scheduling is better, but there’s still room for improvement. Fifty-seven percent of workers in the BLS survey reported that they can vary their work hours. Among this group, just over a third (35 percent) said they could do so frequently, but nearly one in five (19 percent) could do so only rarely.

Allowing flexible schedules can usher in a world of benefits, including greater productivity and lower absenteeism. And although this flexibility is often thought of as an offering to help companies woo millennials who seek to get their work done at nontraditional times, a study (pdf) from PwC, the University of Southern California, and the London Business School concluded that non-millennials seek this kind of flexibility “in equal numbers. In fact, a significant number of employees from all generations feel so strongly about wanting a flexible work schedule that they would be willing to give up pay and delay promotions in order to get it.”

Of course, both working from home and having the ability to rejigger schedules simply aren’t possible in some jobs. People who work in retail stores, warehouses, oil rigs, hospitals, schools, daycare centers, and many other organizations need to be in certain places at certain times. But even some of these workers sometimes have administrative tasks and paperwork to do, some of which they could take care of when and where it’s more convenient for them.

For my book All In, I explored why this issue is also crucial for gender equality. For both mothers and fathers to be able to care for their children while also remaining in the workforce, they need as much flexibility as possible.

One of the most important steps any business can take to help expand flexibility is to have open conversations about it. Workers need to feel safe requesting the chance to do remote work or get tasks completed during off hours, and managers need to have enough faith in their employees to know that productivity won’t suffer. (This is why I testified in favor of a state law in New Hampshire that would guarantee workers’ rights to request flexibility. It ultimately passed.)

It’s time for the old paradigms of what work looks like — offices in which people sit at desks during the same, standard hours — to give way to a new era, one in which people’s work and home lives can better coexist. When that happens, everyone comes out ahead.