Whistle-blowers are usually remembered fondly by history — but are overlooked or, worse, punished in the present. It is often the case that whistle-blowers end up jobless, harassed, or in jail even when they uncover important information that leads to criminal prosecutions or legislative change. The controversial whistle-blower Bradley Birkenfeld, who helped his clients avoid paying taxes, went to jail in 2014 even though he won a US$104 million award for giving U.S. authorities information that led to convictions and fines. Edward Snowden’s leaks of classified data initiated a much-needed public debate about surveillance policies and inspired an Oliver Stone movie, but since 2013, Snowden has been in self-imposed exile in Russia.

It’s no surprise that companies and governments don’t like having their dirty laundry aired in public, and that the first instinct of organizations is to lash out at whistle-blowers. But there are signs that at both the legal and cultural levels, conditions are evolving to make the world safer for these informants. 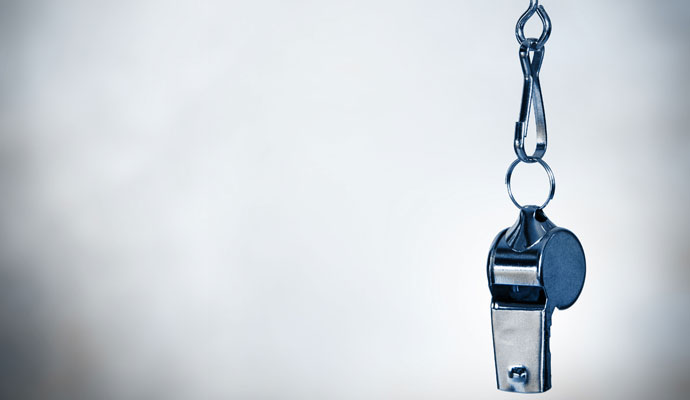 Photograph by Into the Red / Alamy

In 2009, Transparency International, the anti-corruption nongovernmental organization I formerly worked with, published a report on 10 mostly Eastern European countries, but also Italy and Ireland, that examined the perceptions of whistle-blowers and the countries’ respective legal protections. None of them had legislation in place. In these countries, the histories of conflict, authoritarianism, and surveillance states clearly colored people’s views, and the legacy of omertà cast a long shadow. And so a whistle-blower, even one who spoke up about corruption and criminal activity, was seen as a snitch, someone not to be trusted. It’s difficult to quantify the ways in which cultural attitudes toward whistle-blowers have changed, but today, less than a decade later, three of those countries — Italy, Ireland, and Slovakia — have passed whistle-blower protection laws.

Historically, the U.S. has always lead the way on legal protections. In fact, the first whistle-blower legislation was adopted by the fledgling U.S. Congress in 1778 after two naval officers were fired for speaking up about the torture of prisoners. In the 21st century, a series of well-publicized scandals spurred more legislative protection. The Enron collapse in 2001, in which a whistle-blower was ignored, was a key impetus for the passage of the Sarbanes-Oxley Act, which provides protection for corporate whistle-blowers from retaliation and, among other things, allows employees to file suit against employers if they believe they have been mistreated. The Dodd-Frank Act, passed in the wake of the 2008 financial crisis, gives job protection to whistle-blowers who provide the Securities and Exchange Commission with information, and offers the potential for financial awards.

In 1863, the U.S. was also first to allow qui tam lawsuits when it passed the False Claims Act (pdf), known as the Lincoln Law. These lawsuits reward those who speak up, such as Birkenfeld, with a percentage of the penalties levied on wrongdoers if the information given leads to a conviction. This practice may be spreading. Ontario, Canada, introduced a reward program two years ago. Similar protections were up for discussion in the U.K. and Australia last year, but new legislation now before parliament in Australia does not include a reward provision. The European Union, citing the Panama Papers and Paradise Papers cases, has recently announced new safeguards to protect those who speak out.

It is one thing to change the law to reward or protect whistle-blowers after they have come forward. It is quite another to build a culture that encourages people to come forward in the first place. And in this regard, it is clear that there is much work to do. The most recent Global Business Ethics Survey from the Ethics and Compliance Initiative (ECI) shows the rate of retaliation against employees for reporting wrongdoing has actually doubled since 2013. The Government Accountability Project, a Washington, DC–based nongovernmental organization that offers advice and legal aid to whistle-blowers, has plenty of stories of people who faced reprisals for disclosing information about faulty products or fraudulent activity.

The most recent Ethics and Compliance Initiative survey results for 2017 show the rate of retaliation against employees for reporting wrongdoing has actually doubled since 2013.

But here too there is some progress. In March 2018, the International Organization for Standardization announced that it is developing a global organizational governance standard on whistle-blowing systems and requirements (a revision to the ISO 37000 standards on organizational governance). “There is a genuine move in corporate governance to not only have whistle-blowing avenues, but [to] confront the realities of how you support and protect them,” said A.J. Brown, who is on the board of Transparency International and a professor of public policy at Griffith University in Australia. “The public recognition and support is definitely there and growing, in the opinion of many of us researchers watching this over a couple of decades now.”

Brown also suggested that the increase in retaliation picked up in the ECI survey might also represent a greater number of people willing to come forward as cultural perceptions about whistle-blowers change.

Perhaps more telling, from an anecdotal point of view, was the public censuring of the CEO of Barclays Bank after he tried to unmask a whistle-blower who had raised concerns about a senior executive. “Previously, no one would have questioned the right of a CEO to hunt down the identity of an internal whistle-blower if he or she wanted. Now it’s recognized as contrary to good corporate governance. That is a watershed moment for business,” Brown said.

Today, there is a considerable body of literature on best-practice programs in businesses to encourage those who see wrongdoing to speak up. The Government Accountability Project has guidelines, and Transparency International has proposed a plan for businesses that argues protection is good for the bottom line and engenders trust — that elusive quality all companies are seeking to be identified with — as it reduces reputational risk and potential penalties and wins business.

Ultimately, though, creating a culture in which people who see or sense wrongdoing feel comfortable coming forward requires leadership. Laws, guidelines, and corporate value statements can be powerful, but they can only go so far. It is vital for those at the top of companies and governments to promote a culture of trust. If people speak up, they must know that they will be taken seriously, that their information will be investigated in a timely fashion, and that their careers, identities, and livelihoods will be protected. 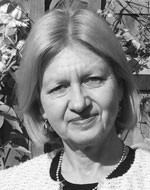