During the past 40 years, a powerful and practical theory of personal growth and development — one based on the evolution of human systems — has emerged. Known as the “levels of human existence” theory, it states that people grow in fits and starts, alternating long periods of stasis with abrupt expansions of their empathy and capabilities. You can track the growth of individuals this way, from birth through their final years.

But the theory’s implications also apply to the macro environment. Families, companies, cities, and civilizations also make developmental leaps. Indeed, changes in the larger systems can trigger evolution in individuals, and vice versa. This is a heartening theory because it shows not just that progress is possible, but how to create conditions in which it is likely. If you’re a business leader, it can help you manage your career path and create opportunities for those who work with you.

To understand the theory, a good place to start is with the work of Clare W. Graves. Graves taught psychology at Union College in Schenectady, New York, for 30 years, starting in 1948. A colleague of Abraham Maslow, he built on Maslow’s idea of a “hierarchy of needs,” which holds that humans focus on more complex motivations when simpler ones are satisfied, moving from physiological needs (food, water, and survival) to safety (shelter and protection) to love and belonging to esteem to self-actualization.

Graves disagreed with Maslow’s premise that people naturally evolved up the hierarchy. Instead, he proposed that there is always a period of crisis and regression before each advance to a new level. This is because circuits in the human brain are switched on when people face challenges (or as Graves called them, “biopsychosocial shocks”).

To label these “emergent cyclical levels of existence,” Graves used letters of the alphabet. But the most popular delineation is with colors, a method introduced by Graves’s associates Don Beck and Chris Cowan in their 1996 book Spiral Dynamics: Mastering Values, Leadership, and Change (current edition, Blackwell, 2005). Beck and Cowan assigned colors to Graves’s levels. They delineated a path of growing enlightenment that oscillates from individual orientation to group orientation and back again, each time broadening like a spiral to encompass a more enlightened, inclusive worldview.

A leap to a new level is not like learning a new skill. It is a shift in the way people make sense of the world. Each phase of the spiral thus gives people an opportunity to learn more about their leadership style — and how it is perceived. For example, in the early phase called red, people are driven by the quest for power over others. As in a street gang, authority belongs to the strongest individual, who dominates others through fear and loyalty. Some managers get fixated here; they don’t see how their own aggressive impulses are holding them back.

Those who recognize the limitations of red move to the blue phase. They react to the damaging nature of the red mind-set by surrendering to an order established by a higher authority. They trust the group will protect them, and they follow its dictates. Many large religions and highly structured organizations operate at this level.

The orange phase that follows is associated with materialism and rationalist energy. Leaders learn to think strategically at this level: Oriented toward achievement, they move rapidly toward clear goals, seeing business as a game that you can win if you know what you’re doing. They learn, sometimes extraordinarily well, to maximize results for themselves with minimal “damage” to people in their group.

The next, more altruistic phase is green. Here, leaders seek to give all constituents a voice in the system — in as close a form to full democracy as possible. Unfortunately, executives at this level are often misunderstood. For example, when green leaders ask for others’ opinions or operate through consensus, their subordinates frequently get impatient; they want their leaders to be more decisive.

Graves called the next transition “the great chasm.” In the previous levels, he said, people view the world as a place of scarcity. Now, at the yellow level, it becomes a source of abundance. In this stage, the focus returns to the self, but as a node closely connected to the system around it. Leaders create circumstances that lead other people to realize their potential. (In the strategy+business article “The Future of Management Is Teal,” Frederic Laloux describes how some organizations accomplish this; in his color scheme, the hue of this level is teal.)

Graves, Beck, and Cowan proposed that human society has evolved the same way that individual humans do, with each new level of civilization being a reaction to the excesses of the previous phase. When red organizations were killing each other off, blue appeared. When the excesses of religious zeal led to the Inquisition, the orange ethic emerged. When orange overran the world with environmental damage — and claimed the damage was an externality, for which it wasn’t responsible — it sent many people to green. Now the lack of catalytic energy in green is setting the stage for yellow to emerge.

If you have a feel for the levels prevalent in your organization, you can intervene with transformational effect.

The further along you are personally in this path of emergence, the longer your future as a leader is likely to be, and the more effective you will be in that role. Moreover, if you have a feel for the evolutionary stages prevalent in your organization, you can intervene more effectively — in a company or even in a complex political system, as Beck demonstrated in the late 1980s and early 1990s in South Africa (with a similar project under way now in Palestine).”This is a means,” he pointed out in an email, “whereby we craft [an intervention] that will fit different human groups at different layers of emergence.” In most organizational cultures, two or three colors actively guide the way people think and act, and by speaking to people in the corresponding manner — focusing on achievement in an orange culture, consensus in a green one, or order and safety in blue — you can help your organization leap to more advanced, more effective ways of operating. 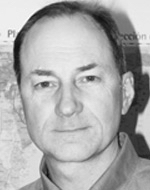 David Hudnut is on the senior faculty at the Center for Creative Leadership in Colorado Springs, Colo.