Sure, having a global blockbuster film with your company’s name in the title is good for business. But the huge box office numbers racked up by The Lego Movie (US$469 million around the world) don’t entirely explain the fantastic results Lego posted in 2014. Total sales rose 13 percent, and profits—at a record $829 million—surged 15 percent. “Everything is awesome!” proclaimed CEO Jørgen Vig Knudstorp, echoing the film’s bouncy theme song, which was performed at the Oscars. But, he continued, “without The Lego Movie, we would have continued our growth trajectory.”

And what a trajectory it has been. Over the past ten years, sales have more than quadrupled. Last year, the Danish company added 893 employees, opened new offices in Shanghai and London, passed Mattel to become the leading toy manufacturer in the world, and topped Ferrari as the world’s “most powerful brand” in the rankings by consultancy Brand Finance. Knudstorp pointed out that much of the company’s market is now in China, where the movie never even opened. “The fact that it didn’t play there means that our more than 50 percent growth rate in China was helped by the general strength of our marketing and assortment,” he said. “The movie is an important event, but it is far from the only explanation.”

Another explanation is efficiency. The company’s operating margin was 34 percent last year, which is extraordinarily high, particularly when you consider that it makes what might appear to be a commodity: plastic, brightly colored bricks. Lego probably has the world’s most efficient operating model. Its logistics are unparalleled. Every brick in every box of Legos, no matter how large or small, comes with a numeric code etched inside. If there is ever a missing piece, or a piece that does not fit, Lego will send out a replacement immediately, and then track down exactly what went wrong in its manufacturing and supply chain. Lego hasn’t had a single product recall in more than half a decade.

While Lego’s logistics and efficiency are fairly well known, the real, unheralded secret to the company’s success is its serious study of play. Most toy companies—like all companies—conduct market research by sending out surveys and forming focus groups. Lego behaves more like an anthropology department. It sends people out into the world to study kids in their natural habitat. Through the Lego Foundation, it is the largest private sponsor of play research, globally. Play is simply part of the company’s DNA. (In fact, the word Lego is an abbreviation of the Danish “leg godt,” meaning “play well.”) Lego has attacked the question of why we play from many angles, including watching kids’ brains under an MRI to see which parts light up when playing with different toys.

The real, unheralded secret to Lego's success is its serious study of play.

About ten years ago, when the extraordinary rise of Lego was just beginning, company researchers noticed that kids who were most engaged in sustained play were focused on mastering a skill, on making something. Whether that thing was landing a trick on a skateboard, or constructing a Millennium Falcon, skills-based play has been and will continue to be the key to Lego’s mission, sales, and long-term profits.

Most companies study consumers to figure out how they make decisions, in order to hijack the decision-making process and sell more products. But Lego does not simply wish to understand why kids play. The company has a different approach to its research, one that is far more ambitious. It aims to understand children’s cultures, the interplay between kids and their parents, and the social dynamics that shape people’s aspirations. The company’s sustained efforts toward achieving a deeper comprehension into consumer behavior give it a unique perspective on what’s important to kids and how to construct meaningful experiences for them. Lego’s focus and sense of direction are unparalleled in the toy industry.

It also helps account for a crucial aspect of Lego’s success. To a degree, Lego’s bricks can be compared to a smartphone—that rare purchase where both kids and parents feel that they have come out as winners. A mobile phone gives parents a way to reach their kids at any time; and it gives kids independence, with a direct link to their friends, games, social media feeds, and photos. Lego similarly provides satisfaction to both the adult buyers and the child recipients. Parents see their children concentrating, making stuff, and learning—without the intermediation of a screen. Kids get to make stuff, play with that stuff, tear it down, build it up, master a new skill, and negotiate a new world. There’s a lot of value for both parties. That feeling of, “Look what I did!” is a fundamental thrill for us all, long after we’ve grown up.

Ironically, young people’s obsession with their smartphones and apps may increase their connection to Legos. The rise of social media actually feeds into the desire for mastery that Lego inculcates. The ubiquity of Instagram, Facebook, and GoPro puts pressure on kids to stand out in the crowd, and put their own stamp on the world. Children today are more adept than any prior generation at posting unique images and craving originality. Lego calls this essential aspect of play “the joy of building, and the pride of creation.”

Lego’s deeply researched perspective on kids also contributes to the sense of fun inherent in its products. The company has a sense of humor and irreverence. It’s filled with funny twists. In some ways, The Lego Movie was the greatest (and certainly the most mass-market) reflection of these attributes. Its overall message—that one need not follow the instructions, or build exactly according to plan, and keep everything in its finished, perfect form—might be the best representation of the company’s ethos. Lego is a world in which imagination rules and “everything is awesome, when we’re living our dream,” as the song’s refrain goes. It would have been impossible for the song, and the film, to exist were it not for Lego’s commitment to understanding the world beyond the company walls. 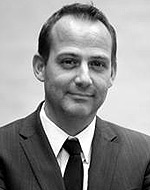 Mikkel Rasmussen is a senior partner at ReD Associates, a strategy and innovation consulting firm , and the author of The Moment of Clarity: Using the Human Sciences to Solve Your Toughest Business Problems.