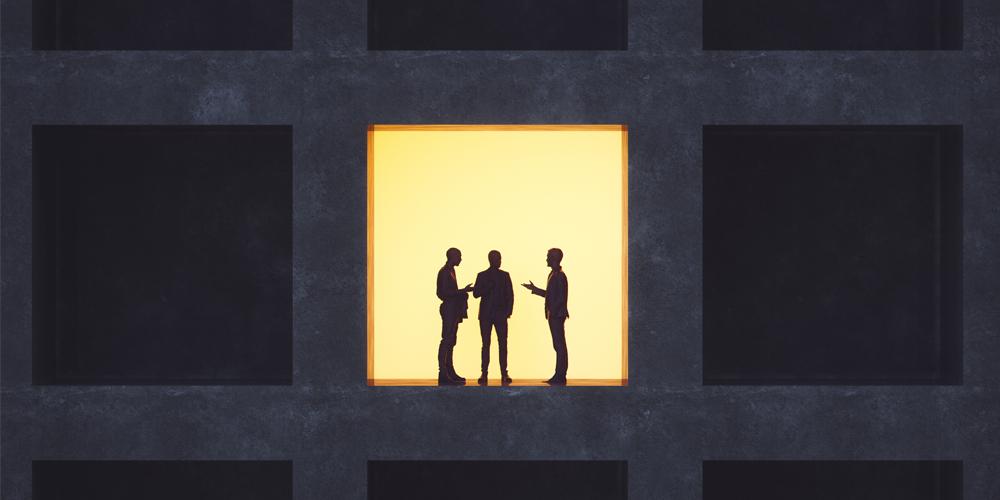 Novels, plays, and films about business can teach us a great deal about managing people, but rarely will you find a better example of what not to do in this arena than by taking a couple of hours to stream Glengarry Glen Ross.

This year is the 30th anniversary of the transfixing film, made from David Mamet’s Pulitzer Prize–winning play of the same title. Both are brutal parables of business as a dog-eat-dog competition driven by desperation, grounded in fraud, and carried out by men whose masculinity is bound up in their work. As one character says, “A man is his job.”

In the decades since the movie’s release, the world has become a different place in some important ways. Women are now everywhere in the world of business, which has changed irrevocably as a result. Unemployment is quite low in the United States and, by Continental standards, in Europe. Recent downturns have been greeted by large-scale stimuli from central banks, which have blunted the impact of stock market slides and even a pandemic.

But it would be foolish to think that the horrendous managers and desperate salesmen of Glengarry Glen Ross exist only as historical artifacts. Mismanagement and desperation go hand in hand and are most apparent during hard times, which always come around sooner or later. By immersing us in the commercial and workplace culture of the past, movies such as Glengarry can help us understand our own business culture. But they can also help prepare us for hard times to come—and remind us how not to manage, no matter what the circumstances.

Mismanagement and desperation go hand in hand and are most apparent during hard times, which always come around sooner or later.

Everyone, in every organization, has to perform. But sensible managers understand that if you make unreasonable demands and threaten dire consequences for falling short, you are just incentivizing unethical behavior, and all parties are likely to suffer. A 2019 article in the Harvard Business Review puts it neatly: “Rather than motivating sales efforts, unrealistic targets tend to result in undue stress on sales associates, increased turnover, and unethical behavior.”

The central figures in Glengarry Glen Ross are a quartet of salesmen (portrayed brilliantly by Alan Arkin, Ed Harris, Jack Lemmon, and Al Pacino) peddling Arizona real estate under the laconic supervision of Williamson, the office manager, who is played superbly by Kevin Spacey. Things aren’t going well, in part because the sales prospects—the “leads”—that management has given the men are egregiously unpromising. Blake, a bullying emissary from headquarters played with satanic energy by Alec Baldwin, shows up to light a fire under the aging salesmen by announcing a sales contest. “First prize,” he explains, “is a Cadillac Eldorado. Anybody wanna see second prize? Second prize’s is a set of steak knives. Third prize is you’re fired.”

If you watch the film, pay attention to Williamson and Blake, the former a soulless functionary and the latter an amoral Beelzebub in fancy duds. Blake is the manager from hell, and in a riveting monologue that Mamet created for the film, he challenges the guys by asking if they are “man enough” to take the money from their prospects. “You see this watch?” he says. “This watch costs more than your car. I made $970,000 in sales commissions last year. How much you make? You see, pal, that’s who I am, and you’re nothing.”

Valuing only money, Blake personifies a ruthless marketplace that doesn’t care if salesmen are nice guys or good fathers—as long as they sell. The men pretend contempt for this aggressive interloper and his resented contest, but they need their jobs, for in truth they have nothing to sell but their ability to sell. They all know that, like sluggers who can no longer hit a baseball, salesmen who can no longer close a sale eventually get booted off the team. When Blake spies Shelley Levene (Lemmon) grabbing some java, he admonishes the older man with palpable menace. “Put that coffee down!” he demands. “Coffee’s for closers only.”

Glengarry’s pitiless account of runaway competition reminds us of the grim adage that “the only thing you got in this world is what you can sell.” That is a line from Arthur Miller’s play Death of a Salesman, but it is also the animating principle of this movie, in which management’s gladiatorial incentives become a grim metaphor. The film’s claustrophobic settings accentuate the pressure on the salesmen to beat one another on the sales board. So does the fact that they are foul-mouthed, backstabbing con men. What counts, after all, is to make the sale.

The protagonists of Glengarry are easy to deplore, yet Mamet and the performers manage to make the salesmen not just sympathetic but even, at times, appealing. If you squint hard enough, you might just see a little bit of yourself in all of them, because all of us, in business and elsewhere, are in some sense always selling, even if we are only selling ourselves. There is no such sympathy in the film for the salesmen’s managers. The takeaway here is not complex: competition is inevitable in business, but pitting employees against one another is a miserable, costly, and often ineffective way of motivating people.

In fact, the managers in Glengarry Glen Ross are so inept that they sometimes cluelessly spoil the cons spun by their own salesmen. Ricky Roma (Pacino), a master thespian in the cause of entrancing prospective buyers, castigates Williamson for shattering the spell he’s laboriously cast over a hapless prospect. “You never open your mouth,” Ricky says, “until you know what the shot is.”

The shot is the game, the pantomime, the fantasy woven to support the buyer’s seduction. But the larger shot, for the salesmen, is getting their hands on some better leads. A stack of them, for the new Glengarry development, is dangled by Blake, but he never got the memo on servant leadership, and so he withholds them. Desperate men will take desperate measures when management pits one against another. With a daughter in the hospital, Levene tries bribing Williamson for better leads, and his boss seems willing, but Levene can’t even muster $100 for that purpose. Moss and Aaronow (Harris and Arkin) go even further, with the former trying to sell the latter on the idea of stealing the Glengarry leads and selling them to a competitor. In Glengarry, management has created a culture without loyalty, mercy, or respect for the law.

The language and attitudes of Glengarry would send people in many workplaces today rushing to human resources—and rightly so. The mantra now is teamwork. Yet new, more genteel forms of undermining, backstabbing, and scapegoating haven’t disappeared, despite the exquisite sensitivities of the modern office. Instead of a chalkboard and a telephone, there are Slack and Twitter. The digital revolution makes it possible to measure—and therefore compare—all kinds of work with ever greater precision. Someday, computers might take over the job of pitting worker against worker, and the whole thing will come to seem antiseptic. But that still won’t make it a good idea.