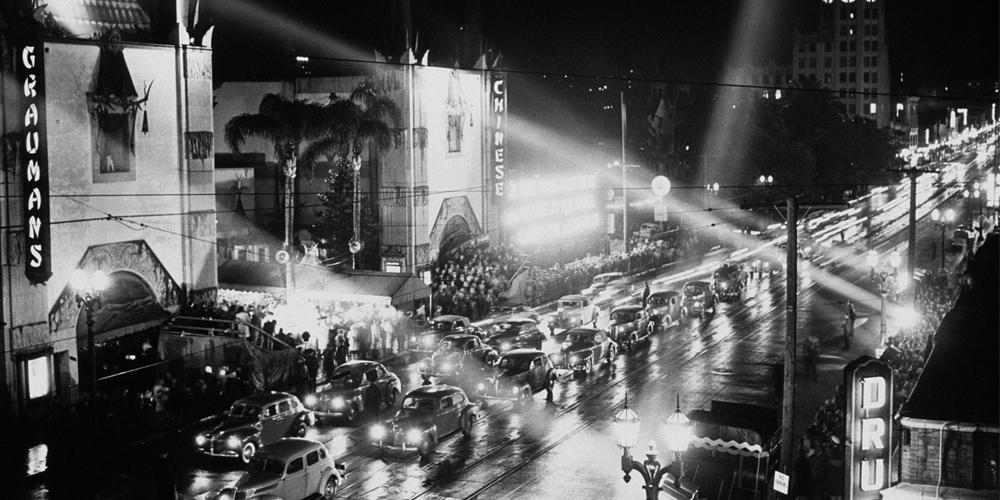 I usually associate pitching with characters like the late inventor and pitchman Ron Popeil, who earned a spot in America’s cultural history—and a small fortune—hawking products such as the Chop-O-Matic, the Pocket Fisherman, spray-on hair, and the Showtime Rotisserie and BBQ oven on late night TV. (“Set it, and forget it!”) But that’s a reductionist view, at best. Pitching is a form of interactive selling that business leaders at all levels need to master.

“We define a pitch as a scheduled meeting for the specific intention of trying to promote an idea, business project, or script,” write Peter Desberg and Jeffrey Davis in their new book, Pitch Like Hollywood. As the title suggests, Desberg, a clinical psychologist and a professor emeritus at California State University, Dominguez Hills, and Davis, a screenwriter and professor at Loyola Marymount University School of Film and Television, look to the film industry for lessons in pitching. And rightly so. Movies and TV shows are typically sold on the strength of a pitch to studio executives that can take anywhere from an hour to several days, depending on the size of the project.

Though CEOs tend to be polished presenters, pitching a new strategy to the board or an acquisition offer to the founders of a promising startup is not the same thing as making a presentation. “The biggest difference is the interactivity. Pitching is not a one-way presentation—it’s not, ‘I’m gonna tell you, and you’re gonna sit and listen to me,’” Davis told me during a video interview with the two authors. “A pitch is less controlled. If your pitch is good, you’re involving the people you’re pitching. You are trying to get their opinions, to get to what’s important to them, and to get them to help you shape your pitch to really make it work.”

This interactivity gets to the root cause of many failed pitches—mishandling criticism. “If a catcher asks a pitcher a hostile question or points out a flaw, and the pitcher gets defensive or counterattacks, the conversation dies,” said Desberg.

For their pitch to avoid this fate, leaders should take a lesson from a story the authors relate about a creative director at an ad agency who pitched six potential campaigns to a tire company executive. When he’d finished, the exec looked at him and said, “I hate everything you’ve shown me.” Unflustered, the creative director asked, “Which one do you hate the least?” That question led to a conversation that ended in a successful campaign.

Like the creative director, good pitchers see criticism as a green light. “They’re thinking, ‘This person is trying to enter a creative collaboration with me. I’ve got to nurture the heck out of that,’” said Davis. “Show business, like all business, is more collaborative than ever. If you’re not a collaborator, you have no future in business.”

Another difference between pitching and presenting is that, in making a pitch, you must sell yourself and your ideas. “When you’re pitching, you’re always giving two pitches. You’re pitching your ideas or solutions, and you’re pitching yourself,” said Desberg. “You have to make ‘why you?’ clear by explaining your involvement and communicating your passion. Your goal should always be to have that person thinking, ‘Well, I’d like to be in business with him. I like the way he thinks. I like the way we collaborate.’”

Though Hollywood pitches can go on for days, Desberg and Davis find that catchers often make their decisions intuitively in the first five to ten minutes of a pitch, à la Daniel Kahneman’s “thinking fast” mode. Thus, leaders should understand to whom they are pitching before they start constructing a pitch. “This comes right out of Kahneman’s work,” said Desberg. “The more I know about the kinds of things you believe and have faith in, the better I can shape my pitch. If I can grab you at an intuitive level, and everything I say right at the start makes sense to you, the pitch is going to be a lot easier.”

When the time comes to craft your pitch, think of it as an exercise in problem-solving. “If you don’t have a problem, you have nothing to pitch,” write Desberg and Davis. Then, construct the pitch from three components: a hook, a log line, and the traditional three-act structure that underlies most of the films produced by Hollywood studios.

The hook and the log line serve as the pitch’s opening. The hook is a single statement designed to grab the catcher’s attention. “It has to be memorable. It has to be engaging. And I think, most important, it has to be unique,” said Davis. “The last thing you want in any pitch in Hollywood or in business is for someone to say, ‘Oh, I’ve heard that before.’” The log line then introduces the problem you will solve and hints at the compelling story to come.

In simplified business terms, the three-act structure starts in act 1 by orienting the catcher and introducing the problem you propose to solve. In act 2, the barriers to solving the problem and the ineffectiveness of solutions other than your own are heightened—piquing the catcher’s curiosity and the suspense. And in act 3, you resolve the problem with your solution.

The problem your pitch proposes to solve is what screenwriters call the conflict, and it drives a pitch as well as a script. When Desberg and Davis studied how comedy writers construct bits, they discovered that writers don’t start with the story or the characters. “They go for the conflict,” said Desberg. “Conflict is everything, and it’s the essence of the three-act structure, because it builds interest, and that is what you always want to do in your pitch. You want your catchers wondering what’s coming next and where this is going.”

Finally, practice giving your pitch, not only to ensure that you are prepared for the questions and criticisms that will inevitably pop up when you do it for real but also to minimize stage fright. “The data is really clear on performance anxiety,” explained Desberg, who teaches people how to overcome it. “It’s not a question of ‘have or have not.’ It is situational. If the stakes are high enough, pretty much everybody will feel stage fright.”

To manage stage fright, Desberg counsels practicing your pitch in conditions as close to those of your performance as possible. “Video your pitch, because that will point out every place where you’re not quite confident, where you don’t quite find the words,” he said. “Get a group of friends or colleagues together to listen to your pitch, and make it interactive. Tell them to interrupt you with hostile questions and walk out of the room and come back in. The more you practice under those conditions, the better you’ll be when it counts.”

The most anxiety-ridden times in pitching are the two minutes on either side of the start. So, said Desberg, “when you’ve done all of that, and you think you’ve got it down, run in place really hard until you are out of breath, and then practice giving your pitch. After that, you’ll feel like you can give it even when feeling panicky.”

Do all of this well, and you’ll know how to handle it when the unexpected happens, like when a catcher stands up in the middle of your pitch, asks you to keep going, and leaves you alone in the room with his pet dog. Larry Brezner, who managed Billy Crystal and Robin Williams, said that’s what happened when he and a writer brought a movie idea to New Line Cinema. As instructed, they kept pitching the exec’s German Shepherd. Ten minutes later, as the pitch was ending, the exec returned, said he loved the idea, and bought it. The movie was eventually released as Ride Along, starring Ice Cube and Kevin Hart, and made US$154 million at the box office.