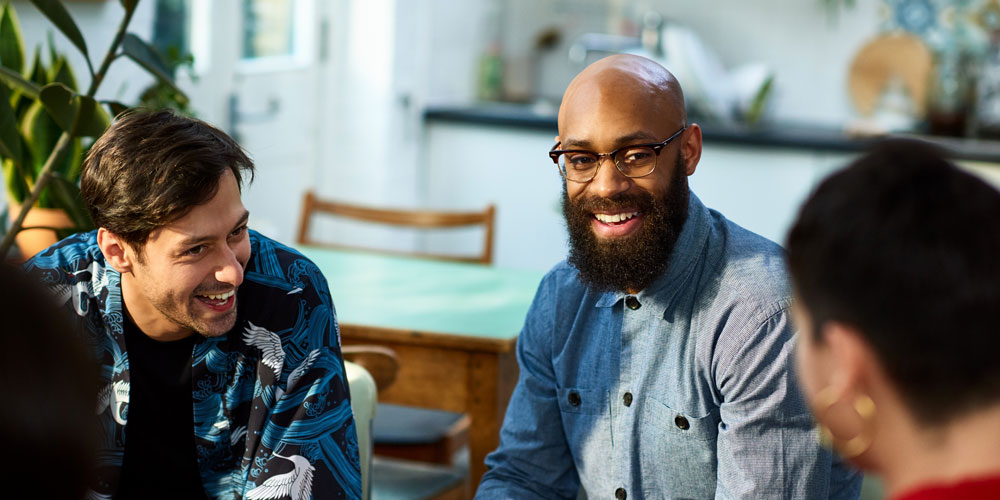 When I was a young man, I discovered a magic trick. I found that by listening patiently and remaining calm, I could convert angry callers from enemies into friends during a single fraught phone conversation.

Turns out, I had merely reinvented the wheel. One of the 20th century’s greatest psychologists discovered that trick long before I was born. His name was Dale Carnegie.

It’s a name that inspires cynicism. Although his best known work, How to Win Friends and Influence People, has won countless acolytes, from the outset his detractors saw him as little more than a proselytizer for sycophancy. Worse, they blamed him for a supposed shift in the nation’s business culture from Puritan rectitude to shallow likability, and from character to personality. One critic, writing about Arthur Miller’s Death of a Salesman, argued that Carnegie’s book was just the sort of thing that might have influenced Willy Loman in ways that led to his tragic end.

Yet How to Win Friends and Influence People—the title itself has entered the cultural lexicon as the basis for parodies and spin-offs—remains in print 85 years after its initial publication. Translations have carried its message around the world. Revised editions have taken account of changing times. There is even a version called How to Win Friends and Influence People in the Digital Age. How could a text so widely reviled retain such enduring appeal? To find out, I decided to read it—and to track down the original, or as close as I could come, the better to grasp what the author was getting at in the first place.

Chalk up another member of the cult of Dale Carnegie. How to Win Friends and Influence People is one of the bestselling business books of all time because it is one of the best and most useful you will ever encounter. And it is perhaps even more useful today than it was in 1936. Carnegie’s insights are unerring and his folksy style irresistible. Most of all, How to Win Friends and Influence People has a deeply moral core that challenges readers to do better in business by being better people. “You might think his techniques are superficial and manipulative, appropriate only for salespeople,” writes Jonathan Haidt, a social psychologist at New York University’s Stern School of Business. “But Carnegie was in fact a brilliant moral psychologist.”

Calling his book self-help is like calling Moby-Dick a book about a whale. Carnegie understood that the purpose of insight is action, and that we are what we do. So why shouldn’t he help us change for the better? Instead of concocting fanciful theories like those of Freud and Jung, Carnegie relied on observation and experience in the manner of such brilliant contemporaries as Erving Goffman, Eric Hoffer, A.O Hirschman, and E.M. Delafield. That he communicated his ideas in shrewdly crafted plain English—never resorting to self-important jargon—is all the more to his credit. Haidt said of Carnegie’s book, “It gives you superpowers.”

Of course, How to Win Friends and Influence People is a product of its times. The earliest versions included a chapter of marital advice that was darn progressive for its day but unsuitable to ours. Carnegie is also repetitious, if engagingly so, perhaps because, like all great communicators, he understands that nothing sinks in unless we hear it again and again.

The book’s central notions are profound in their simplicity. Carnegie asserts, probably correctly, that dealing with people is often the biggest problem in business. And in order to deal with people effectively, we have to understand them. That means seeing things from their point of view. To do that, you have to talk to them about their lives and interests, and you have to listen with your undivided attention.

Carnegie asserts that dealing with people is often the biggest problem in business. And in order to deal with people effectively, we have to understand them.

Crucially, Carnegie’s book is built on a very clear idea of what humans are like. Long before behavioral economics rose to prominence, he noticed that people were irrational slaves to their desperate needs for attention and admiration—and that, contrary to popular belief then and now, they were motivated by many things besides money. “When dealing with people, let us remember we are not dealing with creatures of logic. We are dealing with creatures of emotion, creatures bristling with prejudices and motivated by pride and vanity.”

Yet Carnegie didn’t see people as just means to an end. On the contrary, he demands that we see them as they are and accept them on that basis. As such, he places people at the center of his value system, which was premised on the idea that humans are essentially good. And because people want to believe they are good, they are highly susceptible to appeals to their better angels. “Few of the criminals in Sing Sing regard themselves as bad men,” the prison warden noted in a letter to Carnegie. “They are just as human as you and I. So they rationalize.”

The rest of us are no different. Which is why Carnegie says criticizing breeds only defensiveness. Wherever possible, use positive reinforcement, especially praise. “There is one all-important law of human conduct,” he writes. “Always make the other person feel important.” Arguing with people is a waste of time, since nobody wins. Positions harden, hostility increases, and victory can only come at the expense of far more important goals, such as a lasting and mutually beneficial relationship. That doesn’t mean being a doormat; just pick your battles and use diplomacy. You might even be at fault. “Do you know someone you would like to change and regulate and improve?” Carnegie asks. “Good!… But why not begin on yourself?”

One of the most startling aspects of the book is how much it demands from us. Again and again, Carnegie asks us to refrain from judging, to exercise understanding and restraint in dealing with others, to lay aside our parochial problems and interests, and to get genuinely interested in our fellow humans by rising above the self-interest that is our common lot. He also insists on what is now fashionably known as epistemic humility—the very real likelihood that you might be wrong, something you ought to admit promptly and cheerfully whenever it’s pointed out to you. “I believe now hardly anything that I believed twenty years ago,” he says, “except the multiplication table.”

Feel superior to others, particularly those in other cultures? Remember that they feel superior to you too, often with good reason. So get over yourself. “We ought to be modest,” he says bluntly, “for neither you nor I amount to much. Both of us will pass on and be completely forgotten a century from now.”

Implicit throughout is the radical belief that you might as well keep your troubles to yourself, because hardly anybody else really cares about them. Besides, getting interested in other people’s troubles might be the most effective way to counteract your own.

Anyone in charge of managing people ought to read the book twice. One of its most interesting points, made implicitly throughout, is that relationships—and success—are built on trust. Trust your subordinates to tell you what they can accomplish, and you’ll be surprised how hard they work to achieve their own ambitions.

Besides, the day of the authoritarian manager is past. In free and affluent societies, executives will more and more find themselves dependent on a complicated blend of highly educated and self-absorbed workers and consumers. If Carnegie’s insights were effective in the 1930s, they will probably be even more effective today.